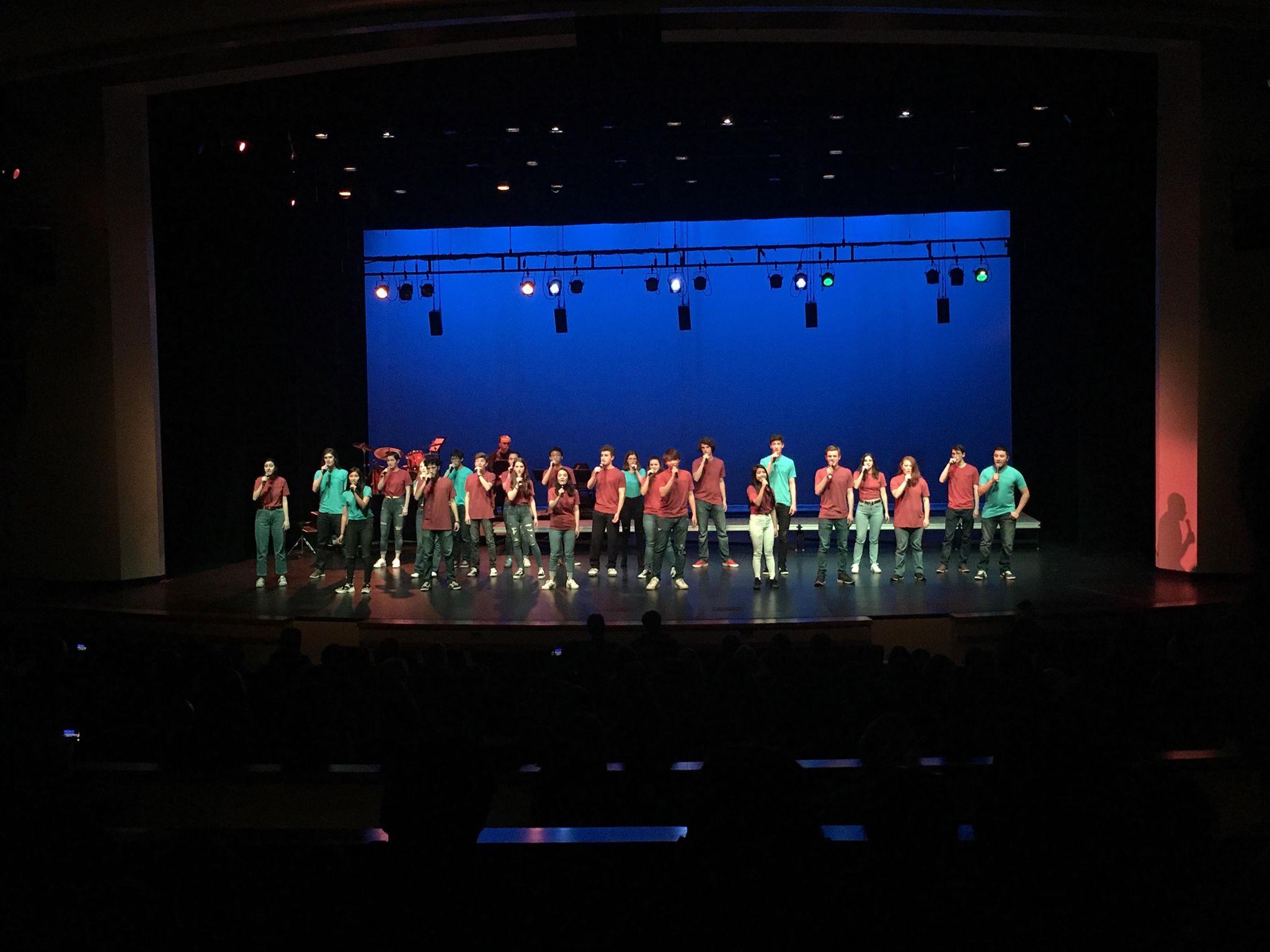 Many students and parents attended the Pops Choir Concert, hosted by the Paly Choir in the Performing Arts Center on Feb. 8 and Feb. 9. The show featured a number of pop songs songs from the 2000s, which were performed by a combination of sololists and a capella groups.

It ranged from senior to freshman singers. The concert was directed by choir teachers and directors Michael Najar and Brittney Kerby. The concert was split up into two acts, which consisted of 37 different songs.

The student groups that performed included the Heartbreakers, Premier Choir, Vikapella, Madrigal Singers, Heartbeats, Acafellas and The Festival Choir. The song selection included “Mr. Brightside,” “Chasing Pavements,” “Yellow” and “Hey There Delilah,” among others. For the final song, The Festival Choir performed “Party in the USA.”

According to Najar, the students had been preparing for this production since the last week of December.

“For 16 years, it has been a Paly tradition. Every year we have a different theme. We actually think it’s educational for students and parents to learn about pop songs from the 2000s, which is what we decided to do this year. This concert was really important because, for most of these kids, it’s all about the individual singer. If you make the individuals stronger, the choir as a whole then gets stronger.”

Senior Esme Stotland has been a part of choir for four years and performed a solo called “I’m Yours” by Jason Mraz.

“Choir is such a wonderful community,” Stotland said. “I’ve met some of my dearest friends through choir, and I also just love music and I love singing.”

Stotland said that watching her classmates perform was a positive experience for her.

“This concert was so much fun to be a part of. I always love hearing everyone sing solos, especially those who aren’t as loud in class.”

Senior Jess Weiss has been in choir for four years as well, as it is her passion.

“I always loved to sing and I was already taking voice lessons so it felt like an obvious choice to sign up for choir,” Weiss said. “We have a concert every year but I feel like the 2000s theme made this one really special because we all grew up with that music.”

The next performance from the Paly Choir will be the Golden State Spectrum concert, on March 8.