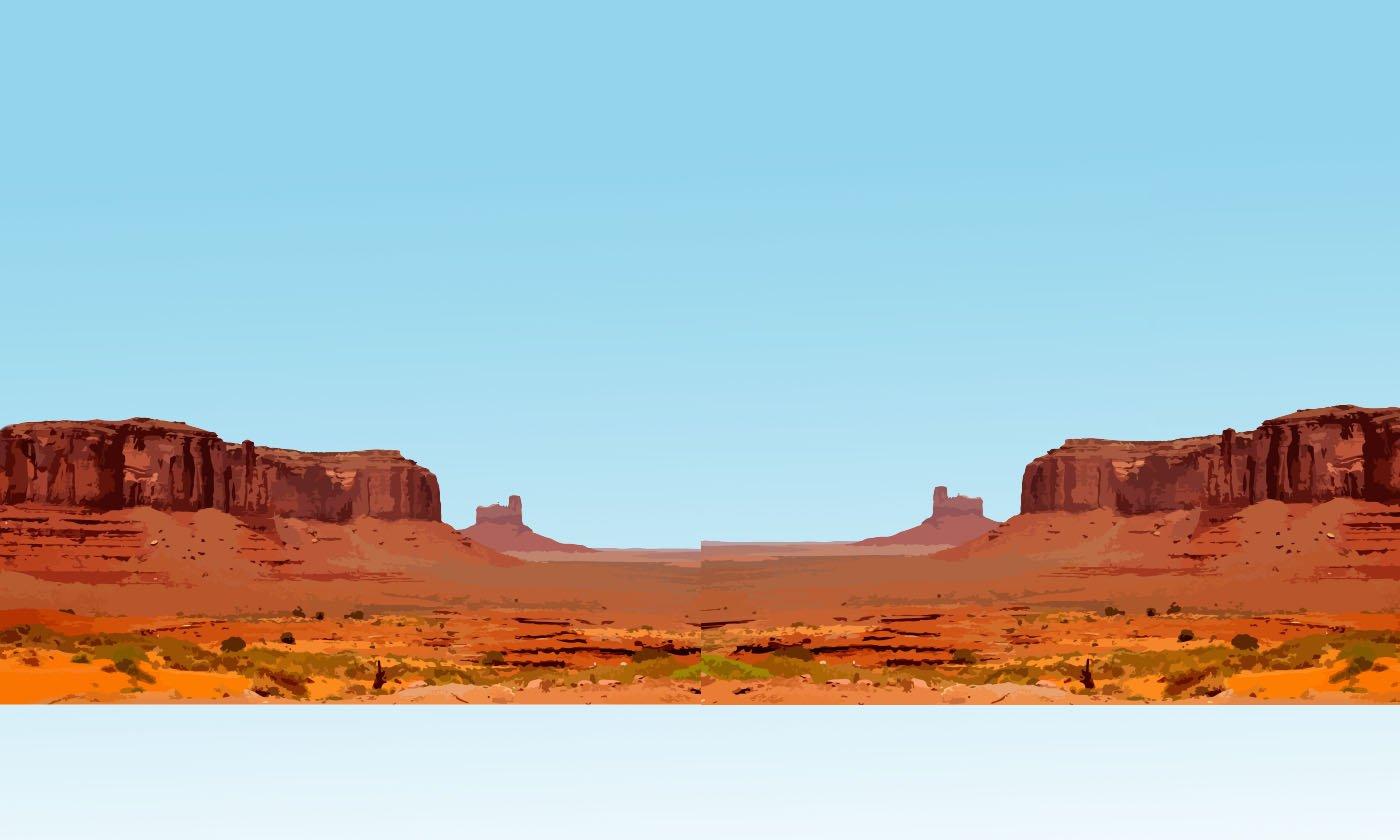 Every athlete has had a bad day, whether it was a bad practice, game or race. Sometimes they land on their ankle the wrong way, distracting them from their shot, or they flick their wrist in the wrong direction throwing the ball way out of line, or sometimes they just can’t move as fast as they’d like to.

Mistakes and failures are a part of life, and they manage to wiggle their way into athletic ventures as well. Sometimes, though, mistakes are persistent. A basketball player takes the shot she has practiced 20 times but throws an airball, or a soccer player shoots the same penalty he has taken in practice and it clunks off the post. For many student athletes, practice after practice, hour after hour, determination and perseverance run low as their performance remains the same.

This is a common, annoying phenomena with athletes, informally known as plateauing. Plateauing is when an athlete seems to stop getting better in their sport, hitting a “plateau,” where their rate of progression over time slows to a halt. Despite going through tough practices everyday, eating right and sleeping enough, athletes seem to stop improving.

Sometimes athletes can bounce back, but some never do. Junior Alana Abeyta, a varsity basketball player and former soccer player, started to burn out after nearly nine years of soccer when she hit a plateau.

“It was a downward spiral for about three years. I just reached a natural point where I felt that I wasn’t going to see immediate results anymore and that was hard for me to accept. I did the same thing every single day for so long that I could just tell I was not improving.”

Abeyta recognized the plateau when she started to feel like she was not improving, despite toiling in practice after practice.

“It was exhausting,” Abeyta said. “I remember after a while I started to dread coming to practice and going to soccer games because it wasn’t fun anymore. It was just so monotone.”

As an athlete, it can be difficult to differentiate between just “having a bad season” or genuinely plateauing. However, in the case of an athletic plateau, there’s usually a powerful mental component in addition to the physical inability to perform properly. In Abeyta’s case, her stagnating performance caused her to burn out as she no longer reaped any benefits despite putting in hours of work a week. In a vicious catch-22, her mental burnout caused by her lack of progression drained her motivation, pulling her deeper into an athletic limbo.

“It was more of an internal feeling,” Abeyta said. “It wasn’t all at once, but I noticed it in the span of two or three seasons, and it made me feel stuck and no matter how hard I tried, nothing was changing. I saw no point in working so hard if I wasn’t going to see the results I wanted.”

In Abeyta’s case, while her performance slowed to a halt, her relationship with her coaches remained healthy and friendly, and she never received any negative reinforcement or comments despite her stalling progress. In her case, it was mostly her parents pushing her to succeed.

“I felt really pressured by my parents to be better but my coaches were very supportive for the most part,” Abeyta said. “I didn’t get punished because it wasn’t until about a month before I quit that they could really tell something was going on.”

Abeyta persevered through her last few seasons, but eventually was forced to quit after her plateau-induced burnout.

“I mostly internalized it and tried to push through, but after a while I just couldn’t do it anymore,” Abeyta said.

Abeyta is not the only Paly athlete who has burned out as her performance struggled; varsity junior volleyball player Ashley Xu sympathizes with Abeyta’s experience.

Xu, who has played volleyball for six years, found herself exhausted and insecure after working for countless hours with little results during her junior year volleyball school season.

“Before last season, I was always a starter and got the most kills out of everyone on the team,” Xu said. “It was a pretty large difference between last club season and last school season.”

In the wake of her seemingly stalling performance, Xu worked harder in practices to make up for her increasing time on the bench.

“I’ve found myself trying to compensate by working harder and more, but I haven’t seen much of a result, so it’s really emotionally and physically draining,” Xu said. “When I looked around, I felt like the skill gap between my teammates and I was growing; I slowly started losing playing time during games.”

“I did feel unfairly treated. When our stats came back, the amount of points I’ve played was among the least of my team. Every time I was on the court, I was too focused on not messing up instead of enjoying the sport or playing smart. It was super stressful, too, since if I made a single mistake my coach would just take me off.”

Unlike Abeyta’s story, however, Xu is starting to break through her plateau as she recovers during her offseason and club season.

“I was super unwilling to invest my time into volleyball during the school season, since I just felt unneeded on the team,” Xu said. “My passion’s growing back, though. I haven’t broken through it yet, but think I’m starting to.”

Unlike Abeyta, Xu still has some passion for the sport, and will continue playing through her high school career. However, the plateau has still affected her performance and love for the sport, and her perspective on the sport has changed since.

“I’m not going to quit volleyball just yet, sin we I think I’m nearing the end of my dry spell; however, I will say I’ve considered it,” Xu said. “I definitely no longer want to play in college, though.”

Plateaus can be difficult for everyone involved: the struggling athlete, their teammates, and even their coach. In her years of coaching, varsity dance coach Alanna Williamson has encountered many plateauing athletes, and despite their seemingly endless stalling progress, Williamson has found several ways to help her athletes diagnose and eventually overcome their plateau.

“It’s clear as a team when we start to plateau because we’re not able to make progress with our scores, or I start seeing corrections that I give not being applied,” Williamson said. “That’s not because the [athlete] isn’t working hard enough, but because they either aren’t sure how to apply the correction or they need it explained in a different way, or because they don’t have the strength or flexibility needed to really apply it fully.”

Williamson describes plateauing as what happens to athletes when their bodies stop responding well to the workouts because they no longer  work the weaknesses of the athlete anymore.

“A plateau of any kind signals that you have gotten comfortable, and that your body needs to be given somewhat of a dramatic stimulus to kick start change,” Williamson said. “Sometimes when students plateau in a skill and aren’t making progress, it can signal that they need to introduce some kind of cross-training into their routine to develop supporting muscles that will help them execute their skills.”

Williamson also stresses how common the affliction is, especially prevalent when athletes start to bridge from intermediate to advanced proficiency in their sport.

“It’s very common to plateau in any sport, particularly when you have hit the intermediate level, and are trying to push to an advanced athlete in your sport,” Williamson said.   “When you’re a beginner, the improvement is very visible and has very clear steps for improvement. However, at an intermediate-advanced level, the changes athletes start to make end up being very minute.”

For Williamson, the best way to keep her team from stagnating is to diversify their range of drills and exercises, so the athletes can find what works best for them and they can work more on those specific exercises depending on the athlete’s weakness.

“I try to incorporate and introduce new stretches and exercises into practice constantly so that they can figure out which ones work best for them,” Williamson said. “ I want to encourage my team to do these workouts at home, based on what they need to get stronger or more flexible.”

In addition to keeping workouts physically diverse, Williamson also sits down with her athletes to discuss their specific goals and how she can specifically aid them in achieving those goals.  “We have meetings one on one where we discuss goals that they have for themselves as athletes, and that gives me the power and confidence to really push them through plateaus to meet those goals,” Williamson said.

Though Williamson coaches a competitive team, she understands that the mental and physical health of the athlete are necessary and prioritized.

“Injury prevention and compassion come first; I would never want to push an athlete so far that those things took a beating,” Williamson said.

According to Williamson, the correct way to overcome a plateau is through hard work, and a sense of compassion on the coach’s part. “I don’t think a plateau is something that needs sympathy, but rather compassion, and then lots of hard work, Williamson said. “However, I try to be the coach that the team needs, rather than trying to force mold them into the athletes I want them to be.”