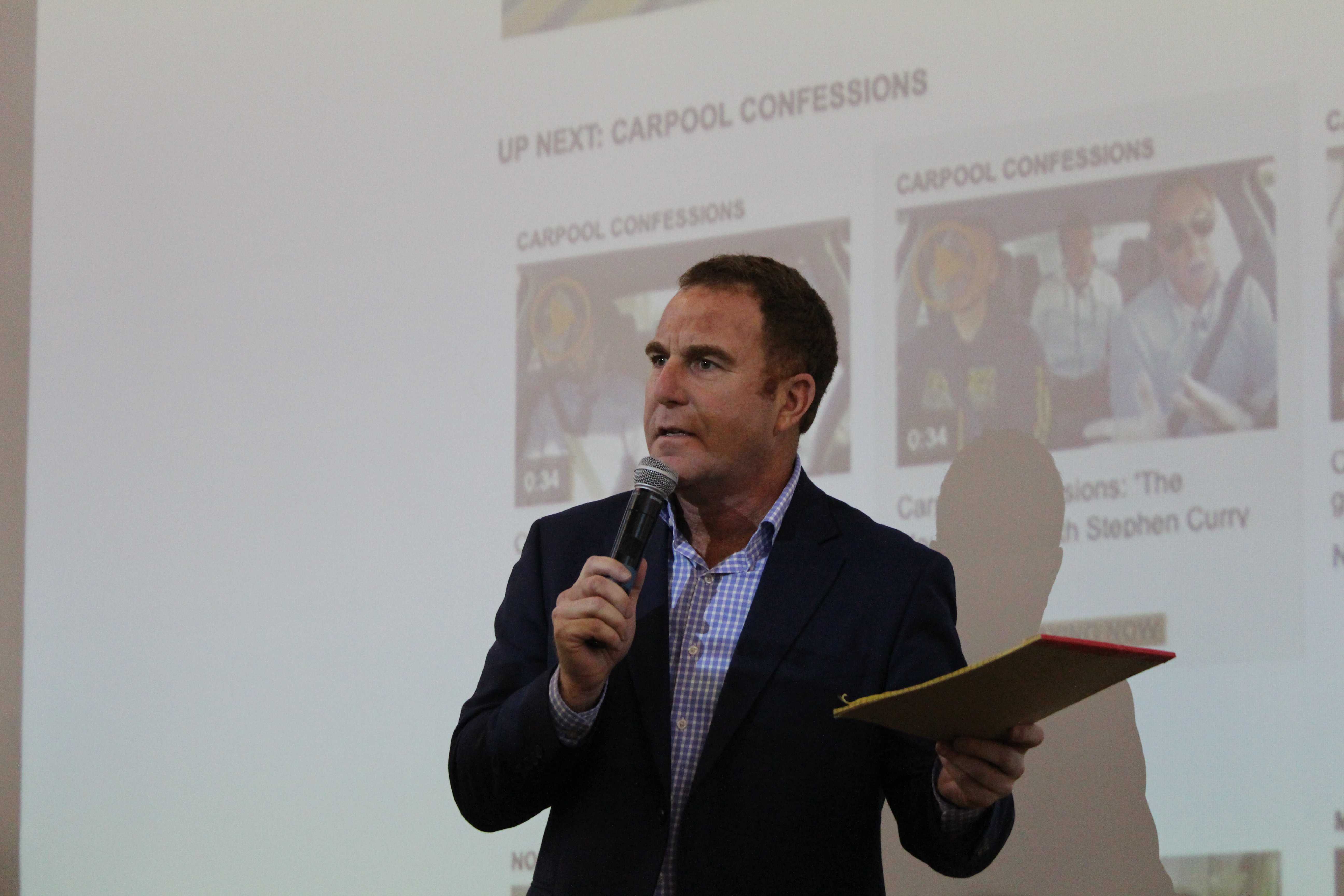 As part of the centennial celebration, the majority of speakers at this year’s Career Month are Paly alumni. Paly’s eleventh annual Career Month, which hosts speakers from a variety of professions, began on February 25 and is running through March 8 in the Media Arts Center (MAC) and the Performing Arts Center (PAC) Lobby.

“This year’s career month will be a part of the centennial celebration. In collaboration with the centennial committee, we have invited over half of speakers who are Paly alumnae.”

The Committee wanted to focus on the broad range of careers that a Paly graduate can go into, according to Martin.

“We try to get a wide range of careers for our speakers. The committee sends out a survey asking what fields students are interested in, one thing that was clear from the survey was students would like to hear from a doctor, and we do have an OB/GYN coming this year.”

One of the speakers is Paly alum and former Campanile staffer David Feldman, who is currently a sports broadcaster for NBC Sports Bay Area. This is his second time coming to speak at career month. According to Feldman, he loved his Paly experience and enjoys speaking to current Paly students.

“I wish they had this when I was at high school,” Feldman said. “I think it’s great to hear about people in different professions.”

While she recruited parent volunteers for the first six years, she started training students to run it starting in 2015. When GiPA started offering student internships, Owen created the Career Month Student Committee.

Owen no longer works at Paly, and the Career Month Committee is now run by the school.

“I started Career Month after working at Paly for a couple of years and seeing that there wasn’t much exposure to the world outside of high school,” Owen said. “Silicon Valley is such a rich community of professionals and students needed to experience that. We would survey students about their interests, and read up on hot careers and invite certain dynamic professionals that we thought would inspire Paly students.”

As advice to teenagers who aren’t sure about what they want to do, Feldman suggests keeping one’s options open and exploring new opportunities. However, he also emphasized that career aspirations can change.

Feldman said, “The thing is you’re a teenager … you don’t exactly have to know what you have to do. Whatever your interest is, pursue it, maybe try a couple different things.”