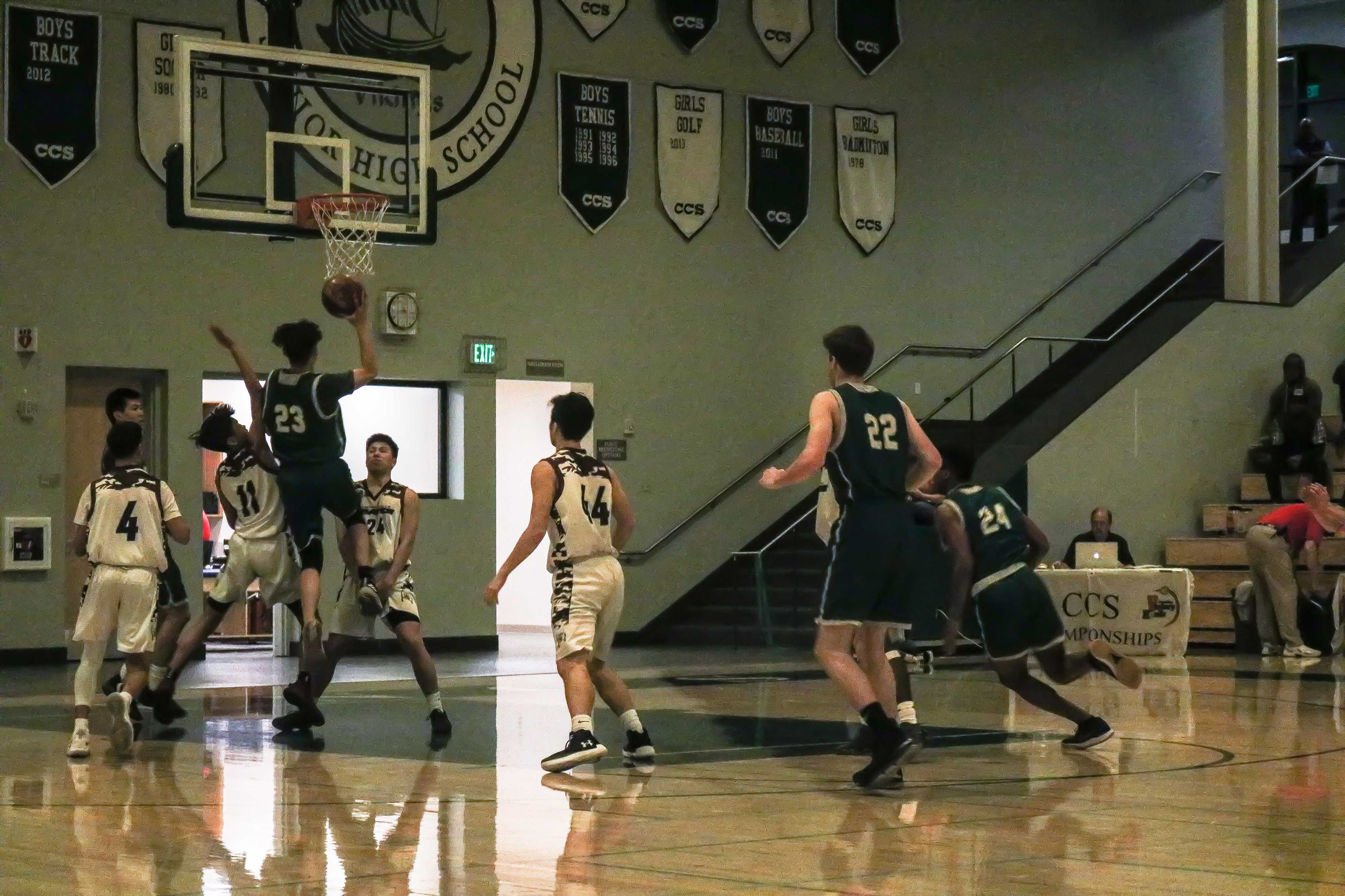 “Everyone on the team is really happy about the win because we worked hard all season,” sophomore Nick Burwell said.

Although the team performed well throughout the game, the score narrowed at the end.

“It was tight at the end of the game. We had to make a couple of free throws to win.”

The successful outcome is largely attributed to the intense offensive strategy, which confined the opposing players to a defensive position, according to Olah.

“On offense, we tried to push it because we could tell they weren’t as defense oriented,” Olah said. “We tried to push them to make them play defense. They didn’t handle that as well, so we could score pretty easily.”

The win joins a string of victories this season, the most recent one being in the Central Coast Section (CCS) Championships, winning 42-33 against Piedmont Hills High School on Feb. 24.

The first half of the game against Sonora was particularly low-scoring due to Paly’s underperforming offense, according to senior Marvin Zou.

“We had a really tough time scoring in the first half of the game,” Zou said. “We struggled a lot with just making shots. We had a lot of openings, but we just couldn’t make them.”

However, the team remained calm and bounced back during the second half as improved offense coupled with defensive dexterity limited the opposition and gave Paly the lead.

“In the second half, we did a lot better job of just staying composed, finishing off the basket and doing all the little things correctly. We were able to lock down defensively in the second half just as well as in the first half, if not even better.”

Earlier in the season, the team struggled to adjust with new players and play consistently.

“I think at the beginning of the season we had a bit of trouble trying to get the football players involved,” Zou said. “But as the season has progressed, we’ve continued to improve, and we’re hitting our stride at the perfect time.”

This significant change of course is largely attributed to increasing the energy in training, with the seniors especially stepping up to guide everyone.

Burwell said, “We stepped up the intensity of our practices. We had some good leadership in the locker room that really helped us focus.”