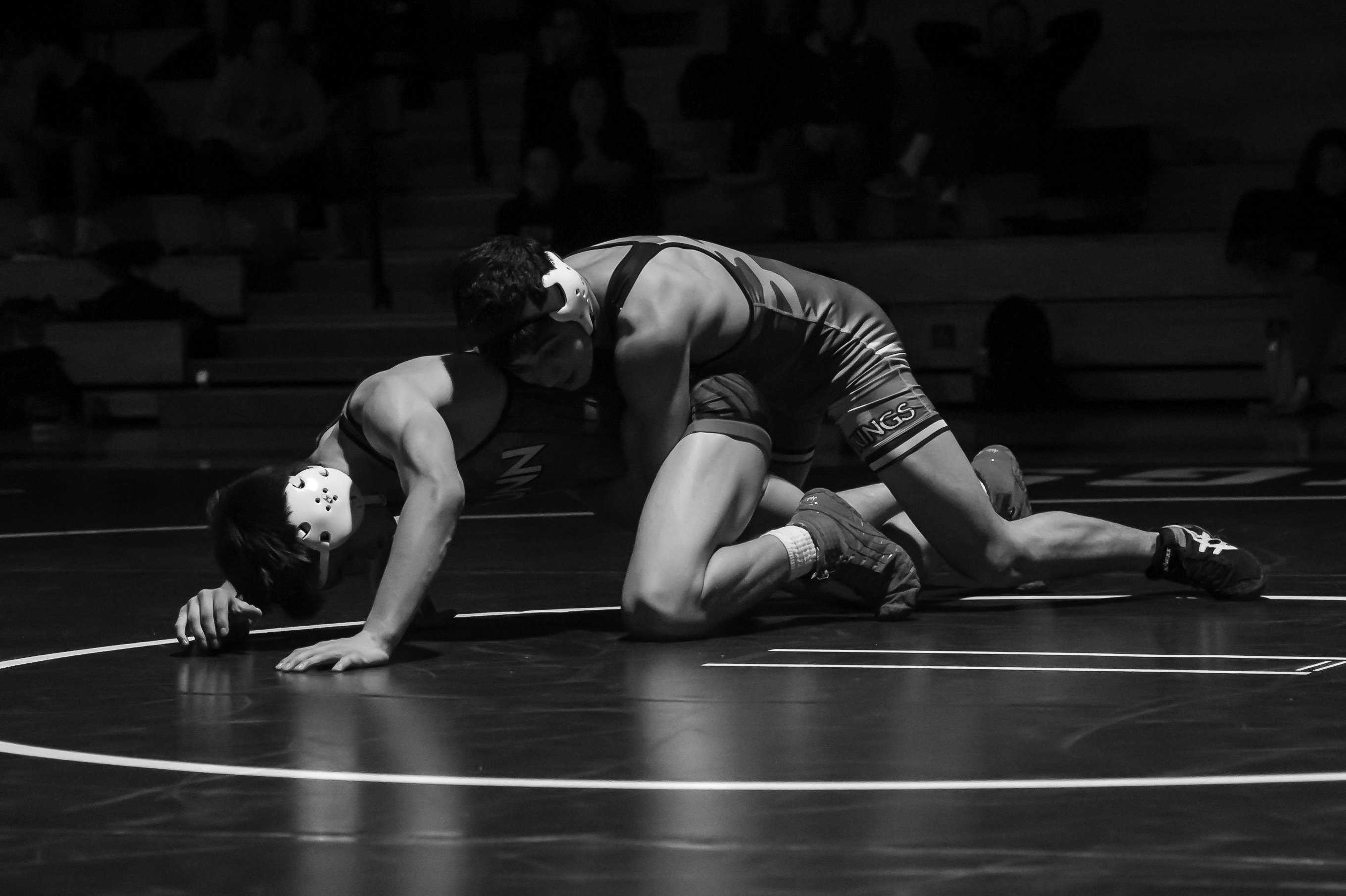 With beads of sweat trickling down her face, senior Ashley Wang concentrates on her opponent, laser focused and determined to win the matchup. Not long after, Wang’s efforts would prevail as she clinched the 2nd place title at the Central Coast Section (CCS) championship, a remarkable achievement.

Wang, however, is not Paly’s only wrestler to succeed recently. Over the last month, the Paly wrestling team has competed at postseason tournaments such as Leagues, CCS, California Interscholastic Federation states and the Colt Invitational.

“I think the team did really well. We sent two girls to States for I think the first time ever, so that was a big achievement. I think the fact that we sent three people in total to the State competition is great.”

As the season winds down, the team is looking to expand in membership next year.

“Moving forward, I hope next year more girls come out, especially freshmen,” Wong-VanHaren said. “It’s good to have a big team. I hope (the wrestling team grows in popularity). Girls wrestling has been said to be one of the fastest growing sports recently. I think that’s a great thing. Although (wrestling is) not a sport for everybody, people should think about it.”