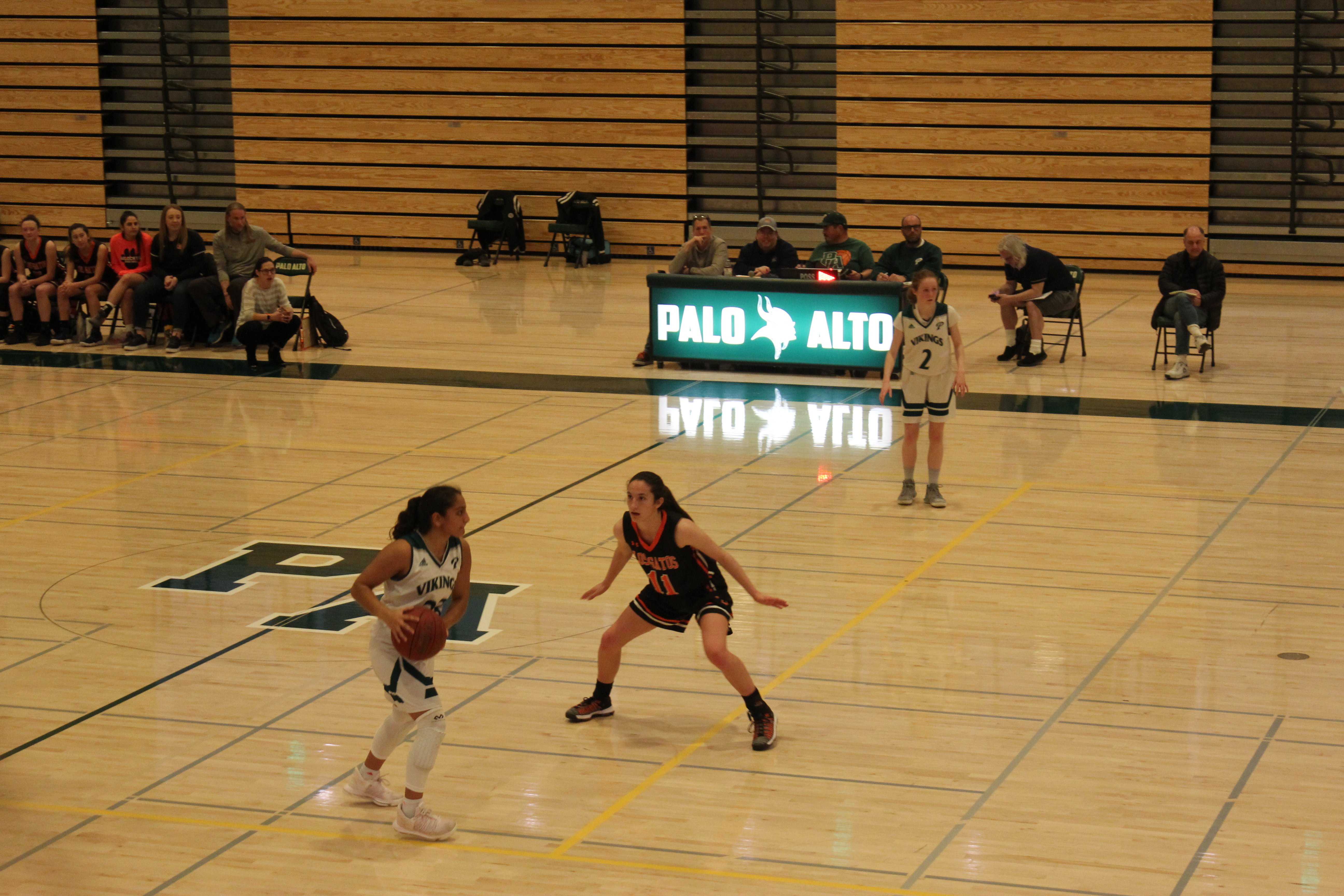 After beating Menlo-Atherton in the semifinals, the girls lost to Sequoia High School in the California Interscholastic Federation Division I finals, losing by 50-34 on Feb. 23.

The team had kept up their pristine league record of 12-0, bolstering them through league finals and through to Central Coast Section finals with a win against Menlo-Atherton 58-47 in the semifinals. In an unfortunate turn of events, the team failed to cinch the CIF Division I title for a second year in a row despite their stellar performance in league and in the past years.

The team fell last year in the CCS semi-finals to Carlmont, in a close 47-41 game after several consecutive Division 1 champion titles. The team had hoped to bounce back and continue their former champion streak, however fell short for the  second year in a row.

Despite the loss, the team is still optimistic and happy about the results of their hard work throughout the season.

“The season has felt great. We have gotten further in CCS than last year, which means we’ve improved, but we still aren’t perfect and have a lot to work towards in the next week and going into next season.”

In the face of the championship loss,  the team is looking ahead to next season to improve their ball handling skills, communication and stamina.

The team had a couple of close calls in league, especially against powerhouses like Pinewood and powerful rival Los Gatos High School, according to Abeyta.

“We’ve had a couple close games, but nothing too close,” Stotland agreed.

In regards to their improvement, the girls believe they’ve improved tremendously over the season by starting to cohesively as a fluid team.

“The team has just gelled together and we started moving the ball really well, which really helped our offense.”

According to Abeyta, the team is still proud of what they’ve achieved and is hoping to go farther next year.

“We have improved so much as a team throughout the season,” Abeyta said. “We definitely tremendously improved our communication, ball movement, stamina, and overall confidence.”

Despite the loss, the girls will still compete in and look forward to the CIF Division II championship against Del Norte High School.