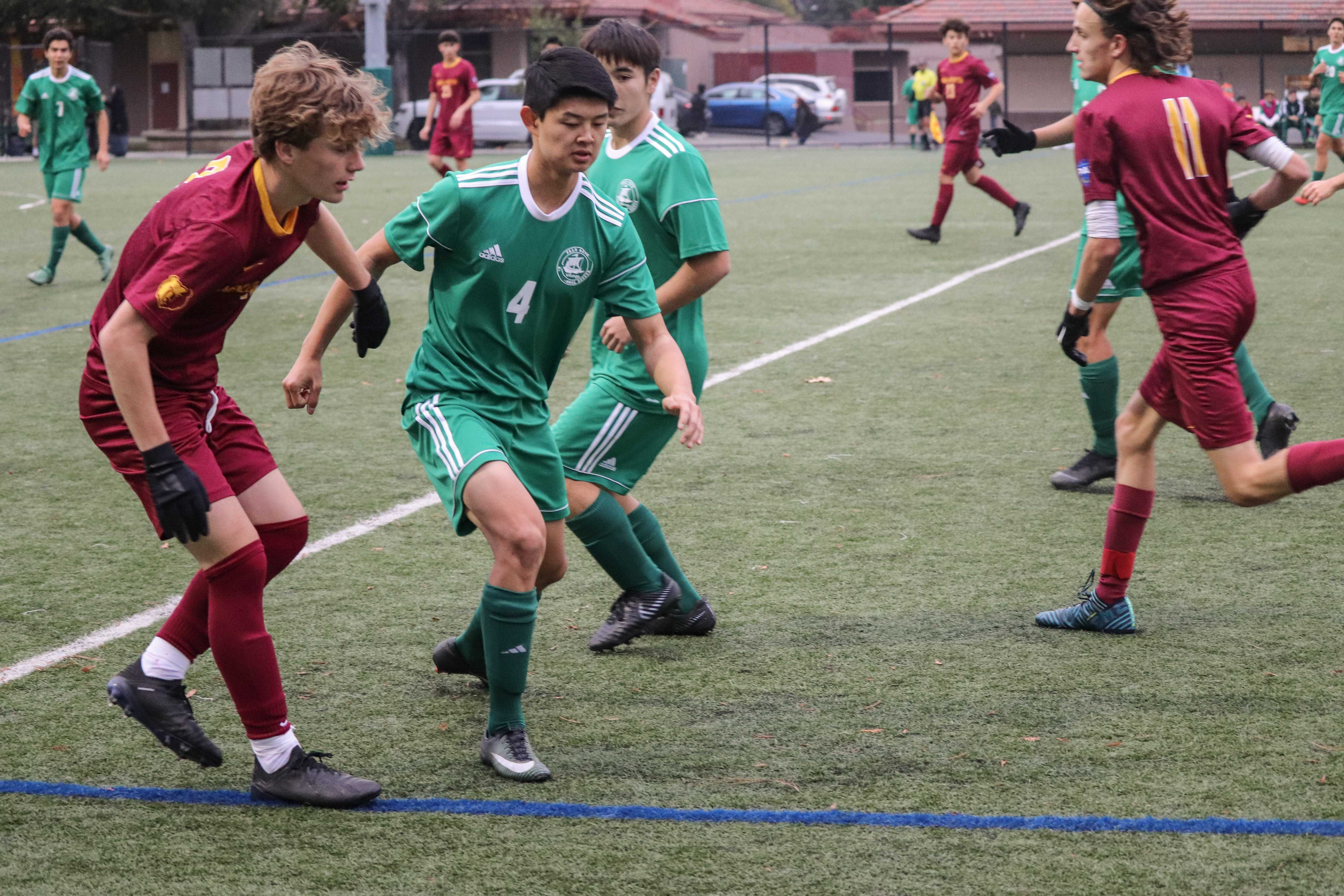 After team improvements in the second half of the season, the Paly boys varsity soccer season ended on Feb. 16 with a 2-0 loss against Bellarmine College Preparatory School in the Central Coast Section (CCS) Open Division quarterfinals.

Throughout the season, player injuries impeded the Vikings’ ability to perform optimally, leading to a disappointing six game streak of ties and losses.

“Most of our players (had) been injured, so (we had) not been performing well,” junior Marc Essindi said.

The soccer team ended this streak in their much-anticipated game against Los Gatos, which they won 3-1. According to senior Juan Aguila, they were down 1-0 at half time, but came together in the second half to beat Los Gatos.

“The win shifted our mindset, and made us realize that CCS was actually in our hands,”  senior captain Kenzo Morabia said. “The first half of our season didn’t go too well, and the win enabled us to look at each and other and say, ‘Hey, we can actually do this.’”

Despite the season’s rough start, the win against Los Gatos gave the team hope and allowed them to shift to a more optimistic outlook.

“It was a nerve-wracking second half of the season for us as we played game by game with hopes of reaching CCS.”
Senior Kenzo Morabia

Although they ultimately lost in CCS, Morabia said their play did improve as the season progressed.

“We had quite a few juniors and new players who really stepped up towards the latter half of the season which helped us reach Open (Division), and I think it’s fair to say that us seniors really saw a lot of improvements all across the team,” Morabia said.

The team ended the season strong with an overall record of 10 wins, four losses and eight ties.

“The guys were resilient; even with a struggling stretch of games we had mid season, we overcame it and I think we had a great season even if we ended with a loss,” Morabia said. “I personally had loads of fun playing my final season of Paly soccer and (am) looking forward to watching next year’s team.”