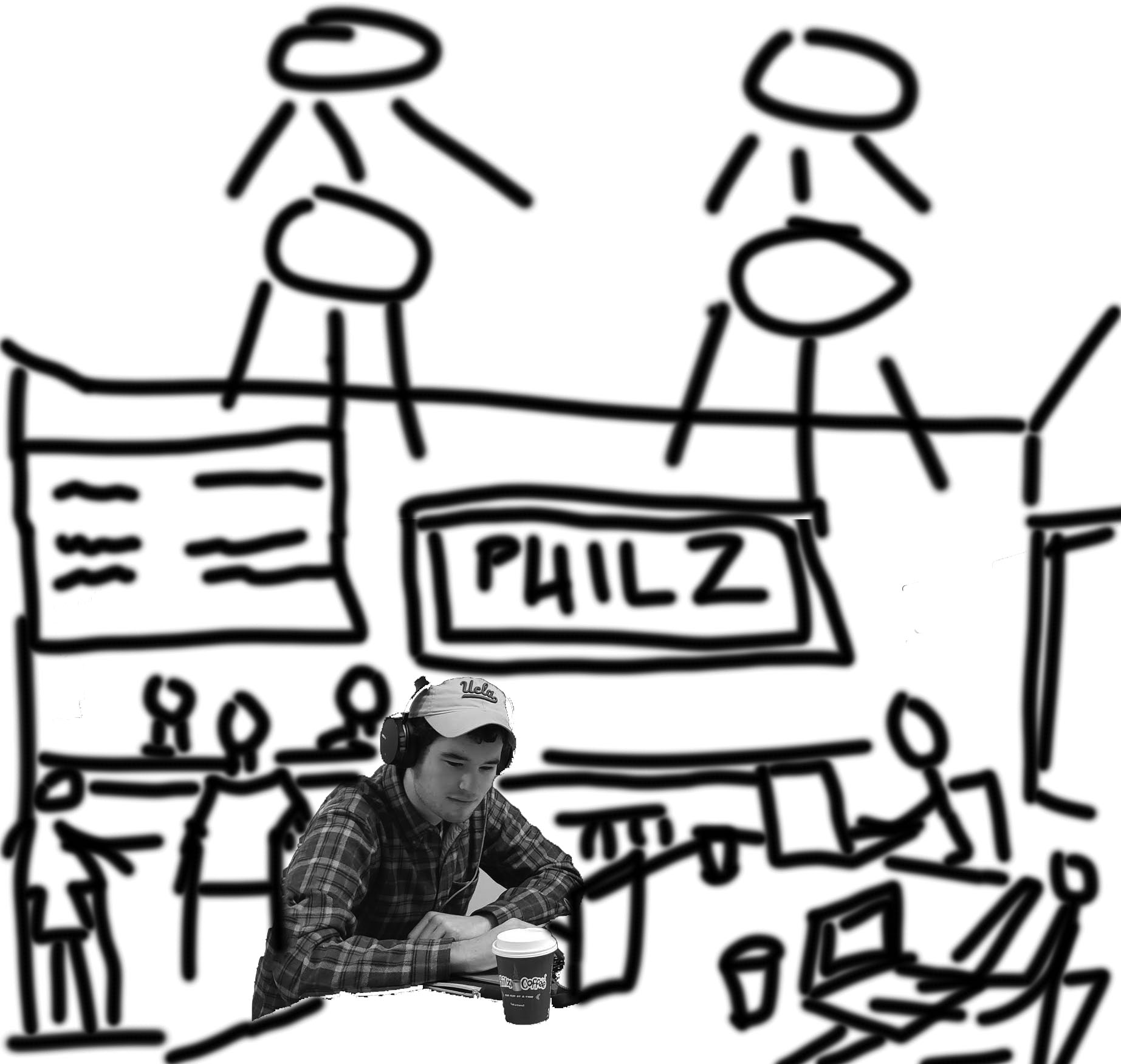 Over 300 years ago, a group of Europeans exchanged their pints of beers for cups of coffee and began discussing a variety of theories and topics, sparking the Enlightenment Period. Now, it should be noted that these scholars were the ones who named it the “Enlightenment Period,” so take their actions with a grain of salt.

The influences on modern society of the century-long Enlightenment Period are clear: we dedicate a unit to the Enlightened in freshman World History. More influential than their theories, however, was the scholars’ practice of working in public coffee shops.

Coffee houses in the Enlightenment Period were nicknamed “penny universities” in reference to their low cost for offering their patrons discussions with great minds. For a much steeper price, Palo Alto workspaces still attract high school students and our across-the-street neighbors from the “1.8 million pennies university.” Since the popularization of the headphone-laptop combo, there have only been seven documented discussions in coffee shops between strangers — now, coffee shops are a space for individuals to work alone or for a group to work alone together.

The Myth of Working Together

“Working with friends” is multi-tasking just like “texting while driving” or “listening to music while taking notes” — it’s just switching between two activities really fast. Working with friends is fun and is evidence of a problem — when working become “fun” in itself, you should question if you are really working at all. On the contrary, if you work “well” with someone else, you’re either blasting an instrumental “study playlist”or you’re just not that into your friend. In the words of Rousseau, one of the original Coffee Drinkers, “Nature never deceives us; it is we who deceive ourselves.”

The Pain of Working Alone

Hobbes, another Coffee Drinker, called life “solitary, poor, nasty, brutish and short.” Once we become cognizant of the myth of working together, we must consider working in the fashion of Hobbes’ first adjective: “solitary.”

While working alone, there is no friend(s) there to personify your distractions, so the world provides your distractions — the cars passing by the window, the conversations people are having with friends they promised to work uninterruptedly with, the baristas’ irregular calling of names — all pulling you away from what work you intended to complete. As you stare at your ignored cup of coffee, you consider whether paying the five-dollar admission fee to a loud public coffee shop was really a fair trade for your much quieter room.

The Anomaly of the Workspace

The Enlightenment Period was built on skepticism, along with caffeine. Coffee wasn’t a hit when it was first introduced to Americans. After the Boston Tea Party, however, Americans switched from tea to coffee, whether that be because they were now cut off from tea imports or for the same reason we use inches, pounds and Fahrenheit — to be less European.

However, the European Enlightenment can teach Americans one thing: if we do manage to work hard and avoid distractions, one day, 300 years from now, we may have our own name on the back of some freshman’s flashcards.