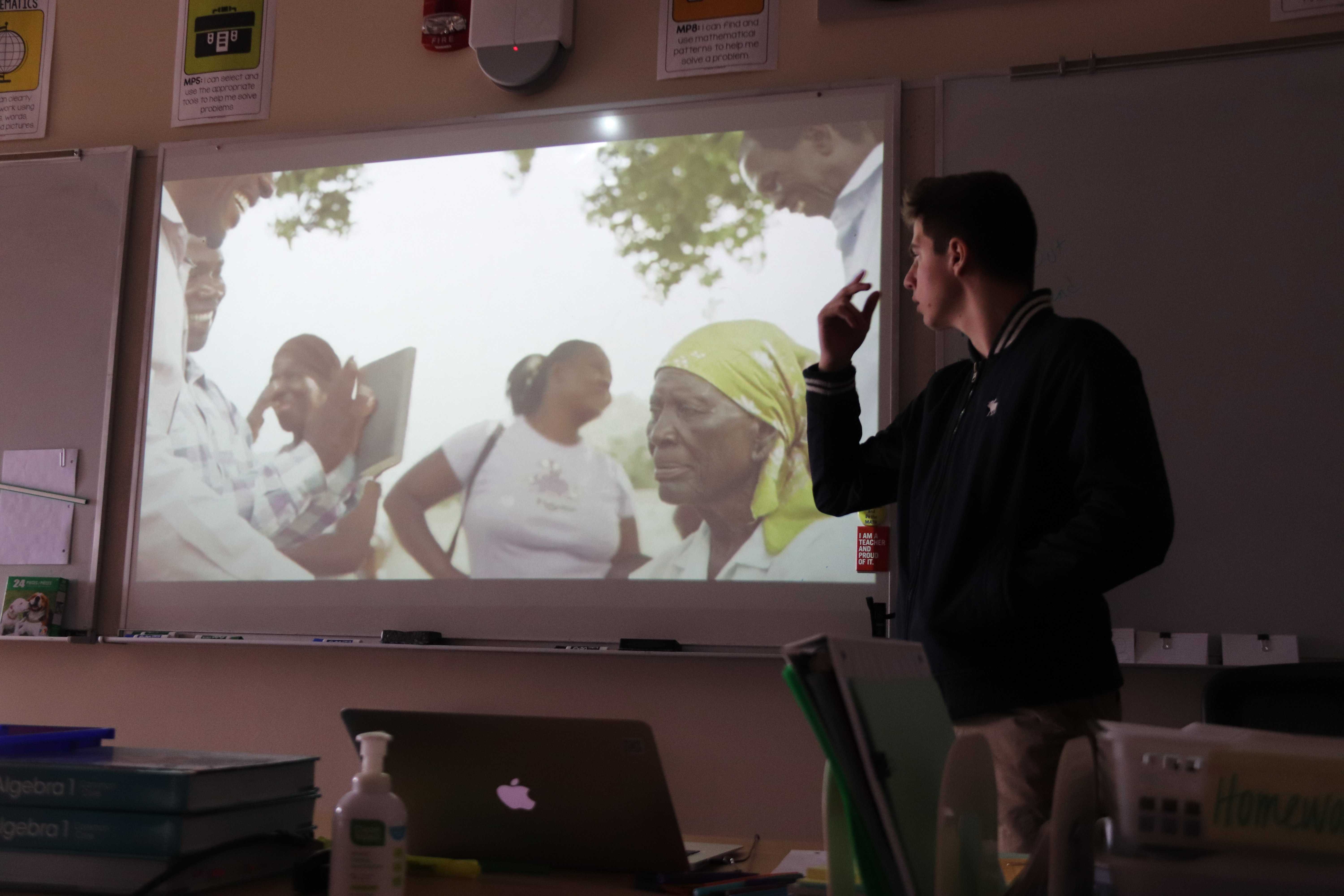 Religious clubs offer outlet for students to express themselves

<strong>More than 100 signs and folding plastic tables line the exterior walls of the library on Club Day. Each sign advertises a group to join, an activity to practice or a skill to learn. Three clubs among them, however, tout unique messages.Distinct in their message, purpose and philosophy, yet united under a common theme of discovery, each table represents one of Paly’s religious clubs.

For some members, the clubs help to expand their understanding of the major religions. For others, the groups represent the culmination of a life of religious passion.

Cookies and Miracles is the newest of the religious clubs, created by siblings Luc L’Heureux and Coco L’Heureux in January of this year to promote what they view as Christian values.

Luc L’Heureux said the club received over 40 sign-ups in just one day.

“Every Monday, people are invited to come to room 858 in the back of the math building to enjoy free, homemade cookies,” Luc L’Heureux said. “We talk about miracles in the Bible and watch videos about miracles happening now.”

Luc L’Heureux, who regularly leads worship at the Victory International Church in Foster City, hopes the club will be an accessible way for students of all religious backgrounds to learn more about Christianity from passionate practitioners.

“Miracles can be as wonderful and as easy to obtain and enjoy as cookies, and that’s part of what we’re sharing with this club,” Luc L’Heureux said.

According to Luc L’Heureux, Paly’s Christian Club served a similar purpose for him as an underclassman until he grew frustrated with the infrequency of their meetings.

“I tried attending the Christian Club sophomore year, but they rarely met so I stopped going.”

Senior Jared Yang, co-president of Paly’s Christian Club, said they began to meet monthly instead of weekly in an effort to host more meaningful events.

According to Yang, the club plans to host such events for members of local high school Christian clubs in collaboration with the University of California, Berkeley Campus Ministry.

“We had a Q and A session, and are working with the Berkeley ministry to organize an event with Christian clubs all across the Bay Area,” Yang said.

Yang said the activities not only provide their members with the time and space to discuss their faith with like-minded students, but also the opportunity to strengthen their beliefs by learning about other aspects of their religion.

“We’re encouraging our members to be confident about their faith and (teaching them) how to answer challenging questions,” Yang said. “This year, we thought it would be interesting to have some more experienced believers talk about their faith.”

Yang still believes in the club’s founding ideals — that campus religious groups have the ability to dispel potentially damaging myths about their religious beliefs.

“There (are) a lot of misconceptions about Christianity and I welcome anybody to come learn for themselves,”

Senior Eyal Cohen, who has served as the president of the Jewish Student Union since his sophomore year, said his club serves a similar purpose.

“Apart from it just being incredibly fun to get a taste of what other cohorts of people cherish, we grow so much from exposing ourselves to perspectives outside our comfort zone,” Cohen said.

Cohen said the participation-based structure attracted more students to join, citing the fact that more than 80 students signed up for the club in 2019.

“It would be great if Paly culture gets to a point where every student picks a new culture to explore every day of the week,” Cohen said.

According to Cohen, the universality of the values taught by the club caused a seemingly peculiar trend over the last four years. The majority of students joining the Jewish Student Union have not been Jewish.

“Judaism has a rich philosophy through the themes of its unique tales and interesting and fun traditions to take part in,” Cohen said. “Being Jewish has little to do with the ability to feel empowered or to have your thoughts provoked through the activities.”

Cohen said the club’s former president Alexander Gouyet, who was not Jewish in high school, exemplified the Jewish Student Union’s philosophies of introspection and inclusivity.

Gouyet first attended a meeting on the promise of free food, but stayed for the welcoming atmosphere.

“The fact that a non-Jew can be the most passionate individual in the school in regards to amplifying the values integrated of Judaism is a reflection of the club being for all those willing to explore their inner virtue than it is a club for Jews to interact,” Cohen said.

According to Cohen, club membership does not attempt to convert non-Jewish students. Instead, Cohen believes they should aim only to educate students about cultural principles rather than attempt to change their religious beliefs.

“For the same reason someone might travel to another country to experience a new culture, we hope that people gain a greater appreciation for the (Jewish) faith and culture and perhaps internalize some of the lessons they learn,” Cohen said.

Cohen believes religious clubs, in any form, serve as valuable resources for students to experience traditions and customs which they might never have encountered otherwise.

“There is so much to learn and so much to see,” Cohen said. “Students should take advantage of (the) opportunity to sample parts of the world within our campus.”