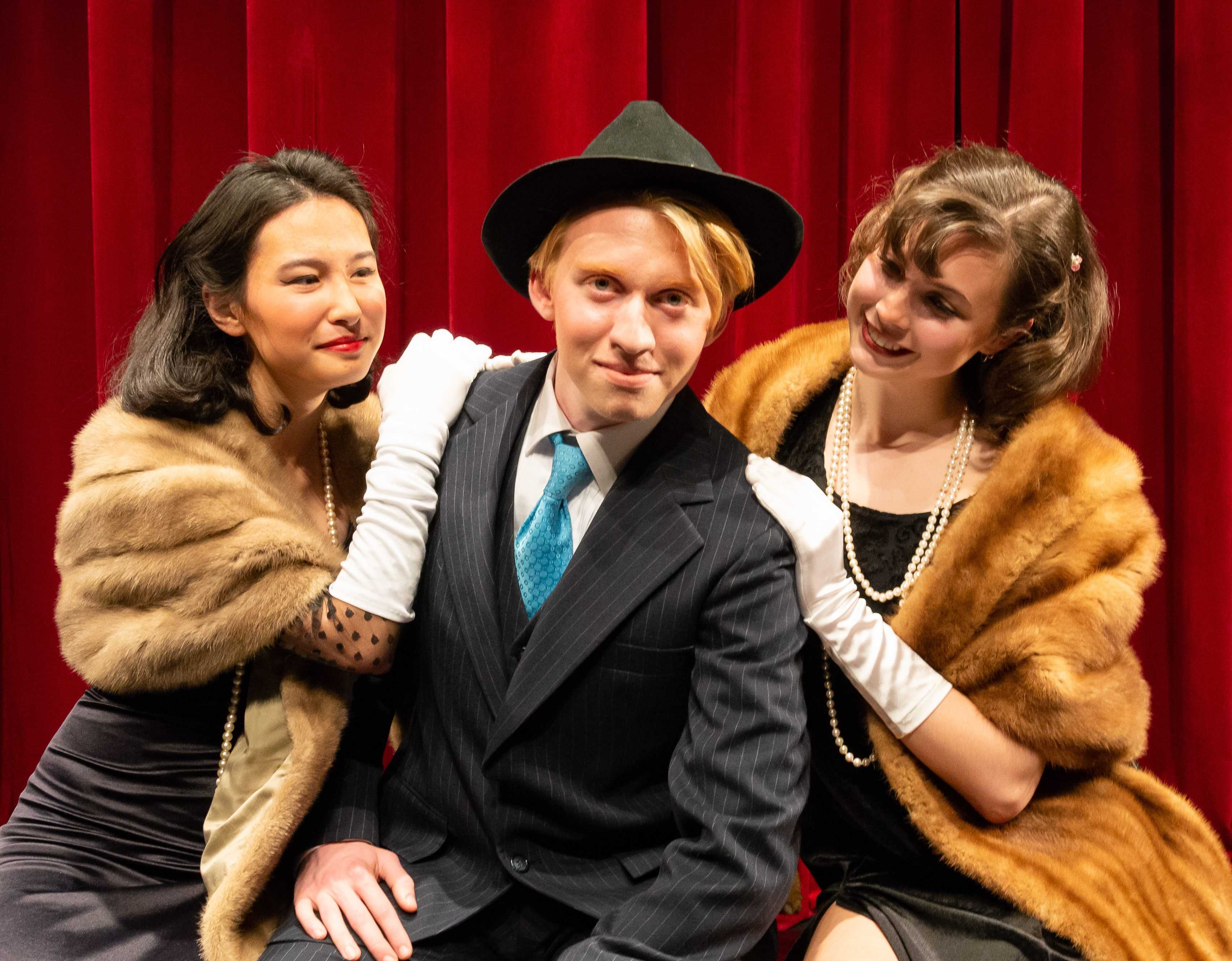 The 1950s in New York City was a golden era for musical theatre. Classics from this time, such as “Singin’ in the Rain,” “A Star is Born” and “The King and I” were all popular Broadway shows that helped the musical industry flourish. But along with the beauty of the dazzling song and dance, some see an ugly reminder of 1950s misogynistic gender norms in some of these shows including “Guys and Dolls,” which premiered this year at The Performing Arts Center on March 8. Despite what some people see as sexist undertones, director Kathleen Woods said the art in the musical outweighs any controversy.

“It is a golden musical,” Woods said. “The music is absolutely fantastic. It is a kind of singing and dancing that no matter how much things are changing, these are still experiences and skills (that) are very important for young performers to have.”

Selecting “Guys and Dolls” as this year’s musical was a collaborative decision made by Woods, Choir Director Michael Najar and Band Director Jeff Willner. According to Woods, the talent is available and the roles that best fit the auditioning students are both factors she considers when choosing a production. When the decision to perform “Guys and Dolls” was made, Woods said some students discussed with her their reservations in auditioning.

“The students and I, before we started the play, had some conversations (regarding the play’s sexism). So I was very aware of those concerns and struggles that everybody has, but the job of a performer is to inhabit the character and inhabit the world, and the students are doing an amazing job of that.”

However, she said the age of theatre when “Guys and Dolls” was written should not be disregarded even if it contains both good and bad elements from the past.

“It wouldn’t make any sense to throw out that whole time period or that whole generation and say there’s no value,” Woods said. “If you can kind of get beyond the parts that make you cringe, the music really is unforgettable and just fun.”

One student who felt uncomfortable auditioning for the play was sophomore Zoe Russell, who opted to be a makeup artist and deck crew member. She said she felt that being a part of the cast would open her up to unwanted objectification throughout the show.

“It bothers me a lot. I don’t particularly like that we are doing a show that’s as sexist as this. I feel that at the age that we are, it’s not the best to be giving the impression that that’s how relationships should be. I don’t think it’s OK to have girls as young as 14 be stripping in any capacity on stage.”

Although Russell said she admires the talent and effort that went into the making of the musical, she still thinks “Guys and Dolls” was an inappropriate choice.

“I’ve never met better people who create such beautiful things and put their heart and soul into things,” Russell said. “‘Guys and Dolls,’ however, ruined our spirit in some instances. I at least didn’t feel very proud of it because of the messages it sent.”

Senior David Foster, who played Nicely Nicely Johnson, said he is able to separate his own beliefs from that of the musical’s. Although he does dislike the misogynistic aspects of the play, he said he has an appreciation for its fun.

“I agree that ‘Guys and Dolls’ unfortunately perpetuates gender stereotypes, but will add that the story of ‘Guys and Dolls’ also rests on other antiquated concepts,” Foster said. “When we hear a sexist line, everyone cringes, and I certainly wish it wasn’t there. When I sing a song about how all guys are looking for a girl, it obviously isn’t what I believe, but I will still sing it and have a great time because it’s a fun song, no matter how heteronormative.”

Sophomore Eve DeMarzo, who played a gambler and streetwalker, said t an older musical should not necessarily be viewed through a modern lens.

“The cast and crew enjoys poking fun at the extremely laughable concepts in the show and the glaring plot holes, but we all keep in mind that it’s almost impossible to compare “Guys and Dolls” to our modern ideas of what is acceptable in media,” DeMarzo said. “Although I don’t agree with many of the themes present in “Guys and Dolls”, I don’t think the sexism is actually that glaring of an issue.”

The final show for “Guys and Dolls” was on March 17 and had sold over 1400 tickets in total. According to Woods, next year’s list of shows will be announced in May and at least one contemporary play is likely to be on this list.