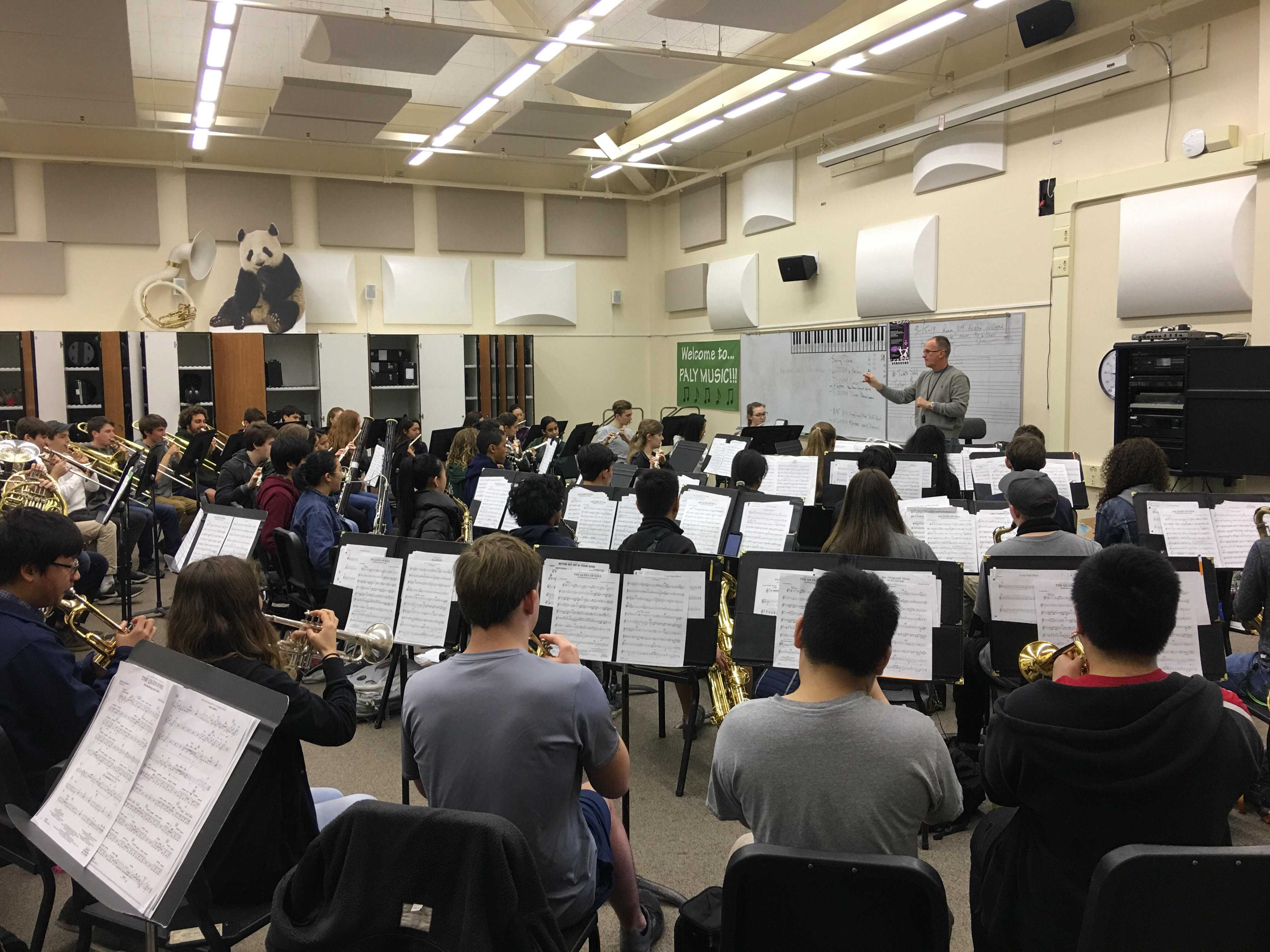 The name, just like that of the Choir Pops Concert held six weeks ago, originates from the atypical genre and selection of music, according to senior flutist Natalie Churchley.

“The Paly concert band, symphonic band and orchestra all play a selection of ‘pops’ pieces that are generally more recognizable pieces. This year, the band is going to be playing ‘Aladdin’ as well as some selections from Aretha Franklin.”

The orchestra has been actively narrowing down their full selection for the concert, but two pieces in particular can be expected to be played at the event, according to senior violinist Ronald Or.

“This year, we’re going to play most of the soundtrack from ‘La La Land,’” Or said. “It’s a piece that incorporates most of the different sections from the movie. We’re also playing a piece from Star Wars, so a lot of people of all ages will be able to recognize that tune. It usually takes around two or three months of diligent practice to play a piece to perfection.”

Both the band and orchestra have been busy preparing for the event, but the band members have simultaneously been gearing up for another event that’s scheduled to follow the Pops concert.

“While we have been practicing Aladdin and our other piece frequently, we’re preparing for (California Music Education Association)’s right now, which is in Adjudication,” Churchley said. “That means that we play for judges and they give us scores. It’s hosted at right here at Paly, and other bands come here and compete with us.”

According to Churchley, the timing of the event forced the band to divide up their practice time accordingly. “The pieces we’re playing for CMEA are harder, so we’re devoting at least half our time to preparing for those pieces,” Churchley said. “Those types of songs are more obscure, although a lot of them are fairly modern. One that we’re working on right now is supposed to be an incantation of a dance, kind of like people dancing around a fire.”

The gym is the ideal location for the performance, as this is no ordinary concert — it is known for the festivities that follow the musical numbers,  according to Churchley. “After the concert portion, dinner is served, and then afterwards, a swing dance instructor comes in,” Churchley said.

According to senior Zach Weitzman, at this point in the concert, the jazz band plays a selection while the symphonic band, orchestra and obliging audience members learn how to swing dance in the center of the gym. Though mandatory for performers, it’s an entertaining experience, Churchley said.

“It’s extremely casual. Everyone gets onto the dance floor, and anyone who wants to can just pick a partner and jump in, though we don’t really have a choice in the matter. Then the jazz band begins to play, and we dance.”

The jazz band, according to Churchley, though affiliated with the band, is an entirely separate group with an independent practice schedule.

“They are technically an eighth period class, so they meet Monday during lunches and on Thursday afternoon for practices,” Churchley said. “They really get their own time to practice, so while all of the members are also in band, they have their own sound.”

Or said the concert definitely hosted more parents than students in the audience last year, and believes that this disproportionality is due to a lack of awareness of the event among the student body.

“From what I’ve heard, when they used to hold this concert before the renovation, it was pretty popular among students,” Or said. “I’m pretty sure that they stopped because while the gym was torn down, there wasn’t a good replacement location. But now that it’s been so long without it, fewer people know about it at all.”

“We’re trying to get more people to come this year because since no one knew what it was, it was tougher for us to sell tickets,” Churchley said. “I’m hoping that this time, more people will come, because they’ll have heard about it from last year from their friends and want to see what it’s like,” Churchley said.