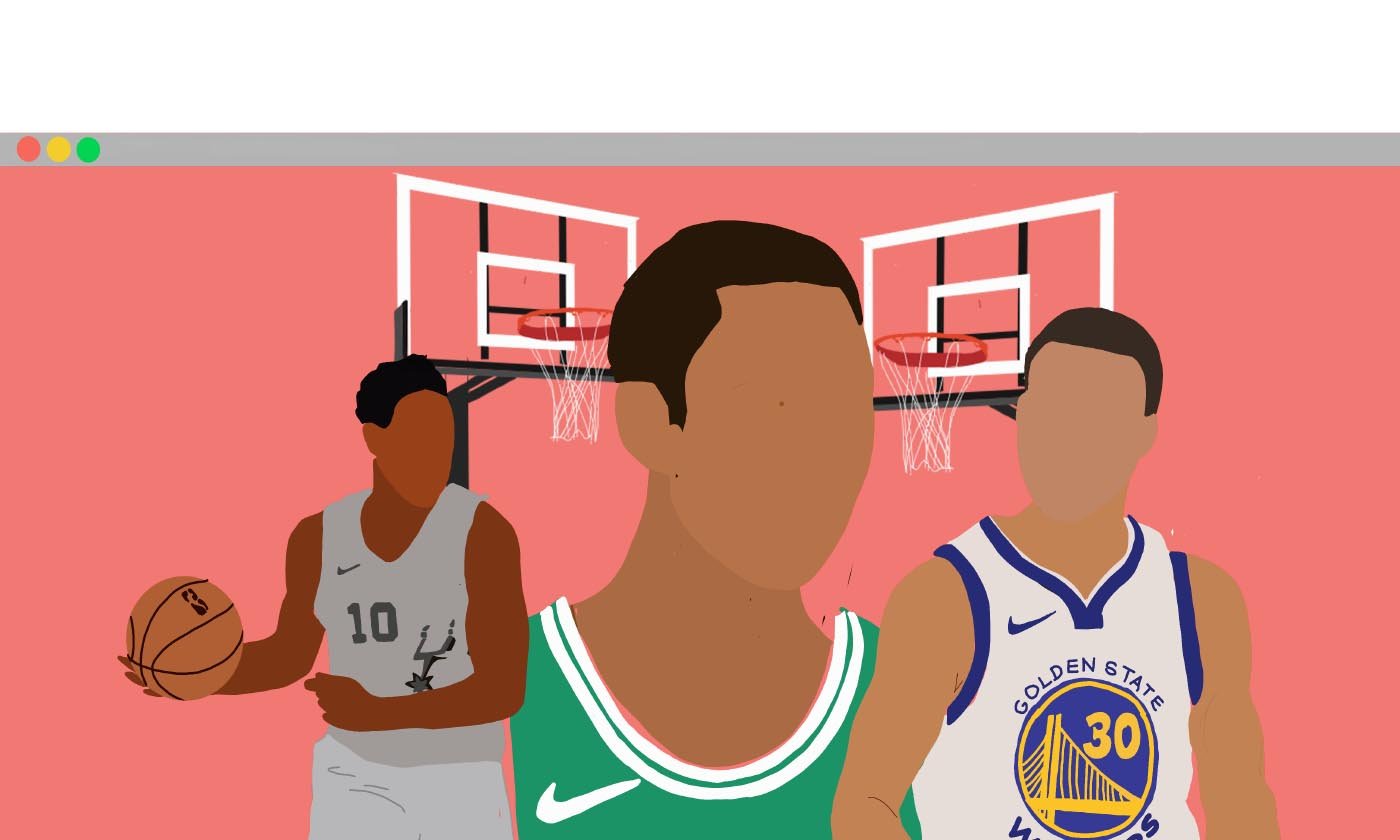 The Tom Brady jersey is on proud display and the trash talk has already started. It’s Feb. 3, 2019 —  the morning of Super Bowl LIII. Paly senior Albert, whose name has been changed to preserve his anonymity, eagerly awaits the kickoff of the big game, confident that it will be a good day.

Albert’s favorite team, the New England Patriots, will play the Los Angeles Rams for their sixth Lombardi trophy. Albert sits at the edge of his seat. He’s placed a $20 bet with another student that the Patriots would win the Super Bowl.

Albert is one of several students at Paly who choose to engage in illegal, underage sports gambling. For Albert, gambling is a way to strengthen his friendships and reap monetary benefits.

“I engage in sports betting because it’s a fun, social thing, and you can also get money out of it. People like to bet, and they know if they want to make bets, I’m the person to go to.”

The illegal nature of underage betting forces such gambling into unregulated territory. Without security down payments, the betting depends on bettors trusting each other to pay up, resulting in many bets going unpaid.

According to Albert, he has had personal experience with underage gambling backfiring.

“I just won $20 from the Super Bowl, and the person hasn’t paid me yet,” Albert said, adding that he’s followed up multiple times with the person he bet with, and while the person hasn’t explicitly refused to pay him, they’ve prolonged the payment and haven’t shown a sense of responsibility to pay the money they lost.

The Palo Alto Police Department declined to comment on their procedure for dealing with underage sports betting and the way they’ve dealt with any prior incidents of underage gambling on sports.

According to a survey by Know The Odds, 90 percent of high school students gambled at least once in the past year. According to the The North American Foundation for Gambling Addiction Help, roughly 2.6 percent of Americans deal with gambling addiction, and public funding for problem gambling exceeds $70 million a year.

For Paly junior Stephen, a sports gambler whose name has also been changed, sports gambling is a way of backing up his sports-related arguments.

“I’m a very passionate sports fan. So when I get into a heated argument with someone and I have a strong disagreement and I’m very confident in my opinion, I see (betting) as a fun way to have a competitive atmosphere with my friends.”

For Stephen, gambling spans beyond the outcomes of single sporting events; his bets include fantasy sports.

Fantasy sports leagues generally consist of anywhere between four and 20 participants who draft a team and gain points based on the performance of the players they drafted. Although ESPN won’t verify a league with an entry payment for underage participants, Stephen said he and his friends still agree to put in money.

“I play fantasy basketball every year, and we have a pool of money, so every contestant in our league puts in a certain amount of money and the winner gets most of it, and second place (gets the second most) and so forth,” Stephen said.

According to Stephen, he hasn’t lost too much money from sports gambling, thanks to his conservative betting style.

“I always make sure to not bet too much — (I bet) an amount I know I would’ve used on something extraneous otherwise,” Stephen said.

Similarly, Albert said he also refrains from betting large amounts of money — the most he’s ever lost on a bet was $25.

“I usually bet under $20 so I’m not losing a significant amount of money,” Albert said. “It’s more for the fun.”

Both Stephen and Albert said the enjoyment they get out of gambling makes the bets worth it, even when they don’t come out victorious.

“I think of it like this — I have $20 I could either spend on some game on Amazon, or I can spend it on laughing it out with my friends and having a heated competition and … having a lot of fun with it,” Stephen said.

Stephen and Albert both said they feel more knowledgeable about sports than those they bet with, making them always feel comfortable with taking a gamble.

“I know a lot about sports, so I think that helps me,” Albert said. “I’m usually pretty informed when I bet.”

While the benefits of having superior sports knowledge over one’s betting opponent are clear, Stephen also said there are downsides, such as guilt after winning a bet.

“Sometimes I start to feel a little bad,” Stephen said. “I know that I know more than the people gambling against me … but then again, they made an active decision (to bet with me).”

Both Stephen and Albert said being a fan of a sports team adds a layer to the excitement of betting on that team — they see betting as a way of showing support.

“I usually pick (my favorite team) in betting,” Albert said. “Usually, teams I like (tend) to win — I pick them to win.”

Advanced Placement Psychology teacher Christopher Farina said the volatility of betting helps reinforce people’s love for it, possibly manifesting itself as an addiction.

“Every once in a while you win, and especially if you win big, because you bet on something that other people were betting against, there’s just a huge reinforcement boost where you’re like, ‘I’m absolutely going to keep gambling,’” Farina said.

The legal age for gambling in California is 21, but Farina said he doesn’t think the illegal nature of gambling contributes to students’ desire to participate in it.

“In a lot of cases I think that something being illegal might drive younger people to do it more,” Farina said. “I’m not sure if gambling is one of them.”

Stephen agrees. To him, betting has not become an addiction. Stephen said because he gambles for the social aspect, he doesn’t feel a need to gamble for the sake of gambling.

“I do not think that when I gamble, I desire to gamble more,” Stephen said. “I see it as a fun social activity, but I don’t feel the need to do it ever.”

According to Know The Odds,  people who are exposed to gambling at a young age and begin gambling by the age of 12 are four times more likely to develop a gambling problem later on in life.

Responsible gambling, Stephen said, is the key to making sure a person doesn’t cost themselves too much money while betting. He said if students know how much money they have and they keep it to the couple extra bucks they had on the side, then it’s a totally legitimate thing to do that doesn’t cause any harm.

Stephen said despite his confidence in his betting skills, gambling is not a way to make money.

“I don’t gamble to make money, I gamble with money that I know I’m OK with losing,” Stephen said.

According to Farina, the feeling of knowing more than others helps drive the motivations for betting on sports.

Farina said, “Especially when it comes to sports betting as opposed to just pure gambling, there’s an element of thinking … ‘I know more about this sport or this game or whatever they’re betting on than other people, or even just compared to their friend group.’”