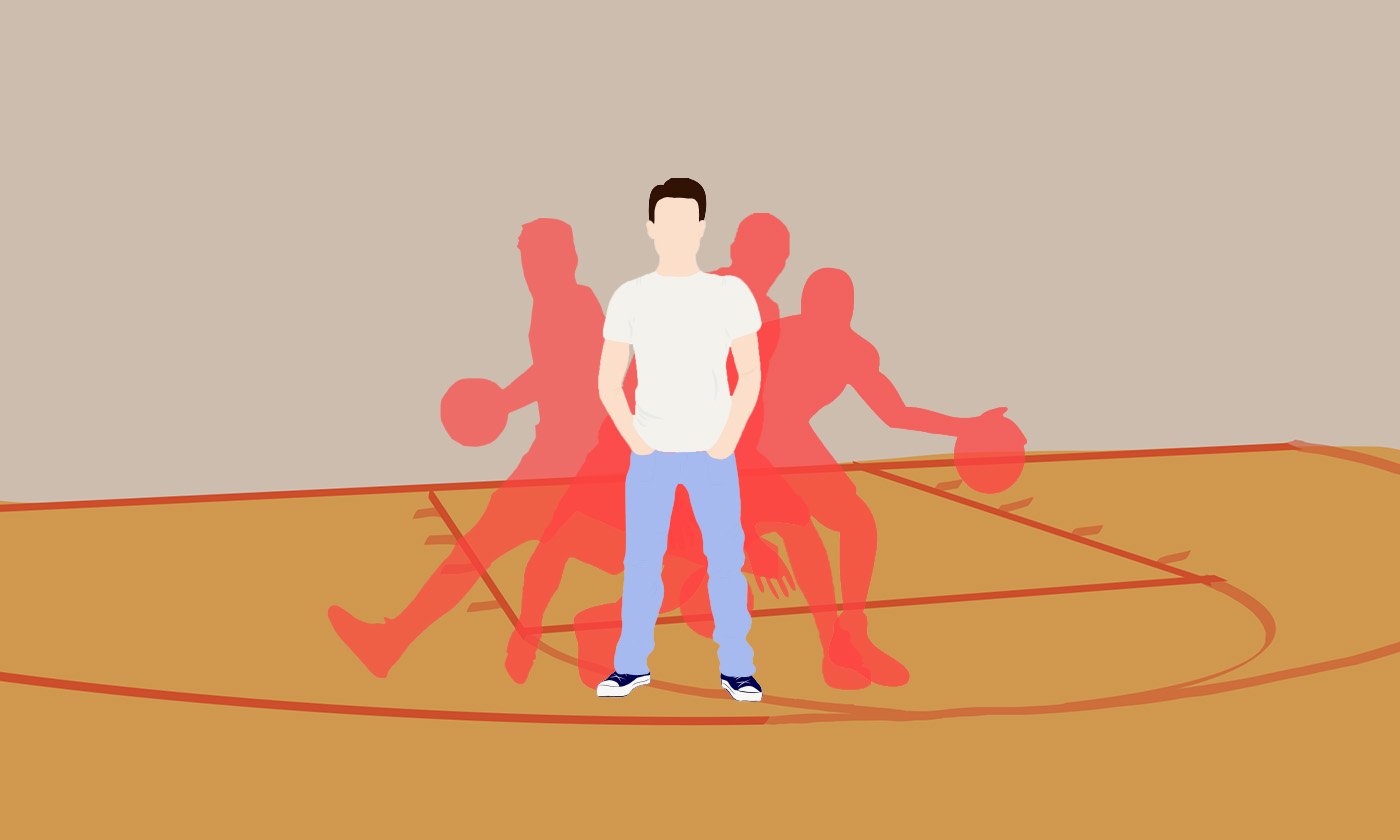 Life after the game

Twice a month, senior Mallory Kuppe would turn off her 4 a.m. alarm, pack a bag and board a plane to a volleyball tournament. Three times a week, Kuppe would lace up her shoes and spend countless hours on the court perfecting her craft. Whether it was flying across the nation for tournaments or spending extra hours in the weight room, Kuppe’s sport was an integral aspect of her identity.

Athletes who have played sports extensively for many years, often devote many hours and make several personal sacrifices for the game. For athletes who are immersed in the thrill of competition and the relentless training, suddenly stopping can be a tough experience.

For as long as she can remember, Kuppe has had a volleyball in her hand. So, according to Kuppe, who didn’t wish to play in college, when the time came to conclude her competitive volleyball career, her life changed dramatically.

“Life after sports is totally different,” Kuppe said. “The last game is really bittersweet, you feel a little relief and achievement for having come this far, but also sad that it won’t be such a big part of your life anymore.”

According to the National Collegiate Athletic Association (NCAA), nearly 8 million high school students participate in athletics in the U.S., but only about 480,000 (6 percent) of them will compete at NCAA schools. Furthermore, out of the handful of athletes who continue their sports careers in collegiate athletics, only 2 percent will go on to professional sports.

Clearly, the odds of pursuing sports in the long run is unlikely. So, for the 94 percent of high school athletes and the 98 percent of collegiate athletes who won’t play sports for a living, life after the game, while inevitable, is a heavy affliction according to Kuppe.

Many players who don’t want to continue their sport in college will find themselves having to withdraw from competitive sports teams when the end of high school draws near.

“Well, it’s weird, because junior and senior year can be the years where people really step up their athletic careers in order to get recruited and play at the college level,” Kuppe said. “But when you don’t have the intentions of playing in college, then you find yourself in a funny place where you don’t quite have anything to work for except to simply just make yourself better, until it is time to stop playing.”

Senior Ben Civjan has played baseball since he was 5 years old. As the years passed, season after season, according to Civjan, he started to grow apart from his sport. After he made the arduous decision to stop playing, he later saw the advantages to the change in his life.

“I would say not playing baseball has been positive for me,” Civjan said. “I have played it my whole life, but in high school I began enjoying it less and less. Last year, I would dread going to practices, and was looking forward to the end of the season. It wasn’t a hard decision for me to stop, and I felt such a relief from it.”

Like many other high school athletes, Civjan dedicated numerous hours throughout the week to baseball. As a result, the absence of weekly practices, games and workouts drastically affected his schedule. According to Civjan, the shift in his commitments has turned out to benefit him in many ways.

The main difference is that the way you spend your time changes. I’ve had a lot more time to spend on school, and enough to get a job, hang out with my friends and play basketball for fun.

For Kuppe, o n the other hand, not having a strict schedule after school has negatively affected other aspects of her life. For high school volleyball, Kuppe attended five practices a week with occasional games per week that outlined her schedule everyday.  By not having a sport with such a demanding time commitment, Kuppe underwent a tough transition period.

“I have way more time to do school work and spend time with friends, but I feel less focused,” Kuppe said. “Having practice at night motivated me to be more responsible and efficiently get my work done. Now I’ve replaced my practices with some designated time frames to work out, which sort of functions the same way now.”

For senior Anna Thie, who was deeply committed to horseback riding for 15 years of her life, not driving to the barn every day was a large difference to her lifestyle. Thie had to adjust to the sudden end to her horseback riding career.

“I was super sad at first,” Thie said. “It was something I was doing almost every day for my whole life, and to suddenly stop was hard. I left under rather sad circumstances, so getting over that took a really long time. A few years have passed, and now I feel much better, but there are times where it does feel like something is missing.”

Aside from the joy and competition that sports can give athletes, sports also provide most with their main source of exercise. For Thie, not horseback riding has not only changed the way she spends her time, but also the way she stays physically fit.

I try to go hiking or running every weekend and I go to the gym five or six times a week to workout. I have tried to fill the time with other things I really enjoy.

Kuppe stresses the importance of remaining active after quitting a sport, and keeping the same strict exercise regime as an athlete can be extremely beneficial.

For athletes who have devoted many years to the sport, quitting may be a huge adjustment to get used to. However, adapting to life after sports can help one appreciate the love for the game.

“Of course, everyone will miss playing their sport, but that day comes sooner or later no matter who you are,” Kuppe said. “So I think the only important thing is to enjoy the time you have playing it, because that’s all you can really do.”