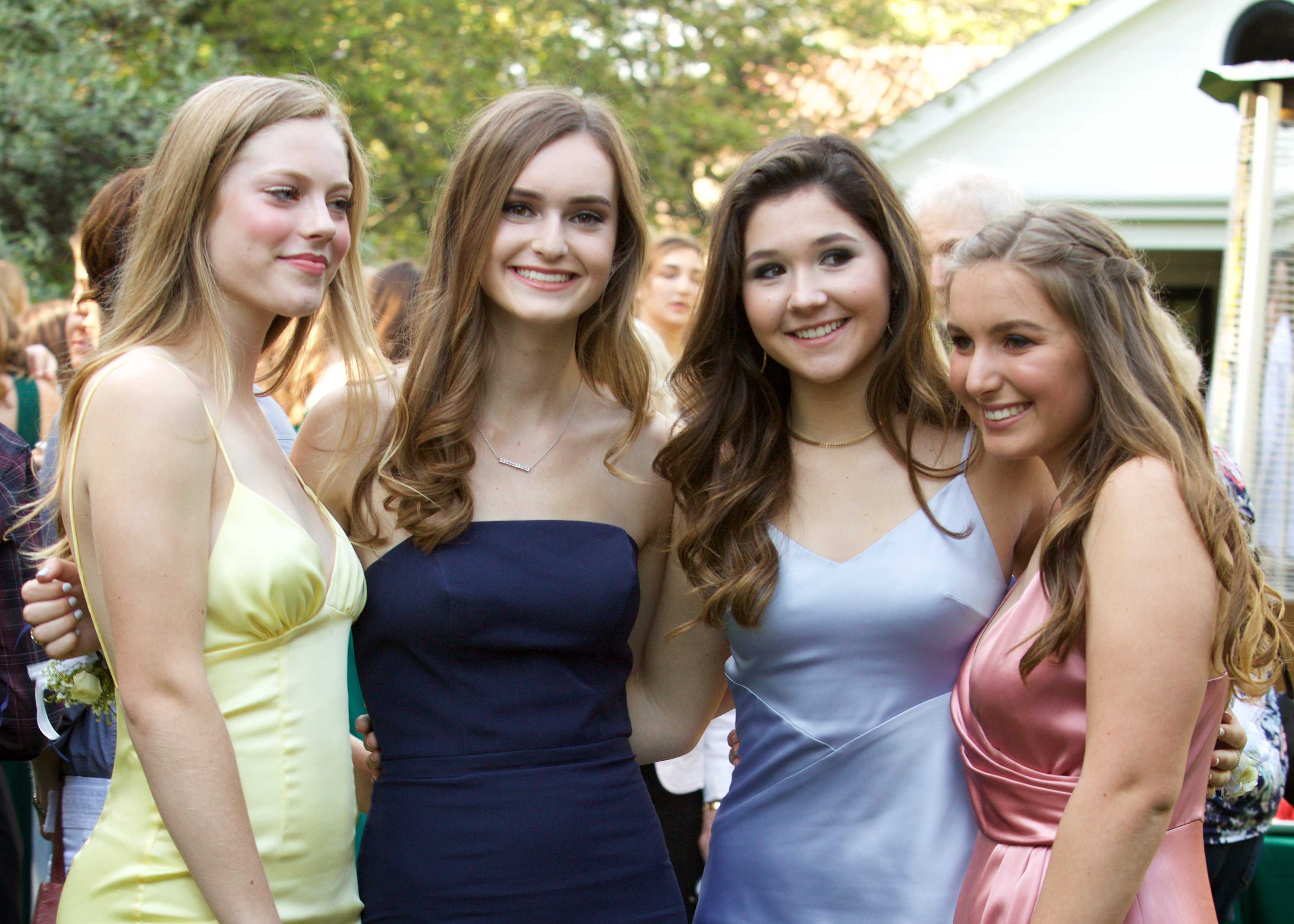 Prom started as a tradition in the Northeastern part of the U.S., serving as an event to promote social etiquette and manners at colleges and universities. By the 1930s, however, the concept of prom had spread across the U.S.

For high school girls, when prom season comes around, it’s hard to not get caught up in the chatter about what dress you’re wearing, how you’re going to do your hair and how uncomfortable your heels are going to be. Just one night out of the whole school year can take weeks of meticulous preparation and thought.

Having attended prom twice as a sophomore and a junior, senior Sydney Schwan said she is ready for a break from the craziness that can be prom preparation.

“My first year, I went as a sophomore,” Schwan said. “I was asked two weeks before prom, so I made all my appointments super speedy. I went from my nail appointment to my hair appointment to my makeup appointment, and then put my dress on, and then took pictures — it’s basically the same routine that I’ve done every year, which is why I’m not going again.”

Schwan is instead opting to go to Coachella Valley Music and Arts Festival, a popular annual festival held in Indio, California from April 12 to 21.

On top of not enjoying the preparation process, Schwan also finds the actual duration of prom too long.

“I think if it were shorter I would enjoy it more, it just feels like it was lagged on and you sit there and do nothing,” Schwan said.

Senior Sam Cook also agrees that the extensive time length of the dance took away from his overall prom experience.

While for girls, finding the perfect dress may be the key to prom preparation, for guys, preparation can be more straightforward. Senior Eric Aboytes said his getting-ready process for prom was simple.

“A month before, me and my friends went to Men’s Warehouse and rented a suit,” Aboytes said.  “Then I asked a girl … it was pretty successful.”

Though standard prom attire for guys is a black suit and tie, some like to switch it up. Senior Wyatt Thayer opted for an unconventional route last year.

“I bought (a) light blue suit,” Thayer said. “I didn’t even tell my date that I was getting it — it was going to be a huge shock.”

However, prom memories aren’t always the preparation that comes before.

Paly parent and alumna Kim Amsbaugh reminisced about her prom memories from back when she was a Viking.

“Leading up to prom, I imagine it was a lot like it is today,” Amsbaugh said. “‘Who are you going to ask?’ ‘Who do you hope asks you?’”

According to Amsbaugh, during her high school days students stayed local to find the perfect dress, taking advantage of the stores nearby.

“(For dress shopping) it was all about Stanford Shopping Center,” Amsbaugh said. “Macy’s, Nordstrom, some of the smaller boutiques at Stanford was where you purchased your dress. There was no social sharing on what you bought — you simply hoped that no one would choose your same dress.”

Amsbaugh said what stuck with her was not the dance itself, but rather the pre- and post-prom activities and the planning that went into them.

“As the date approached, it was all about planning what you were going to do before and after prom with your friends. It’s the progressive dinners, the limo rides, dinner at MacArthur Park, going hot tubbing afterwards — those are the memories that I have.”