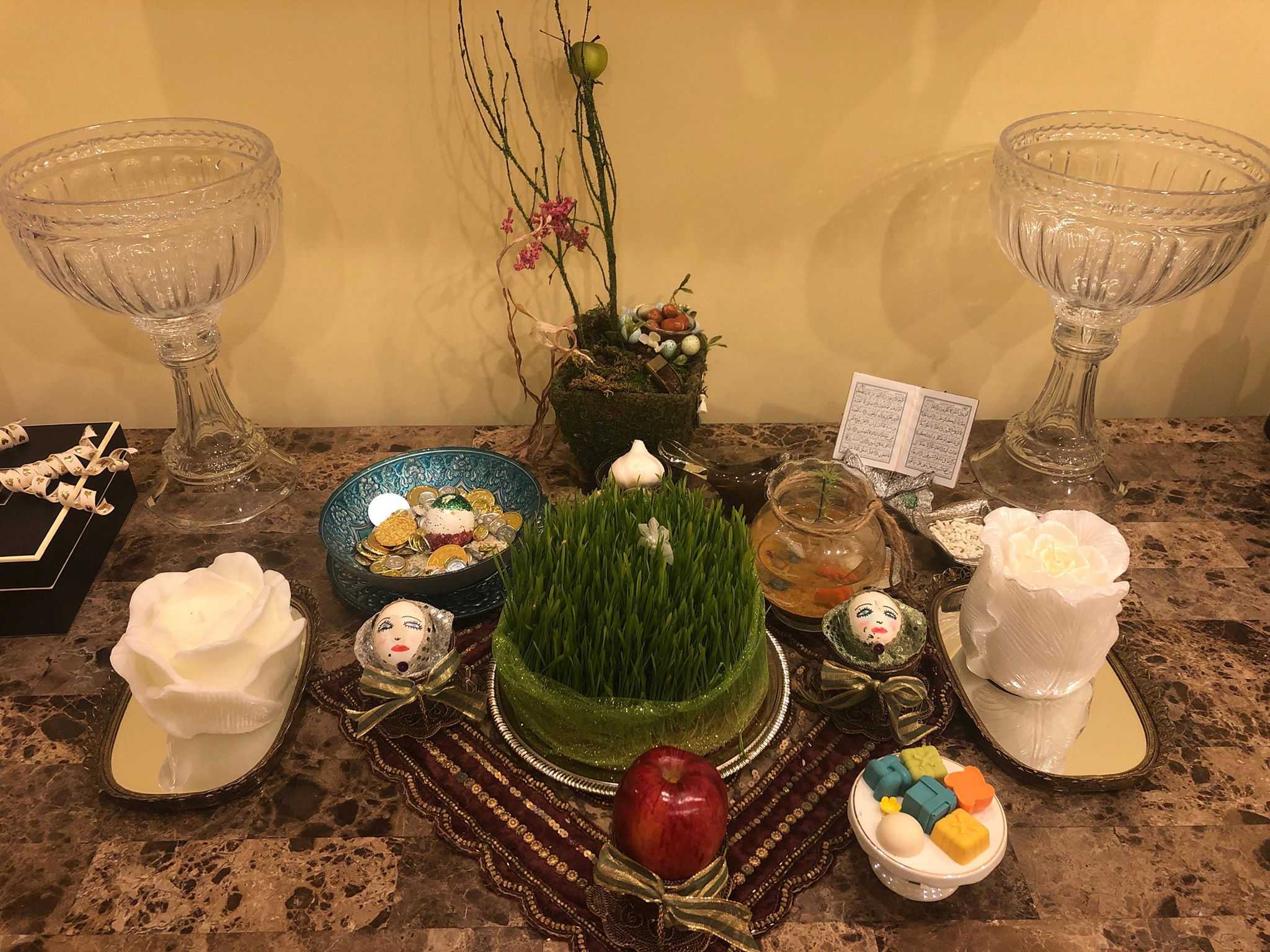 Minutes before the official start of the vernal equinox, junior Sanaz Ebrahimi leans in close to her traditionally decorated Iranian table alongside her family, eagerly anticipating the start of the Persian New Year, more formally known as Nowruz.

The explicit timing at the beginning of spring for the commemoration of Nowruz is derived entirely from ancestral notions that all life is restored with each spring. Each celebratory event affiliated with Nowruz is utilized to display the interrelation between man and nature.

In Farsi, the designated language of Iran, the combination of the words “now,” which translates to the English word “new,” and “ruz,” which means both time and day, form “Nowruz,” literally translating to “new day.”

The celebration of Nowruz is not religious or even patriotic in nature, as individuals of many different religious, cultural and ethnic origins celebrate the holiday.

For over 3,000 years, Nowruz has been widely in many countries throughout the Middle East, including not only Iran, but also Afghanistan, Turkey, Azerbaijan, Albania and India. Although the celebration of Nowruz  initially originated with the religion of Zoroastrianism, an ancient Iranian religion, Nowruz rapidly grew in popularity and hence became celebrated widely around the world.

The sense of identity associated with Nowruz many Iranians feel is due to the incredible importance of the holiday in Iran, as it is the longest-established tradition in Iranian history. Thus, Nowruz is often referred to as Persian New Year.

“Celebrating Nowruz has always been very important to both me and my family members. I love going to all the parties and events to celebrate it. Nowruz plays a very important role in both Iranian culture and heritage, and its celebration teaches future generations to appreciate and learn from it.”

To prepare for the celebration, many families often spend weeks collecting specific items that symbolize different aspects to hope for in the upcoming year.

The items are laid out on a table, which, when put together, are referred to as haftsin. There are seven of these essential components that must be placed on the haftsin to prepare for the celebration.

“Sib,” or an apple, must be included for good health and beauty in the new year.

“Senjed,” which could be any sweet, dried fruit, for love and romance. “Sabzeh,” which could be some variation of grass that must be grown in the weeks prior to the celebration, for the rebirth of nature.

“Seer,” or garlic, is for self-care and medication. “Samanu,” which is a sweet pudding, for prolificacy and wealth. “Serkeh,” which could be any type of vinegar, for the wisdom that comes naturally with age.

To complete the set up, “Sumac,” a traditional Persian spice made from sour red berries, is placed on the podium for the sunrise of a new day.

With time, many families have adapted to the cultural necessity to abide by these requirements by placing their own personal belongings on display atop their haftsin.

Sophomore Nessa Orumchian has celebrated Nowruz with her family for years, and enjoys creating her haftsin each year.

“It always takes a while to finish growing the Sabzeh because my grandma grows them every year for us in her house. Sometimes we put pictures or any kind of memorabilia to remember family members in other generations, but we always love setting up haftsin. It is my favorite time of year because I get to celebrate my culture with my family and friends, and also because the Persian community really comes together around this time.”