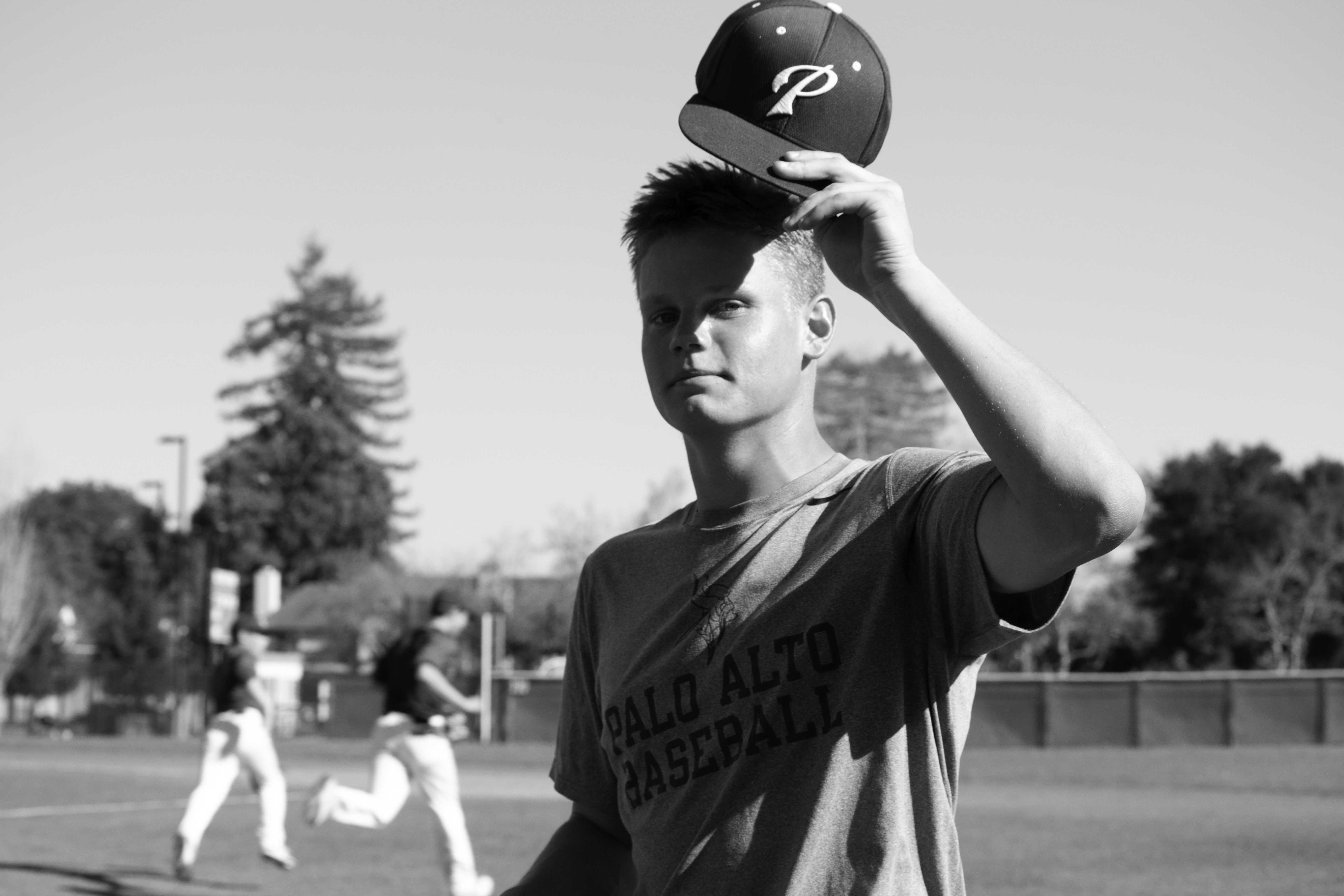 The buzz of the razor is all varsity baseball player Hyunwoo Roh can hear, his teammates cheering muffled as the first lock of hair falls to the ground.

Unbeknownst to anyone but the varsity baseball team, the players will show up to school the next morning donning matching mohawks.

At the start of playoffs every year, the varsity baseball team gets matching hairstyles, from shaved mohawks to frosted tips, in which just the tips of the hair are dyed bright blonde.

Roh was pulled up to the varsity team during the Central Coast Section (CCS) playoffs during his freshman year. That season, the team got matching mohawks. Last year, however, the players decided that they would  do frosted tips.

“It’s been a tradition (that the hairstyle) is all decided by the seniors that year,” Roh said. “Last year, the seniors all thought doing frosted tips would be cool — they [also] didn’t want to look bad for their graduation pictures.”

The haircuts are typically done by players who opt to do the cuts for one another in an effort to bond.

“The hope is (that) everyone does it with each other,” Roh said. “For the mohawks, we had team gatherings and a couple of the seniors would do it for everybody.”

However, according to senior Josh Kasevich, players who are more picky about their hair will go to a professional to get the cut done.

Ultimately, regardless of the style or who does the cut, some players are still reluctant to partake in the ritual.

“You’re not forced to (participate) — if you don’t want to, you don’t have to,” Kasevich said. “But usually, most of the (players) do it.”

For those who refuse, the alternative is relatively straightforward — however, according to Kasevich, backing out also comes with a few jokes and light jabs.

The nature of these rituals is often questioned by some, whether it be administration, parents or the players themselves — in the past, many teams have done rituals that some believe verge on hazing.

“Anything that is not voluntary, anything that is degrading, embarrassing, dangerous — those would be the top four words I could think of (that define hazing),” Assistant Principal Jerry Berkson said. “If you’ve got a freshman on a varsity team with seniors in the same group, I think the freshman will (sometimes) say, ‘no, I was willing to do it’ but really didn’t want to do it.”

However, according to Kasevich and Roh, the baseball team’s annual ritual is a team bonding experience rather than a hazing ritual and brings the team together before arguably the most important time of the season — CCS playoffs in May.

It involves the entire team, not just a select few players, and is a voluntary decision for the whole team.

“I feel like a lot of people might think it’s like a hazing event, but it’s definitely not like that,” Roh said. “It’s something we all enjoy, and once everyone does it, it gives us something to laugh about and it’s a positive thing.”

According to Roh, the haircuts help the team get dialed in a little bit more, and brings the team closer together.

When the team enters playoffs, one loss means immediate elimination from the tournament — thus, the shift from a regular season mindset can be sudden and difficult.

“(The haircuts are) a good way to transition from a long season with a lot of games to playoff mode, where one game could change everything,” Roh said.

However, plans for this season are still unclear.

According to Roh, the seniors are currently unsure of whether or not they will continue the tradition because of the team’s poor playoff performance in past seasons.

“Every year we’ve done it, we’ve lost in the first round,” Kasevich said.

Though the style of cut may change from year to year, this tradition retains the same values through every season.

What may seem like just a hairstyle brings teammates together before a contentious and critical time, and represents a shift in the team dynamic — bonding the team on both a mental and physical level.

According to Roh, the seniors on the team are in talks about what to do for the ritual for this season and have not yet made a definitive decision.

“We might need to come up with some new tradition or maybe not do (anything),” Roh said.