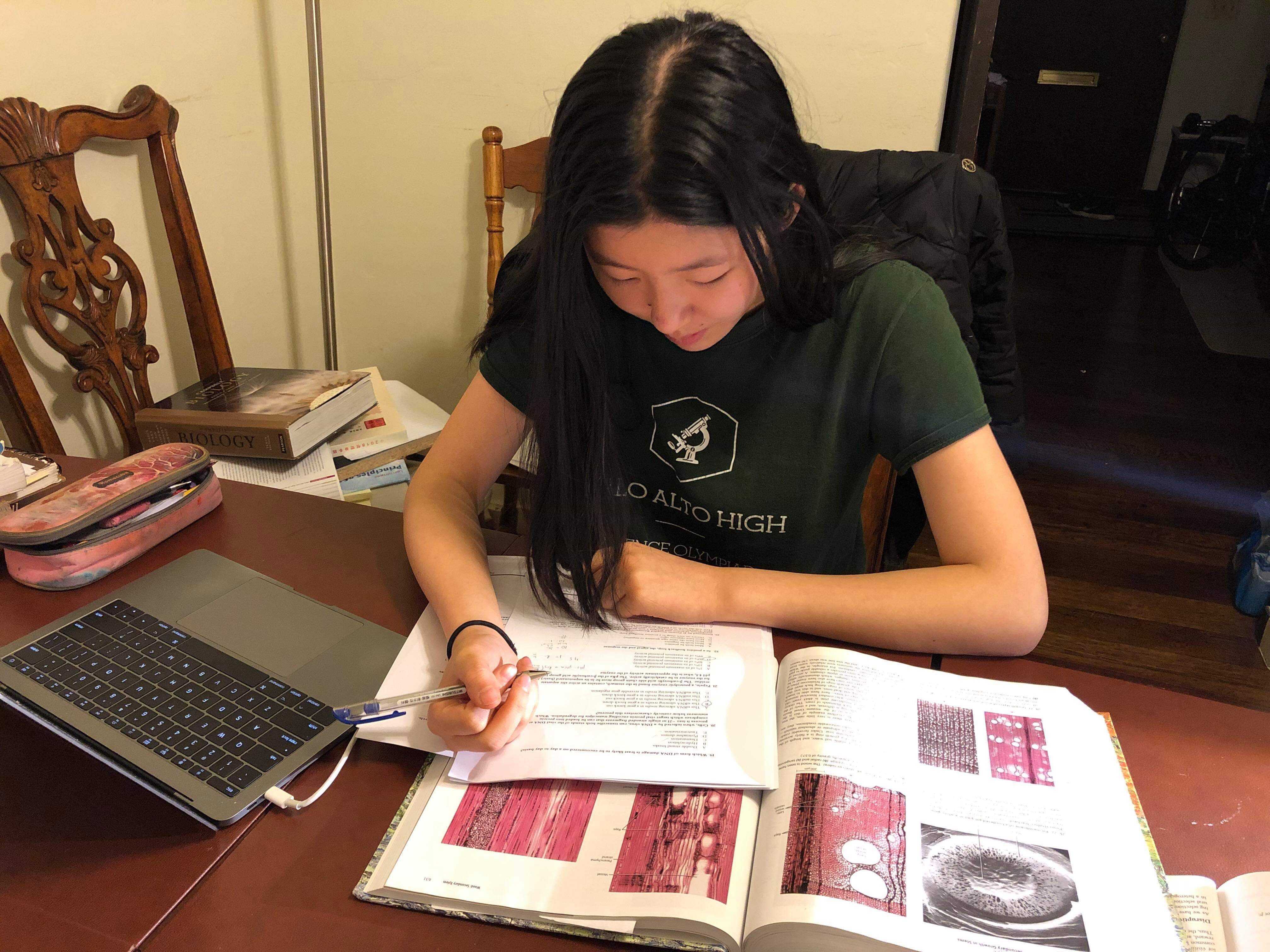 Students challenge themselves in Olympiads

If there’s any one component of high school that Paly students have plenty of experience in, it’s test-taking.

However, for junior Brion Ye, solving complex math and science questions has been a lifelong passion, and a skill demanded by some of the nation’s most challenging STEM competitions administered every spring, known as Olympiads.

“I participate in the math and physics Olympiads every year. The biggest reason is that my interests lie in those subjects, and they are the most rigorous and accessible way for me to test or demonstrate my abilities.”

These exams generally begin at a local level, with students who score exceptionally well advancing to more challenging exams. The ultimate purpose is to select a handful of students to represent the U.S. at international competitions.

In recent years, an increasing number of Paly students have turned to Olympiad exams in biology, chemistry and physics.

For example, junior and biology enthusiast Jenny Shi found that the Biology Olympiad, known as USABO, was particularly instructive for her.

“I think the appeal of USABO for me was that I could learn a lot across many disciplines of biology, from popular subjects such as anatomy and cell biology, to aspects that are taught less in school, such as biosystematics and plants. It gives me an excuse to study and read biology.”

While Ye and Shi have long had a passion for the Olympiads they participate in, senior Nathan Ramrakhiani was initially drawn to the US National Chemistry Olympiad local exam last year because of the extra credit being offered by Paly’s AP Chemistry course, which he was taking at the time.

“When I looked at a local exam online, I realized the tests are actually pretty challenging and are a lot harder (and) more in-depth than just the AP material,” Ramrakhiani said. “To prep for the Chemistry Olympiad, I basically studied for the AP Chemistry exam early, which saved me time later, so it was worth it.”

After taking the local exam in March last year, Ramrakhiani scored in the top 5 percent of the country and was a top two scorer at Paly, qualifying him for the national exam.

“One of my main goals as an educator is to push kids to learn new topics and apply their classroom knowledge to the real world. The Olympiad exam allows my students to test their knowledge of chemistry in a relaxed, stress-free environment. Though most students may not reach past the first round of the exam, it pushes kids to think creatively and challenge themselves, yet not have any consequences for their performance.”

Although Olympiads are an inherently competitive activity, according to Ramrakhiani, the culture around Olympiads at Paly remains quite healthy.

“In my opinion, the culture around the science Olympiads is very relaxed,” Ramrakhiani said. “There’s not a lot of pressure, and it’s kind of just a fun way to test your knowledge on a significantly harder test … I think it can be enjoyable to challenge yourself and push yourself academically.”

Chemistry aficionado and Paly junior Roland Hu, who hopes to succeed in the Chemistry Olympiad this year, agrees with Ramrakhiani.

“The culture at Paly for these types of tests is pretty diverse. I do it because chemistry is known as the ‘Central Science,’ the title of the AP Chemistry textbook. The reason it’s ‘central’ is because it connects all the other sciences like physics and biology. When I first started to learn chemistry, I started to understand a lot concepts we took for granted in biology, like how photosynthesis really works.”

Although different Olympiads test a wide range of subject matter, sophomore Noah Holbrook, who recently advanced to the second round in the math Olympiad (known as the AIME), believes there is an underlying strategy to approaching Olympiads.

Holbrook said, “You have to think outside the box and invent ways to solve problems that you haven’t been taught.”