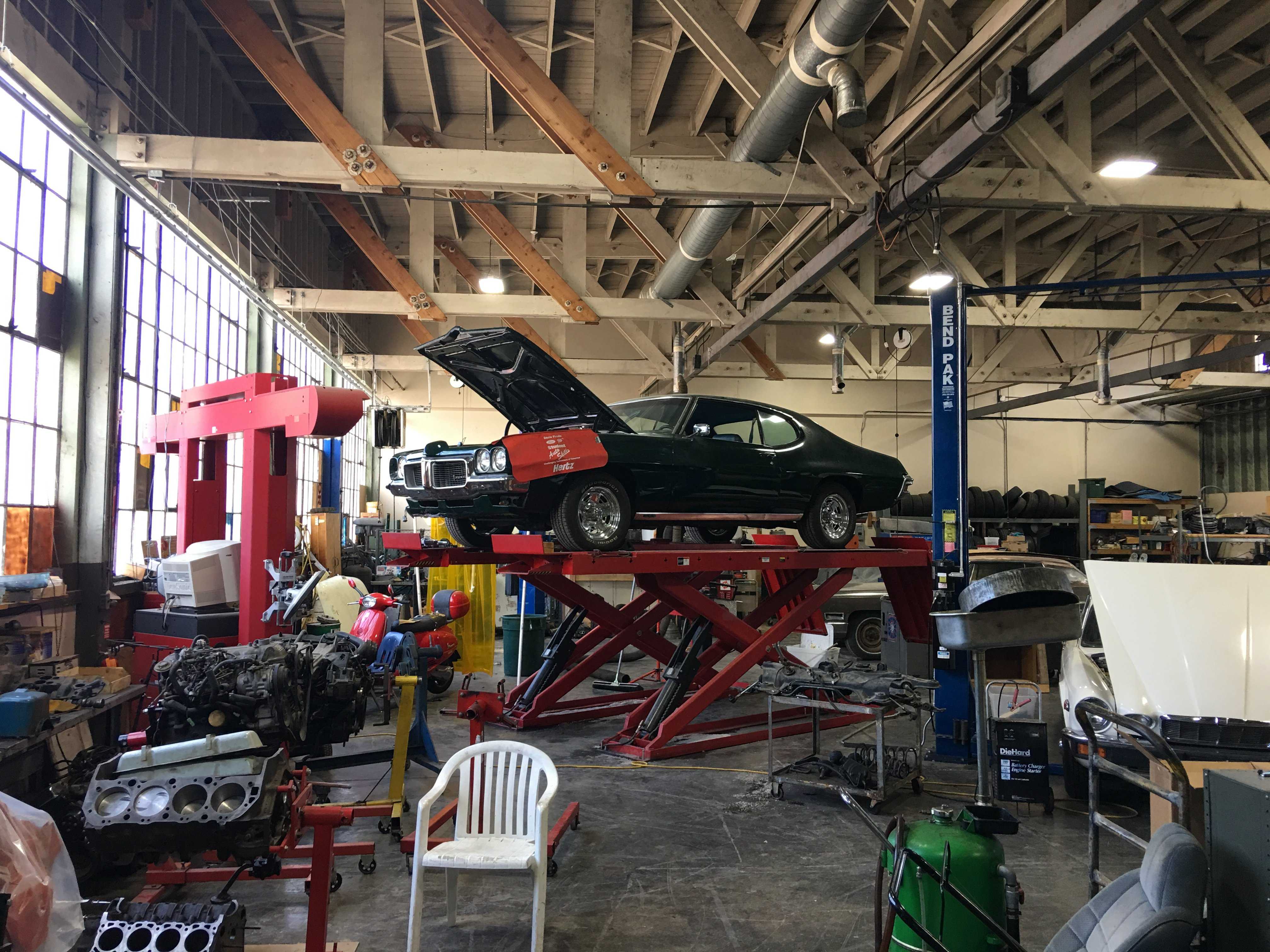 Following the completion of the new library, the facilities steering committee is now considering a proposal to renovate the auto shop, a possibility that has been discussed for years.

The facilities steering committee, made up of Paly administrators, department leaders and parents, is in charge of creating construction plans with the current fund and proposing them to the Board of Education for final decision. According to Assistance Principal Jerry Berkson, the committee is currently discussing the potential use of a $54 million fund that Paly recently received for construction.

Automotive technology teacher Doyle Knight, who has been teaching and working in the shop for 27 years, said he hopes the school can keep the old building instead of starting from scratch.

“The shop has been around for 70 or 80 years, and I’m kind of sentimental. I kind of hate seeing old things being taken down for updates … But I understand that they think the shop needs updates, and I’m OK with it as long as I get to keep my program.”

Despite understanding the intentions of the reconstruction, Knight said he is concerned about how the automotive technology class will run during the estimated two years of construction if the proposal is accepted.

“I might be able to move one of the lifts outside and use that for class, but then I have to protect it from weather and other factors, since it’s not really made for outside use,” Knight said. “It will just be a lot harder without the lifts and other facilities in the shop.”

Besides the curriculum of the course, another concern of Knight’s is that fewer students will enroll in the class — which relies heavily on the facilities — during construction.

“I just worry about that students will not be as interested in the class when (the shop) is being rebuilt,” Knight said. “I hope that’s not the case … I’ll still try to make (the class) as hands-on as it is now, with little lecture (and) mostly learning by doing.”

According to Knight, both students and parents are concerned about the fate of the auto shop, partially because of a rumor that the school may decide not to bring the auto shop back in the future.

“This year, I have heard a rumor saying (administrators are) planning to close (the auto shop) and possibly not bring it back,” Knight said. “(Students) always ask me about what would happen to the shop. I’ve also gotten emails from parents asking about it. I told them that it should still be around, so don’t worry, but it is kind of nice that they don’t want to see it go away.”

Senior Claire Qiao, who has been taking automotive technology for one and half years, said the unique part about auto courses is that one gets to actually experiment with their hands, which explains the importance of the shop to the class curriculum.

“The auto shop gives one opportunities to actually work on cars and use machinery. I really love this hands-on aspect of the class, because (working with hands) is a skill that I will take with me for the rest of my life, and I use this knowledge on a day-to-day business.”

Similar to Qiao, senior Christopher Clark, who is also taking automotive technology, said he does not think construction is necessary.

“I like the class environment and how the old auto shop looks like now,” Clark said. “Everything is at a good place.”

According to Principal Adam Paulson, the facilities steering committee has not made a final decision regarding the reconstruction plan.

“We have a facilities steering committee that has just begun the process of discussing future projects a Paly,” Paulson said. “I will let the student press know when we have some developments.”