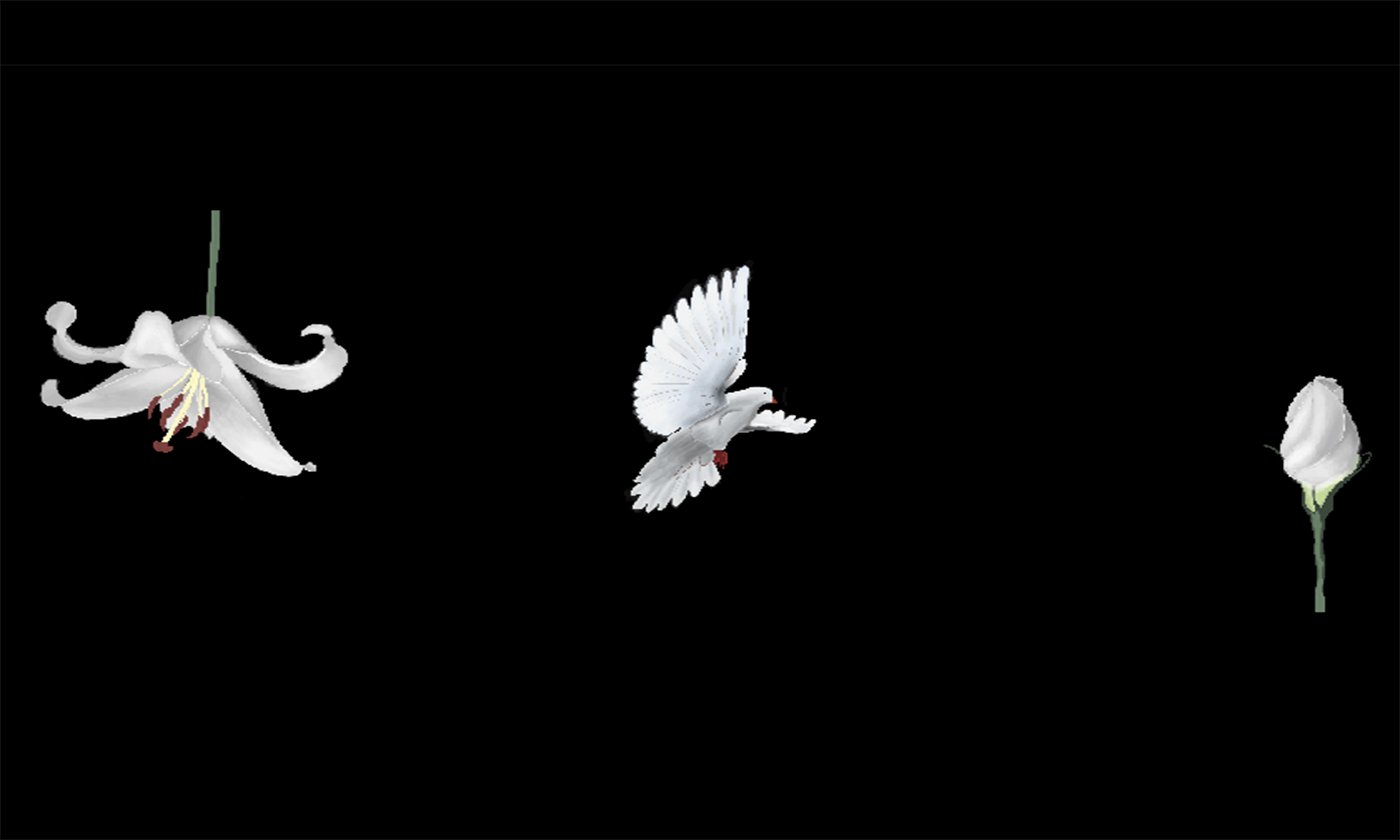 The norms of intimacy, pleasure and sexuality for impressionable adolescents have largely been established by portrayals of sex in mainstream media and popular culture. However, when those portrayals neglect to narrate the stories of non-heteronormative relationships with any real depth or complexity and the individuals who abstain from sex, questions and expectations about virginity and sex can become even more muddled for adolescents whose experiences are not depicted in the media.

The Power of Virginity

The pressure and urgency to lose one’s virginity is one of many ways toxic masculinity manifests itself in society and the home environment, according to Paly senior James, who agreed to be interviewed if his name was changed. James’ perception of sex and the expectation to have it at a young age was heavily influenced by his upbringing. For the majority of his adolescence, James lived under the guardianship of his uncles, as his mother had been incarcerated from the time he was in fifth grade to his sophomore year of high school. Growing up in a male-dominated household without a strong maternal presence led James to view himself and his relationship with sex through a lens hazed by machismo — having sex was understood as not only a rite of passage to manhood, but also to adulthood.

“My uncles, they were all older, and I knew they all did stuff like that and I felt like I had to get older and be like them, so I felt like that (having sex) was one step closer to doing that.” James said.

On his 14th birthday, James lost his virginity to a girl in his grade whom he had been dating on and off in middle school. According to James, they had protected sex by using a condom that his friend had given to him, but neither had received any formal sex education in school about how to have safe sex for pleasure.

However, when sex is not taught in schools or at home, students may resort to other, less dependable sources for sexual health information, such as their peers, popular culture or the internet.

“Not giving students information can potentially lead to them seeking out answers on their own from unreliable or inaccurate sources.” Living skills teacher Alyssa Bond said.

Although James said, in retrospect, losing his virginity at such a young age has led him to become more cautious and thoughtful about his sexual decisions, he still regrets engaging in something that he knew little about at the time.

“I shouldn’t have (had sex) so early because it led to not only a lot of drama, but it also hurt that person … ” James said. “I wish I was older and understood the situation better instead of just going  at a such a young age.”

To many heterosexual boys, virginity carries a stigma that subordinates them by questioning their sexuality. A large component of the hookup culture at Paly follows the assumption that if one does not “hookup” with others, it must be because of one’s inability to do so or one’s attempt to mask something rather than a result of their personal choice, according to James.

“With guys, off top, say you’re in a friend group and you’re that one guy who rarely hooks up with girls, your friends will legit in their back of their head think you’re gay or just call you gay all the time and crack gay jokes on you, but not on the person who hooks up with other girls,” James said.

For others, virginity is a lens that empowers them to question their sexuality and explore the most intimate parts of themselves. For Paly junior Jasmine, who agreed to be interviewed if her name was changed, losing her virginity during her freshman year of high school allowed her to discover her bisexuality.

“I have always vaguely known I was bisexual, but did not really accept it until after I lost my virginity, which definitely helped construct the power of virginity,” Jasmine said.

According to Jasmine, embracing her sexuality has broadened her definition of sex to encompass more types of intimate interactions between people other than the traditionally thought of male-female intercourse, which further muddles the borders at which virginity is lost.

“Many people engaging in sexual acts still claim they have not lost their virginity, and as it is not a clear cut thing, it is easier to see that it really does not have that much importance,” Jasmine said. “Sex as a whole is important and deserves to be thought out, yet the enigmatic virginity is not what people make it up to be.”

Moreover, the definition of sex portrayed in mainstream media is often misleading, as it fails to include truthful experiences of those who are not heterosexual. According to Vetter, storylines about gay romances in the media are often warped for entertainment purposes and distort the realistic experiences of queer people.

“I think it’s a big trope in movies and the media — the closeted jock or the closeted bully secretly f—— the gay guy he’s bullying — and that is just not something that exists at all,” Vetter said.

In addition, due to the lack of discussion in the media and popular culture about the sexual experiences of non-heterosexual people, queer students are often left with inadequate resources and support systems for gaining knowledge about their physical and mental sexual health.

“When I first came out, there were not a lot, or any other gay boys, so I had to get everything about not being straight from TV and movies, which is just terrible because it does not turn you into a well-rounded person and it doesn’t allow you to develop into your own person because you’re so influenced by TV and movies,” Vetter said.

According to Vetter, premarital sex for pleasure was not taught in the Living Skills course he took over the summer.

“The teacher never really told us about anything other than heterosexual sex to make a baby,” Vetter said. “I think that’s something that definitely needs to be changed in PAUSD because there are plenty of people at Paly having sex for pleasure.”

Teachers must approach sex education by embracing all of its complexities, including its emotional and psychological components, according to Vetter. The socioemotional elements of sex, specifically in hookup culture, are often discussed exclusively in heterosexual terms — if talked about at all. According to Vetter, gay men are particularly susceptible to health issues concerning body image.

“I think gay men are at a pretty high risk for eating disorders and I think that goes along with the hookup culture because for most LGBT people, a lot of what your worth feels like is placed on your outer appearance.” Vetter said. “So on one hand it’s like yay sex, sex is fun, but on the other hand it’s like I feel s— about my body, you know.”

Paly junior Skye, who agreed to be interviewed if their name was changed, who identifies as nonbinary and bisexual, is another student who has struggled with insecurities about their body-image. Skye attributes their gender identity and sexuality to what has led them to develop a cynical view of high school relationships and finding love for themself.

“As a non-binary person who has never been in a relationship, I have kind of felt like it (my identity) inhibits my ability to feel wanted, especially in conjunction with body image issues that come from gender dysphoria.” Skye said.

Skye claims to struggle with seeing themself as romantically or sexually desirable, which has prevented them from romantically pursuing other students in high school. This mentality is largely influenced by both the misrepresentation and the underrepresentation of non-binary people in the media, according to Skye.

“In terms of representation, we always see the beautiful, cisgender people falling in love while their less conventionally attractive and less gender conforming sidekicks aren’t shown as romantically or sexually desirable, which can be really damaging for kids who grow up feeling disconnected from the concept of gender binary or for those who don’t feel as though their bodies match societal standards,” Skye said.

While sex has been constructed by the media and popular culture to be a hallmark of the American teenage experience, sex, for many students, does not represent a significant, if any part of their high school reality. Senior Noor Navaid has chosen to remain abstinent until marriage due to her faith, which has consequently influenced her to personally want to abstain from engaging in sex in high school.

“I’m Muslim and in Islam, there is an emphasis on avoiding premarital sex or really any intimate action before marriage or commitment to a partner,” Navaid said.

According to Navaid, in Islam, if a man impregnates a woman, he is to take full financial responsibility for supporting the child and the woman during her pregnancy. his tradition contributes to why premarital sex is discouraged, as often times, when there is no moral or legal obligation to his partner, it is easier for the man to avoid the responsibility.

Although Navaid grew up with an understanding of virginity that was predetermined by her religion, she has discovered her own sense of with virginity that is larger than the act of simply abstaining from sex.

“To me, virginity means being protective of yourself and respecting yourself as a modest girl/boy, woman or man.” Navaid said. “It also carries the responsibility to not place oneself in compromising situations or giving in to momentary emotions, or social pressures.”

Paly junior Dillon, who agreed to be interviewed if his name was changed, is another student who is choosing to remain abstinent in high school.

Although Dillon’s choice to not have sex is not influenced by religion, he attributes his personal beliefs about virginity largely to the influence of his parents’ conservative values and the similar values held by his friends.

Some of it is my parents, since my ideals are what they are mainly because of them, but also my friends mostly have similar beliefs as me.” Dillon said. “All of my friends haven’t had sex.”

According to Dillon, while some students feel pressure from societal expectations or their peers to have sex, there are many students who are untroubled by the emphasis to have sex.

“I don’t feel any pressure from the media or society, really, and it hasn’t affected my life much.” Dillon said.

According to Jasmine, regardless of the student’s sexual experience, there is a general agreement among students at Paly that the social stigma to have sex has shifted from the cliche that has long dominated Hollywood plots to be more respectful of students’ varied decisions.

Jasmine said, “I think in the modern social scene most people respect that people make the choice to lose their virginity at different times.”