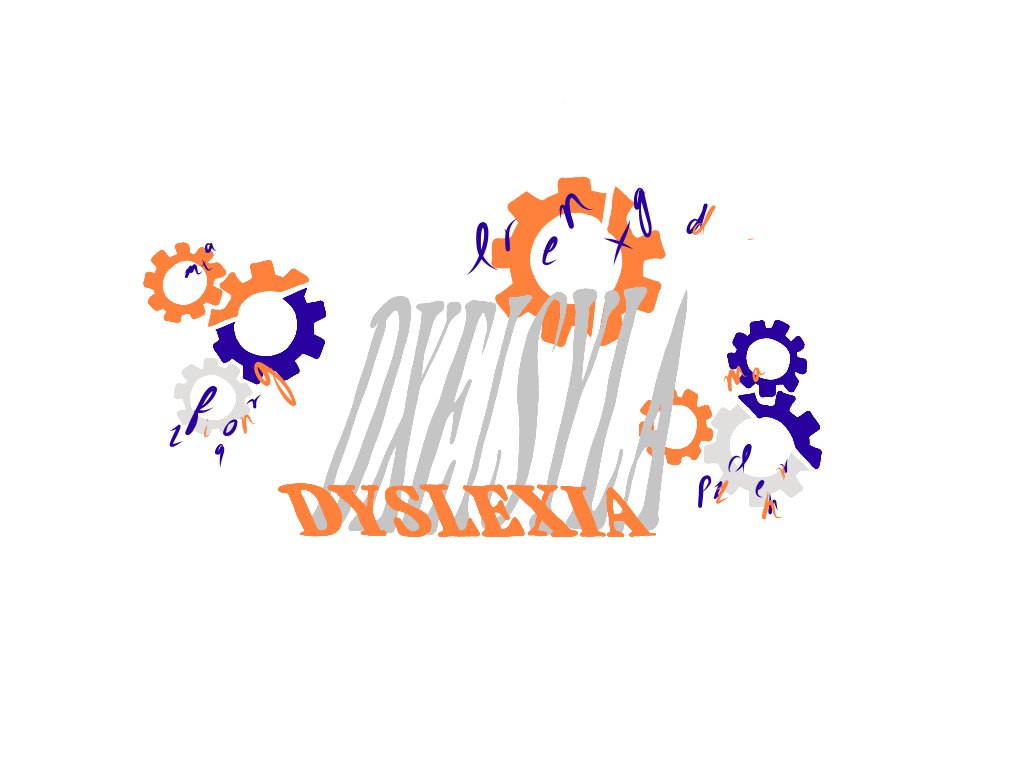 Times New Roman, double-spaced, 12-point font. Autopilot kicks in to most student’s brains as they subconsciously format their writing to fit the standard MLA format, a style teachers introduce at the beginning of freshman year English and reinforce throughout high school. However, senior Otto Berndt takes issue with Times New Roman, or any serifed font, for that matter.

A serifed font entails embellishments on the lettering, meaning slight projections, or serifs, from the edges of each letter. Most people may not think twice about the subtle details of fonts, but for Berndt, these slight variations can change the way he grasps the meaning of a text.

“When I’m reading serifed fonts, sometimes certain letters right next to each other will combine to look different,” Berndt said. “For example, a ‘u’ next to an ‘l’ will look like a single ‘d’ to me, and then I have to go back through and read it again, pick out that word that I read incorrectly, and then I can understand the sentence.”

Berndt is one of millions of Americans with dyslexia, a learning disorder that affects one’s ability to process language, making reading more challenging, according to the Mayo Clinic. Most individuals are diagnosed with dyslexia when they first enter elementary school, since it is difficult to recognize symptoms before children begin to read, but Berndt said he didn’t receive his official diagnosis until he was nearly halfway through high school.

Berndt said he first noticed symptoms of dyslexia at a young age, a time at which his school’s accomodations were vague.

The distinct reading levels and expected growth at the elementary stage made it easy for Berndt and his teachers to make comparisons.

“When they were reading ‘The Magic Treehouse,’ I was still reading picture books, and there’s a clear, large difference in reading comprehension,” Berndt said. “(Administrators) didn’t do much about it at the time ­­— I was just put in some alternate resource courses.”

Kate, a senior who requested for her name to be changed for anonymity purposes, said she recalls being strikingly self-aware as an elementary school student — despite being so young, she picked up on certain symptoms and had suspicions of her dyslexia.

“I was always a terrible speller, and I was also always sort of slow at reading,” Kate said. “I remember actually thinking that I was dyslexic, and I told my mom, who asked some of my teachers, but they said that I was doing well at school and there was no such issue.”

What Kate was recognizing was a slight deficit in the phonological component of language, or more specifically, an impediment in her ability to notice, think about and manipulate the individual sounds in spoken words, according to Sally E. Shaywitz (Dyslexia the Gift).

Kate hit a roadblock once she began enrolling in language courses — the sheer amount of spelling in Spanish classes was inherently difficult for her. Kate said her struggle in Spanish sparked a moment of realization.

Following eighth grade, Kate was tested for dyslexia and her suspicions were confirmed. The evaluation entails a series of tests that hone in on particular skills, such as phonological awareness, the ability to decode, reading fluency and comprehension and rapid naming, according to Shaywitz.

Despite acquiring the new identification, Kate said learning she had the disability didn’t spark large adjustments to her daily life, only to her mindset.

“Having the label of dyslexia was just an affirmation of something I already knew,” Kate said. “However, having a vocabulary term to describe my learning was liberating, because all of a sudden, there was a lot more that I could look into. There were a lot of books, there were a lot of people experiencing similar things to me and there was more of a community around me.”

Paly senior Carlos Diaz, another student with dyslexia, said he often finds himself frustrated with the constant reminder of accommodations in the classroom, as he believes it dampens a student’s incentive to apply themselves.

“When I have extra time on tests, teacher notes and other things, I just don’t find myself using them at all,” Diaz said. “I tend to find myself just going on about class like everyone else.”

According to Diaz, the special treatment can be both distorting and demotivational, and there are other ways to compensate that can be self-initiated.

“I’m told that it takes longer for me to comprehend concepts, but I really don’t find that to be true,” Diaz said. “To me, it’s more just that if you study, you’ll understand it. It’s as simple as that.”

Diaz has been enrolled in a course called Academic Planning for the last four years, a class that acts as a study hall and allows students to seek help on their homework assignments.

One of the graded assignments was to send an email to all of the student’s teachers at the beginning of the school year to inform them about dyslexia, but for the past four years, Diaz has chosen not to, and lost points for neglecting to do so.

“I would much rather just be treated as a regular student. I just want to know that I am capable enough to do the work.”

Upon discovering the benefits of audiobooks, the world of reading quickly changed for Berndt — he found that listening to a speaker while simultaneously reading a physical text made understanding the material much easier for him.

“When you have an audiobook on, there’s almost a second voice in your head that’s correcting the mistakes that your brain might be making,” Berndt said. “It made it easier and more enjoyable to read large volumes while still comprehending what’s being said and understanding at a higher level.”

Kate echoes Berndt’s sentiment, explaining that she began to make an effort to learn via spoken word whenever possible.

“I’ve become extremely interested in podcasts — hearing someone’s voice is a much more relaxing experience for me than reading off of paper,” Kate said.

All three students expressed different coping mechanisms, demonstrating that there is no specific recipe for dyslexia treatment — each individual has to learn about the personal accommodations or techniques that best support their needs through trial, error and experience.

Kate said she quickly recognized that languages were an impossible battle for her. Through self-initiative, she made a schedule shift that would allow her to pursue something more rewarding.

“When I was going into my sophomore year, I proposed to my parents, ‘What if I took computer science next year instead of Spanish?’ and they were supportive of it,” Kate said. “I ended up calling different colleges and saying, ‘Hey, you might think this is bizarre, but how do you manage the different high school courses that dyslexic people take and what language requirements must be met?’”

For Berndt, personal acommodations came in the form of manipulating the text he was reading using technology.

“Most books are printed in Times New Roman or other similar serifed fonts, and I have a Kindle that allows me to change the font of a written text, which is a huge help to me,” Berndt said. “I can also adjust the size to the ideal font size. I have everything on my computer set to a non-serif font, such as Arial, just to make things easier for myself.”

Berndt said people tend to have many far-fetched notions about dyslexia that are often perpetuated by stereotypes.

“I think that people have this idea that dyslexic people are seeing the words moving around on the page, swimming all around in the air. It’s really not like that for everyone.”

Kate said in her experience, people can subconsciously look down on dyslexic individuals as incapable. She accredits this to misconceptions that stem from words like disability or disorder. With the prefix ‘dis,’ these words inherently hold negative connotations.

“To me, the word ‘disability’ usually means providing aid to something that’s wrong,” Kate said. “I think that a lot of dyslexic people are unconventional, and yes, they may have some weaknesses, but also, the more and more I learn and connect with dyslexic people, I realize that many of them have very similar strengths.”

According to Kate, she’d like to see society shift the manner in which dyslexia is portrayed in order to eliminate the negative stigma surrounding dyslexic individuals.

“Picturing dyslexia as an unconventional learning style as opposed to a disability is really important in terms of acceptance,” Kate said. “Stanford (University) recently held a public neurodiversity conference that was really inspiring, and I just really appreciate that they used the term ‘neurodiversity,’ a word that really changes the whole portrayal of dyslexia. It just goes back to looking at dyslexia as a different way of learning rather than using the word disorder, which is really uplifting.”