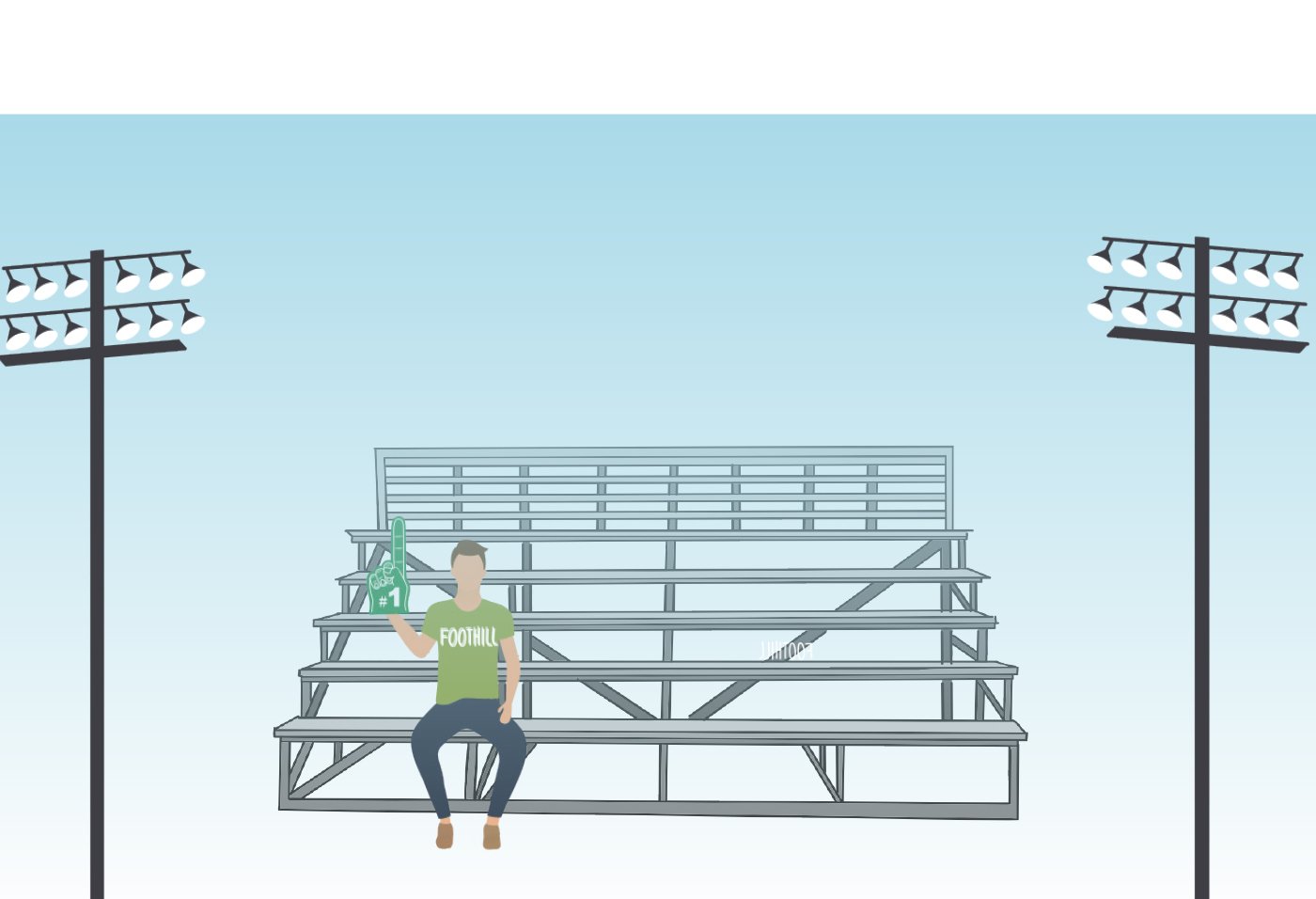 After hanging up their Viking jerseys, some  Paly athletes go on to play Division I, II and III sports. However, others find that the next step of their athletic careers is not at four-year colleges, but local community colleges, also known as junior colleges.

All local community college athletic programs are a part of the California Community College Athletic Association (CCCAA). The CCCAA oversees over 100 schools and 26,000 student athletes, who compete in 24 different men’s and women’s sports, ranging from wrestling to track and field.

Within the Bay Area, the community colleges are divided into different conferences — while Foothill College and College of San Mateo compete in the North Coast Conference, De Anza and West Valley are part of the South Coast Conference.

Jason Fung, a Paly physical education teacher and former athletic director, said there are a few reasons a student athlete may choose to attend a junior college.

“(There’s a) grade factor that is an important determinant (in the decision of going to community college). (Some athletes) went to the junior college knowing that their grades weren’t the best, but still wanted to play, say, football (or any sport). (There are also) kids (who) went away to school and decided, ‘Hey, it’s not (going to) work for me, I’m (going to) try the junior college route.”

Fung said attending a community college allows for a trial period that could help students decide if they would like to continue pursuing athletics.

Being a former junior college athlete himself, Fung said participating in sports while at community college allowed him to continue to do what he loved, while not being far from home.

“I did track at Foothill and loved it,” Fung said. “For me, at the time, it was the ideal pathway. It helped me get my credits and I didn’t really care to ‘go away to school.’ I was fine just running locally and doing local stuff. I transferred twice.”

After running track for all four years at Paly, Marik graduated in 2018 and was set to  attend Saint Mary’s College of California in Moraga, Calif. for the next four years, not playing sports.

However, after one semester, he left Saint Mary’s and transferred to De Anza College in Cupertino, where he is currently on the track and field team.

“(I regret) not pursuing my sport out of high school. I had Division II, NAIA and Division III offers to run college track.”

However, Marik said not running track for a semester revealed just how big of a role it played in his life.

“After being away from the sport, I realized its importance to me,” Marik said. “My best next step was to run at junior college … Hopefully (a Division I school will offer) an opportunity again.”

Marik said his transition from Paly to college and then to junior college wasn’t always the easiest, both physically and mentally.

“It’s an ego-check coming from Palo Alto, where our stigma about junior college is generally negative,” Marik said. “I took time off (from track), since I was initially not competing, so the athletic transition was not easy.”

In comparison to high school athletics, Marik said he considers junior college athletics a level above, in terms of competition.

“You still have people competing for fun, but you also have people training to go (to a Division I school) who are already at that level,” Marik said. “One of my teammates at De Anza is 15th in the country across all divisions in his event so far this year. You are expected to devote more time and energy into your sport than ever before.”

“(Sports are) still just as much hard work as being a four year student athlete. (The transition) wasn’t too hard for me academics wise, since Paly prepared me very well, but it definitely was a wake up call in (terms of) how involved I had to be, since practices and weights happen just about all year round.”

De Anza College baseball player and Paly alumnus Nathan Willis also credits high school for preparing him for handling the academic and athletic balance of being a community college athlete.

“(I have) morning workouts four days a week and practice (and) games six days a week,” Willis said. “The schoolwork did not change very much, since Paly was such a rigorous high school, but the time commitment (to sports) still makes school more difficult.”

After graduating from Paly, the athletics programs at the local community colleges are what ultimately led Newman to decide which junior college she would attend.

“At first I was going to attend Foothill College, but I found out they did not have a track team,” Newman said. “The head coach for De Anza’s team found out I was going to Foothill, so he reached out and recruited me to come and run for him at De Anza.”

For many community college student athletes, junior college is a two-year stepping stone to eventually being at a four-year college.

Newman said the commitment to athletes is another piece to balance in eventually pursuing transfering to a four-year university.

“You need to make sure you get into all the classes you need to transfer after two years, but they can’t interfere with any practices,” Newman said. “Even though it is considered ‘not as good’ by many we still put in the same work as an athlete in the NCAA.”