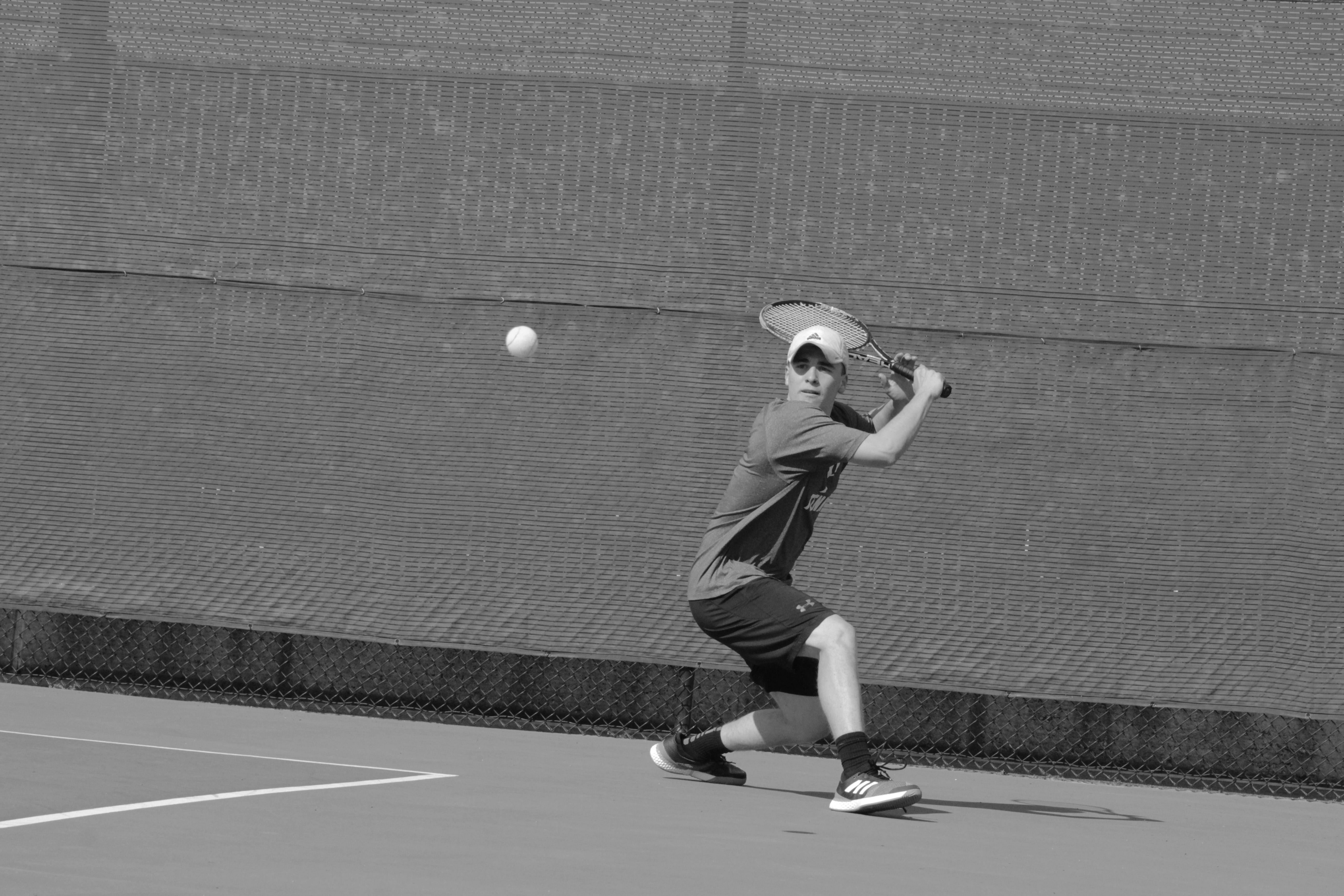 Senior varsity player Nathan Ellisen sets up for a backhand slice in a match against Gunn on April 16, 2019.

Boys tennis struggles to succeed after injuries to several players

ith a 6-4-0 league record, the boys tennis team is in second place in the El Camino league and is now focused on one of its main goals for the season: winning Central Coast Sections.

According to junior Sonny Young, the team struggled to build a cohesive community due to a skill gap between newcomers and returning members at the beginning of the season.

This was also because the previous members have had so much history together. But as the season has progressed, the gap has closed.

The team went on an overnight trip to Fresno and was able to settle in and bond.

“We have gotten used to each other’s playstyles enough to trust (in) each other’s ability to perform well in matches.”

Even though team chemistry is no longer a challenge, the boys tennis team is not satisfied with its record, as they have lost several close matches.

According to junior Brion Ye, the close losses were because the team had to deal with the temporary absence of some of its top players.

“Our top four players were rendered unplayable for several weeks due to injuries,” Ye said.

The injuries caused the team to have a shortage of players, and it was difficult for the coach to construct the optimal lineup to maximize the team’s performance, according to Young. Despite this challenge, the Vikings have kept every match close.

“Even when someone loses, it is never without a good fight to the end. I find it impressive that every member on the team is at a high enough level that we can depend on each other to perform well.”

The individual players are seeing improvements in personal skills from these close matches and playing every day during practices, according to Ye.

“Every practice and match is an opportunity to refine techniques,” Young said. “I’ve been able to learn a lot from other players in the team who possess different strengths and abilities than I do.”

Practice after practice, every member on the team is working to improve their skillset, according to Young.

As the season comes to an end, the Vikings will have their last league game on April 23 against Santa Clara and are bound for SCVAL Championships from April 24 to 25.

“It is exciting to see everyone (on the team) grow as tennis players and as people,” Young said. “I look forward to beating the schools we faced as we near the end of the season.”