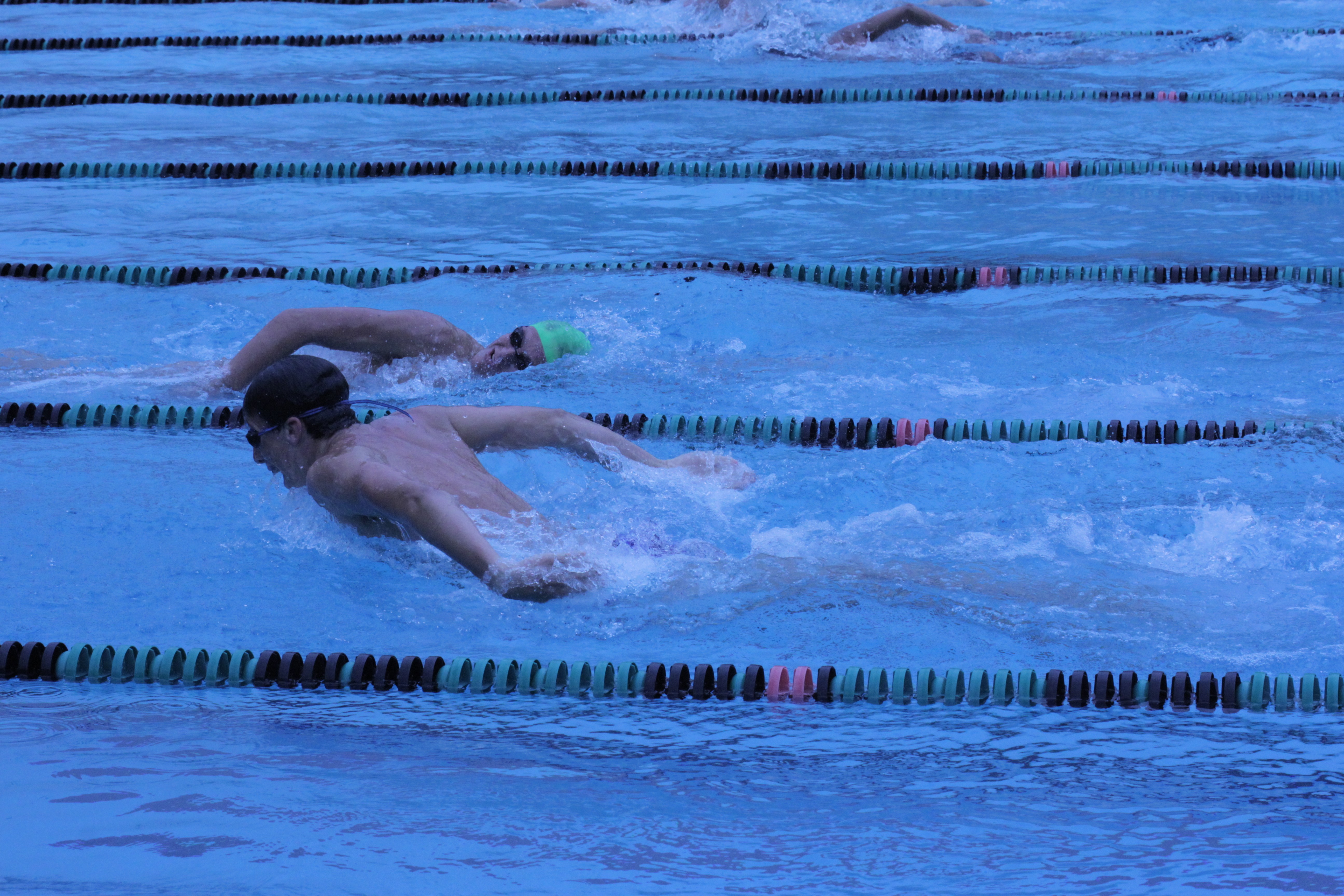 he varsity swim team won its recent meet against Homestead, building momentum to close out the season. Girls varsity won by 103-82 and boys varsity won by 111-75 on April 11, with the boys team continuing its undefeated streak.

“We won our last meet against Homestead and one of our relays beat the other girls relays by 0.01 seconds, which was an awesome race to watch,” senior and varsity captain Mary Fetter said.

As the season kicks into gear, the swim team continues to train hard to improve as much as they can.

“We have an amazing team atmosphere and practices have been hard, but also super fun,” Fetter said. “We have had some really rough five plus mile practices this season, but the team has been so great through all of it, and I’m excited to see how we can do at our championship meets in the coming weeks.”

“This season we’re much more focused and training harder. As a result, we’re currently undefeated and well on our way for a league title. We also have a much younger team with a lot of points coming from the freshman class.”

Freshman Harrison Williams, one of the new additions to the team, is already predicted to be a star swimmer, according to his teammates and coach. Within his first year, he has already gotten into the flow of the season and become close with the rest of the team.

“(The teammates) can be really funny and are there when you need them,” Williams said.

According to both Williams and Gormley, the boys swim team has been breezing through a large majority of their meets and is well on its way to winning league.

“The season has been pretty easy so far — (we’ve been) winning all our league meets by large margins,” Gormley said. “Although we did beat Gunn — a very talented team — by only a bit. Overall, we’re training harder and focusing better and the team as a whole is set on reaching our goals.”

Throughout the season, Coach Danny Dye said that he can definitely see the team’s improvement, and is excited for the meets to come.

“The athletes are training hard, they’re swimming hard, the boys are undefeated in leagues, girls have had a good back half of the season, improving a lot,” Dye said. “We’ve had some real surprises with some young athletes getting faster times and good amount of people qualified for CCS so it’s an exciting time. Divers have been doing fantastic as well, probably the best diving teams we’ve had at Paly so everything is really gearing up well.”