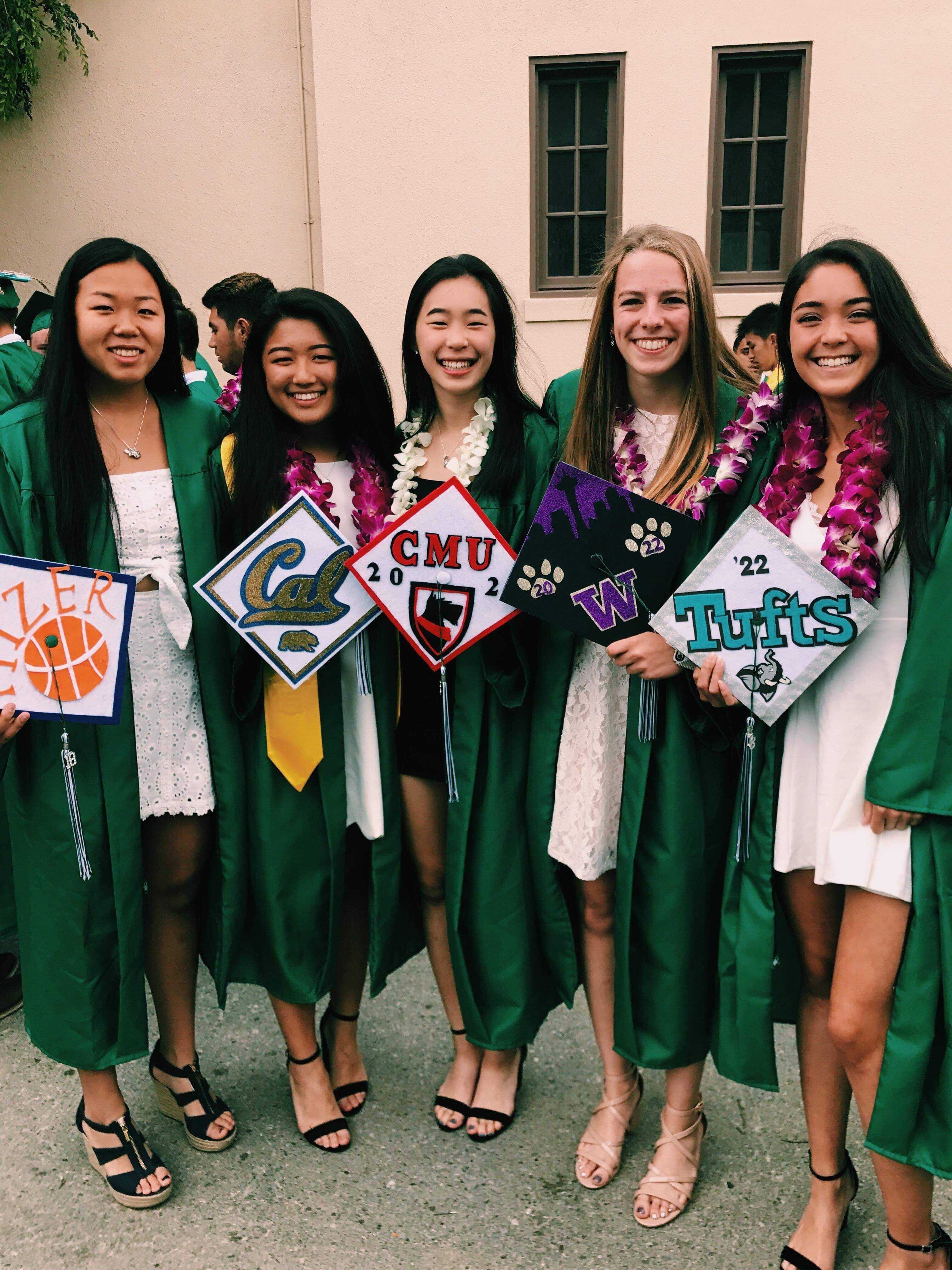 Now, finally free from high school, Fan has started a new chapter of her life at Carnegie Mellon University.

For many graduated high school students like Fan, college was an opportunity to meet new people, since they were entering a new environment and starting over.

But since students dissipate to schools all over the country, most high school friend groups, no matter how tight-knit, end up parting ways after high school.

Fan said because all her friends enrolled in different colleges all around the U.S., going from spending almost every day with her close friends to not seeing each other for months was a big challenge for her.

To help with this separation, many college students use social media apps such as Instagram, Snapchat, FaceTime, VSCO and Facebook Messenger to stay in touch with high school friends, according to Hannah Darby, a freshman at Colby College.

“I talk to my friends on FaceTime once a month and Snapchat,” Darby said. “We also follow each other on Instagram and VSCO so we keep up with each other’s photos.”

Since college students are so busy with school and socializing with their new friends, it’s hard for them to balance moving forward to a new part of their life with maintaining old relationships, according to Darby.

“You really have to make an effort to take time to text or FaceTime a high school friend in order to stay in touch,” Darby said. “I have stopped talking to some of my close high school friends as much as I used to without meaning to or thinking about it.”

But despite these challenges, some Paly graduates still manage to find the time to talk to at least one of their friends every day with the help of social media.

“It is totally worth it to continue old friendships that are meaningful,” Darby said.

In addition to keeping in touch through social media, Darby said she also meets up with her friends around five times a year in person during winter and spring break.

“When I am home and they are also home, we usually get a meal together or go out,” Darby said.

Seniors at Paly are now preparing to finish their high school careers and head off to college, knowing that their friend groups will most likely separate as they pursue different paths.

Senior Prashanti Anderson said throughout her high school experience she has been in a friend group with friends who were older than her, so when they left for college, she felt as if she was left behind.

“We still do keep in touch, but it’s different, since we are growing apart and both have our own lives that don’t intersect as much anymore,” Anderson said.

Anderson said high school friendships are worth keeping, but only to a certain extent.

However, this could be difficult for some seniors, such as senior Cole Sotnick, who said he has been in the same group of friends ever since kindergarten at Walter Hays Elementary School.

“My friends are like brothers to me and it would be hard to imagine forgetting this time period in my life,” Sotnick said.

Since many seniors are still deciding which colleges to attend, Sotnick is still unsure if any of his friends will go to the same college as him.

But knowing that they will not all be together, they have already begun to plan ahead of how to keep in contact with each other.

“In college, we will most likely stay in touch via Snapchat or text message,” Sotnick said. “We’ve talked about making weekend trips to each other’s schools.”

Although college will temporarily split up friend groups, the moment when everyone gathers again throughout the breaks will be more memorable, according to Julianna Roth, a freshman at Grinnell College.

“We are all having unique experiences at college, and we are all eager to hear about how different it is for each of us. And your high school friends are the ones you would want to share these experiences (with).”