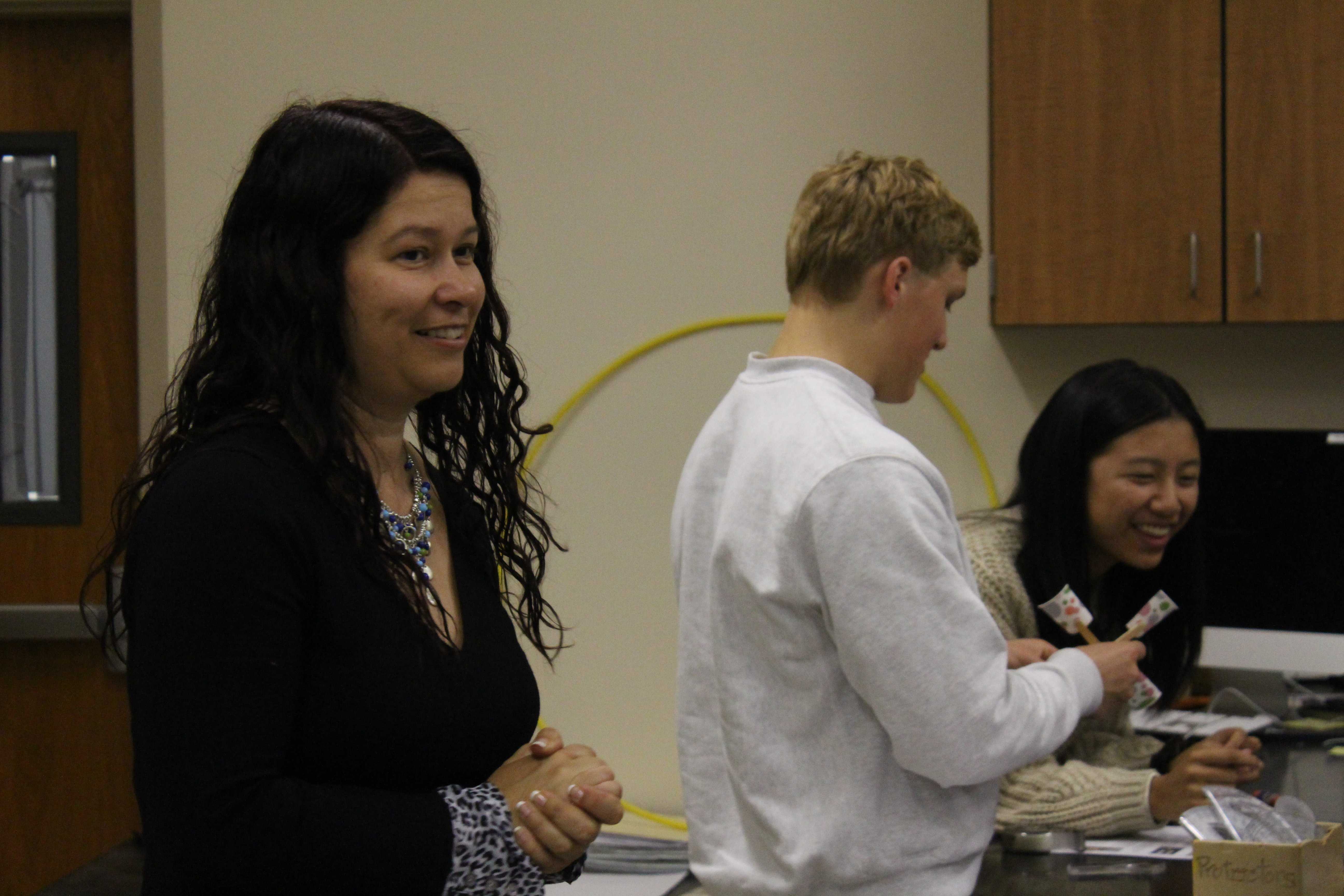 Eighteen years ago, when Paly physics teacher Gul Eris moved to Palo Alto, she began as a substitute teacher. However, she was able to solidify her abilities as a full-time teacher after giving a lesson on light rays, causing her Instructional Supervisor to dub her a “natural” educator.

This initial evaluation has since proven to be accurate, as students have commended her classes as compelling. Junior Brion Ye, a student in her Advanced Placement (AP) Physics class, notes how her passion towards the subject translates to efficient lessons and interesting labs.

“Ms. Eris has a really traditional lecture-based style of teaching, which is straightforward and effective for teaching students. She’s a respectable teacher.”

However, it took several years before Eris was able to establish herself as a valuable educator at Paly. Raised in Turkey, Eris said she showed promise of becoming a teacher since elementary school.

“I always found myself trying to gather up all the kids on the neighborhood and trying to teach them how to draw straight lines or make things,” Eris said.

Eris was then inspired to pursue a career in education by her physics teacher in high school. That teacher’s strict guidelines and heavy course load did not impede Eris’ thirst for knowledge. According to Eris, she handled the class with ease, developing a passion for physics, and the idea of becoming a teacher took root.

“Everybody thought that he was really strict and the course was really tough,” Eris said. “But it wasn’t tough for me and I loved it for some reason. And I was thinking, ‘Oh, I wish I could be as knowledgeable as him.'”

Due to her husband’s job, Eris immigrated to Saudi Arabia after finishing her education in Turkey.

“I was there with the other foreigners mostly, you know, American citizens,” Eris said. “You get to live in separate community, and it’s called compound.”

Eris described the compounds’ provided facilities as nice as a “five-star hotel.” Security guards surrounded the compounds so that no Saudi Arabian citizen could approach or access the facilities there. However, she faced significant sexism.

As a woman in Saudi Arabia, Eris was not allowed to drive a car, which hindered her transportation. In order to perform activities outside of the compound, women needed to wear a full-body veil, covered from head to toe. Since Eris was a foreigner, the rules were a little looser, and she was allowed to wear an abaya, which revealed her face. However, she still needed to cover her face when religious policemen were present.

Moreover, in Saudi Arabia, only men are allowed to speak and interact with the general public, while women can only work in closed environments that are accessible by solely women.

Inside the compound, Eris began working at an American school as a substitute teacher.

“It wasn’t very satisfying because the kids were very unruly, and didn’t listen at all,” Eris said. “And all I had to do was prevent them from going to internet and doing bad things in there.”

Her transition to Paly therefore brought upon a drastic contrast to her work in Saudi Arabia, as Eris found students to be “engaging, interesting and kind.”

However, Eris ran into confusing situations at first. Since she learned British English in Turkey, her pronunciation of some English words often amused students.

“I am not very close to the culture, so maybe I cannot give the correct references to things. When students make jokes to one another, I’m just looking. I’m not understanding, (but I’m not) feeling ashamed about that, I’m happy because I feel a connection in the classroom.”

Students have, in turn, acknowledged Eris’ enthusiasm to interact and assist them with the class material. Senior Dion Li, who is one of her teacher assistants, notes how many students appreciate her efforts to be available for extra help.

“I think one of the biggest reasons why I love her is her willingness to help,” Li said. “I never hesitate to ask her anything.”

However, possibly one of Eris’ most enduring qualities to her students is simply her openness as not only a teacher but as person.

“She is one of the kindest teachers I’ve ever had,” Li said. “It’s a lot of fun chatting and spending time with her.”