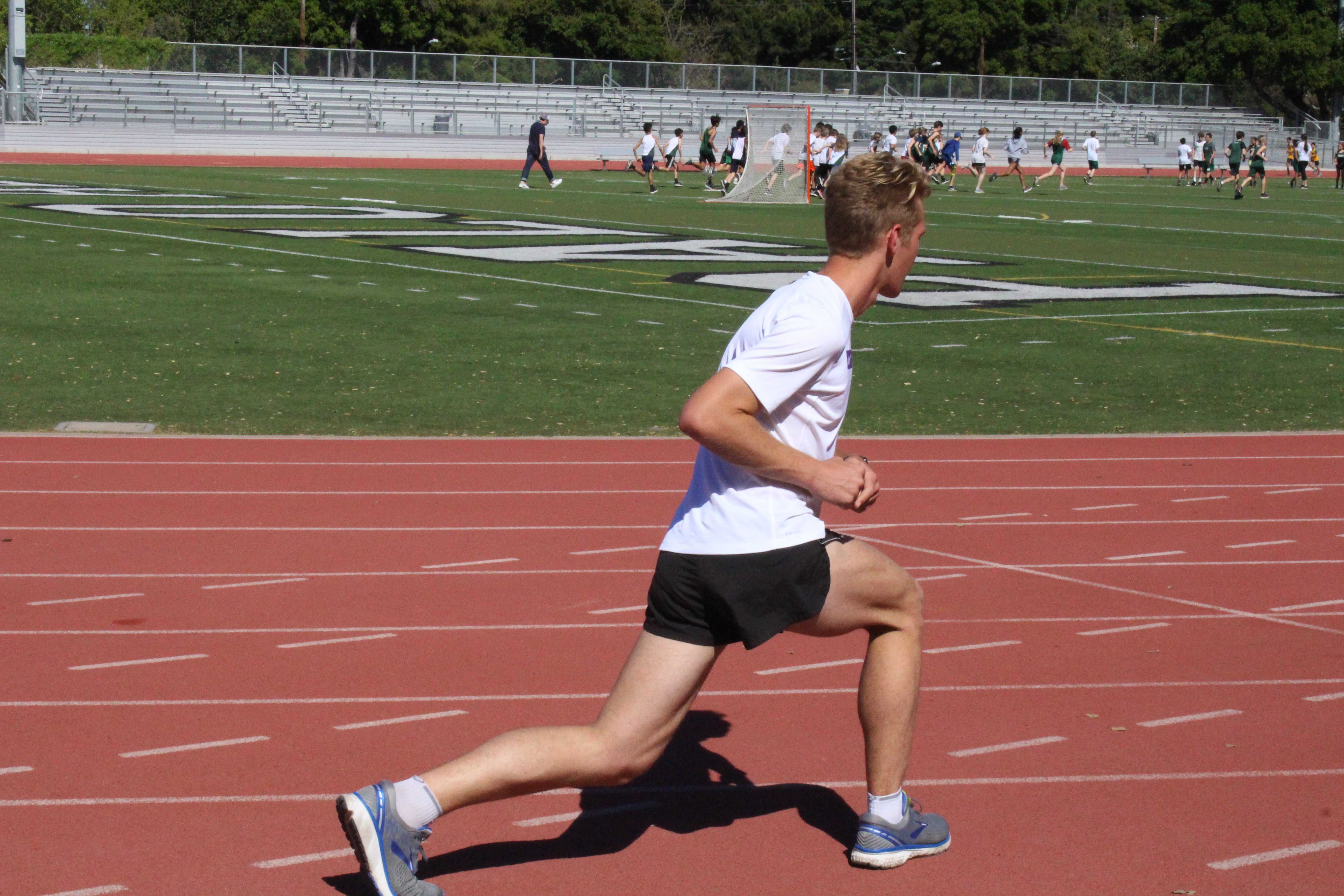 He could feel the McCalmont boy sneaking up on him from behind. His legs were burning and his heart was beating fast. Almost burnt out from the race, rolling hill after rolling hill, he raced toward the finish line. But this wasn’t the only race that he was preparing for. Along with qualifying in this race by two points for cross country CCS, senior Alex Evans also prepares for fun runs around the Bay Area.

Evans competes in all types of races from the fall to the spring. Evans said training for cross country and track helps him perform better, whether it’s a marathon or a friendly race.

“I like fun runs because they’re a good way to meet people especially when they’re within your community. One upcoming run I might go for is the (San Francisco) Half Marathon this summer with a bunch of other friends from cross country.”

Whether training for fun runs or marathons, it’s  a lot of work. But senior Donald Taggart said he extensively prepares for any race he competes in, knowing that this training will help him no matter what kind of running he’s doing

“Before every race and workout, we’ll do one to two miles, some stretching, dynamic drills and sprints to get us warmed up,” Taggart said. “I’ve run in three fun runs in the last year. One of them was a half marathon that about 10 other runners from Paly’s cross country and track teams ran in.”

This particular race was the Irvine Half Marathon. Taggart has also competed in Stanford Summer Scamper and the Coyote Point 5k.

Taggart said he likes running in general, and fun runs can be an easy race and way to chase after the goals he has.

“The environment at races is also so positive because they have the kindest people and everyone’s excited for the event,” Taggart said. “Finishing a race is extremely satisfying if you’ve accomplished your goal and especially if it’s a longer distance one that you’ve been training a long time for.”

Another cross country and track athlete, junior Ronald Hu, has participated in the San Francisco Hot Chocolate Run and the San Francisco Half Marathon in the past year. Hu said he likes to prepare for races and marathons by a big bowl of oatmeal before the competition, and to make sure he is wearing his lucky pair of running shorts. According to Hu, fun runs are a low-stress environment for runners to push themselves.

Hu said, “I like to participate in fun runs because it’s a great way to test your ability to go the distance without putting a big strain on yourself.”