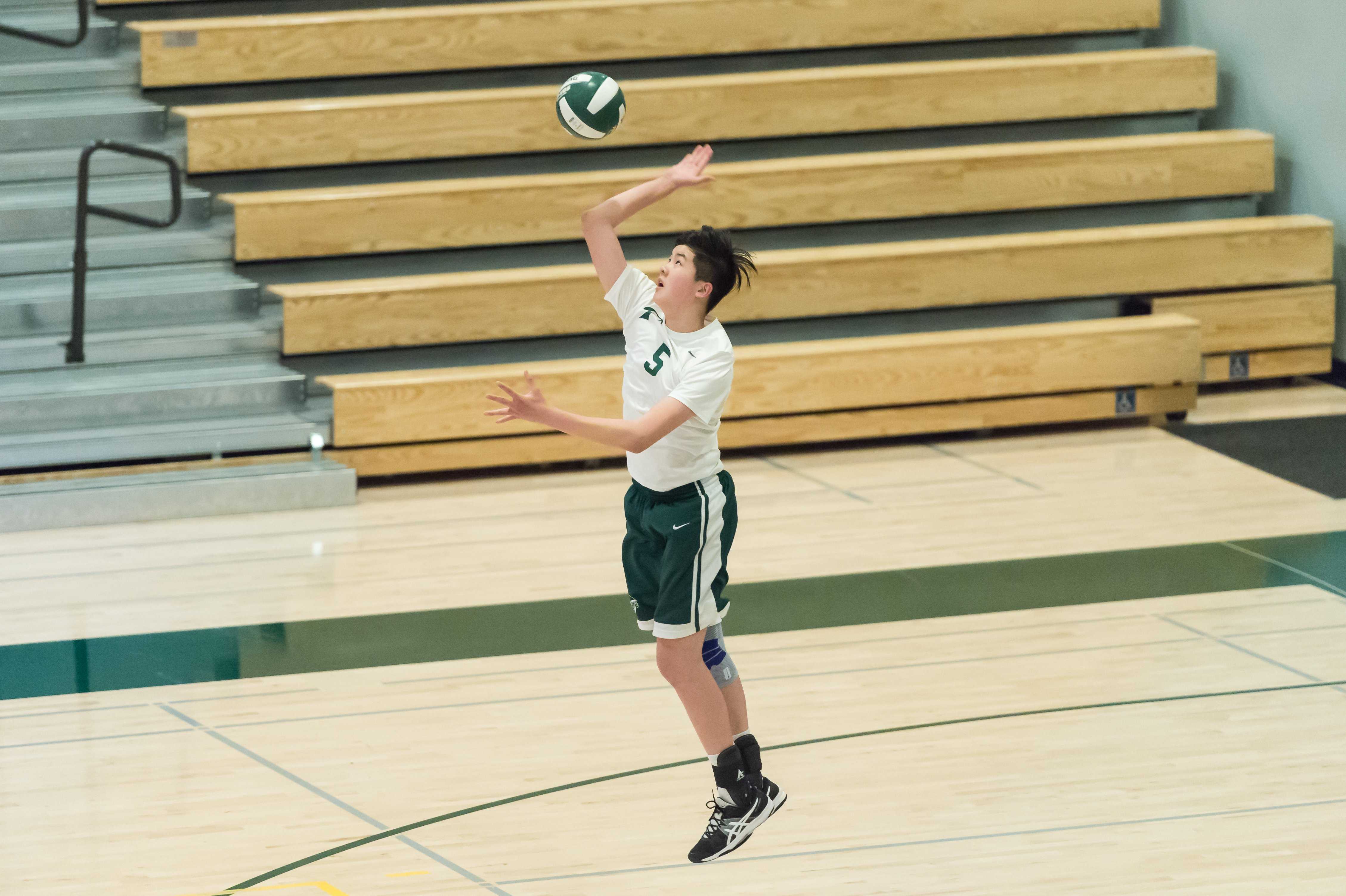 The boys varsity volleyball team did not make it to playoffs, however, they ended up moving their way up the division and landing a first place title by the end of the season.

“We never ended up making playoffs, but we had a great season with an amazing record, and an 11-game win streak at one point,” said junior Lachlan Stayte.

The team had its final match against Wilcox High School on May 3 and that determined its standing in the league.

“Our last game was against Wilcox who were second in the league when we played them. It was our senior night, and at the time we were first in the league, but then we lost to them in a game that went to five sets.”

After this game, the team was in a three-way tie for first place against Wilcox High School and Sacred Heart High School. Several teammates agree that this was an accomplishment and a memorable moment for the team.

Junior Teddy Butler said one of the best moments of the season, comparable to finishing first, was defeating Gunn High School and then Cupertino High School.

“When we beat Gunn, that felt really good just because it always feels good to take down the rival,” Butler said. “But I think the most memorable game was when we beat Cupertino just because they were in a better league so it gave us a confidence that we could compete with anybody we played against.”

Throughout the spring, the team won 11 games and lost  three games. They are beginning to acclimate to the new team without seniors, and will miss Captain Raymon Chen in particular, according to Stayte.

“For next year, we are mostly going to try and compensate for losing our star player Raymon Chen since he scores most of our points. We can improve by having more focused practices and actually try to (get better as a team).”

For the coming season, the team is aiming towards winning league and landing a spot in the playoff rounds, according to Al-Najjar.

“We didn’t make playoffs just because there (weren’t) a lot of spots, so even though we were an amazing team, we still didn’t get through,” Butler said. “That was a disappointing way to end the season, but we have eight rising seniors, and our whole team is focused on next year.”

The boys are working with the athletic directors to try to make their first mark on the Paly campus.

According to Stayte, the team is technically first in the division, so a winning banner would be appropriate.