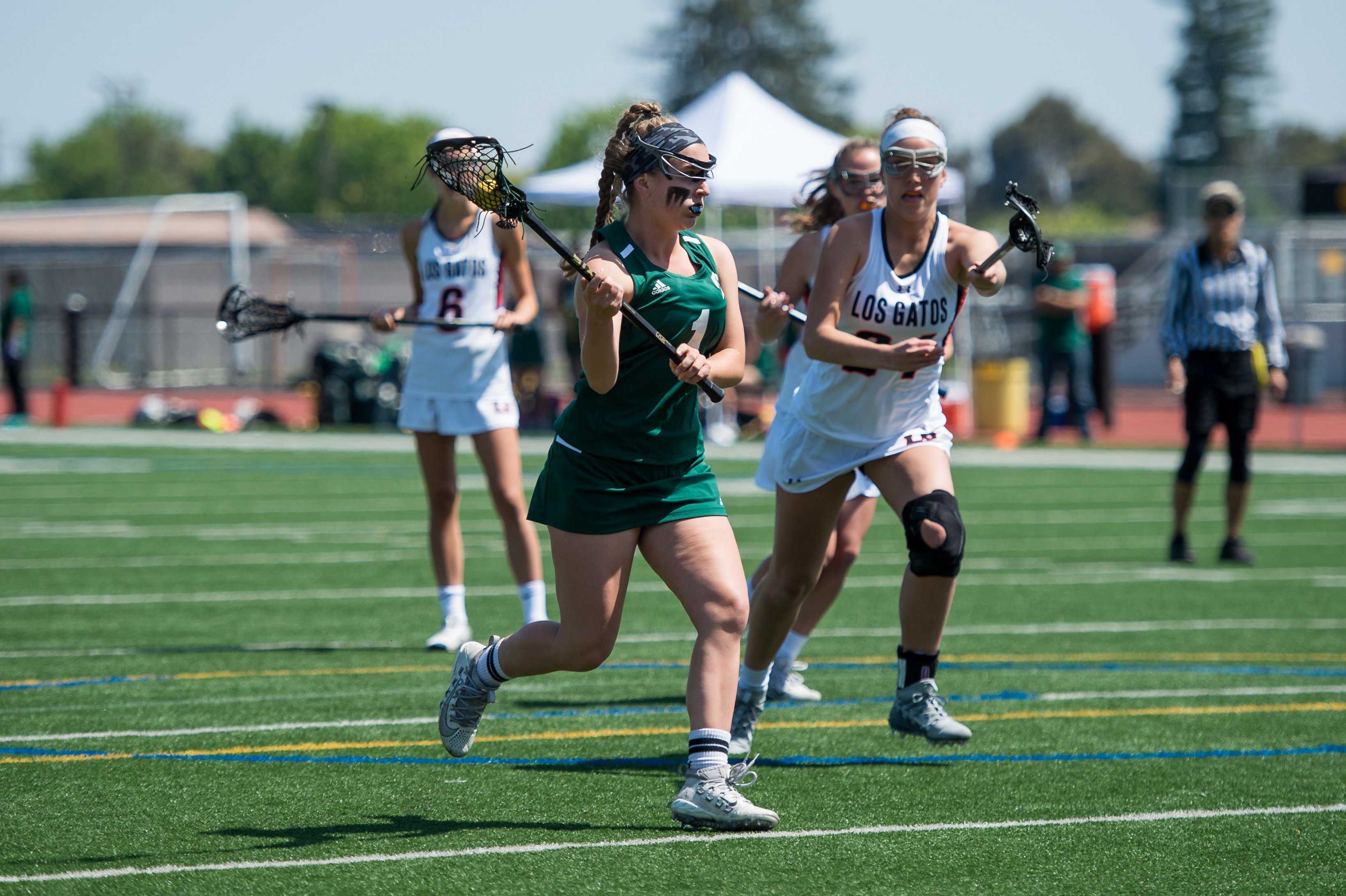 The girls lacrosse team played some tough defense to end the season with an 8-3 record, losing to Los Gatos twice and Los Altos once.

“I think the biggest thing that we improved is our defense,” senior captain Abby Ramsey said. “Talking is really important on defense, so that was something we emphasized and also just the basic of how to slide on defense.”

Ramsey only had positive things to say regarding the team’s performance.

“Everyone worked so hard to improve and from the first to the last game it’s crazy how much improvement and bonding this team has done.”

“I think this season went way better than expected,” Ebrahimi said. “We lost a good amount of the team last year which is never good, but fortunately our seniors this year really stepped it up.”

Some of the things Ebrahimi said she worked on this year included talking back less to the referees and watching her fouls during the game.

“It’s certainly hard playing girls lacrosse and not getting fouls because of the non-contact rules, but I try my best to keep my game clean.”

Ebrahimi said what she will miss the most about the season is the feeling of playing as a team.

“I’ve learned a lot about leadership from our captains Abby Ramsey and Emily Wood, and it’s definitely going to be a major adjustment without them next year,” Ebrahimi said.  “Lastly, I’m going to miss training with our fantastic coach, Jamie Nesbitt. She is truly one of the best coaches I’ve ever had, and I wouldn’t be where I am at without her.”

Sophomore Lulu Gaither said she has improved on taking the ball during games and gaining her confidence on shooting throughout the season.

As for next year, she looks forward to meeting the new players and creating a cohesive new team.

“For the upcoming season, I’m looking forward to the new players that are coming in as freshmen next year,” Gaither said. “I know we will have a strong team next year and am already excited for it.”