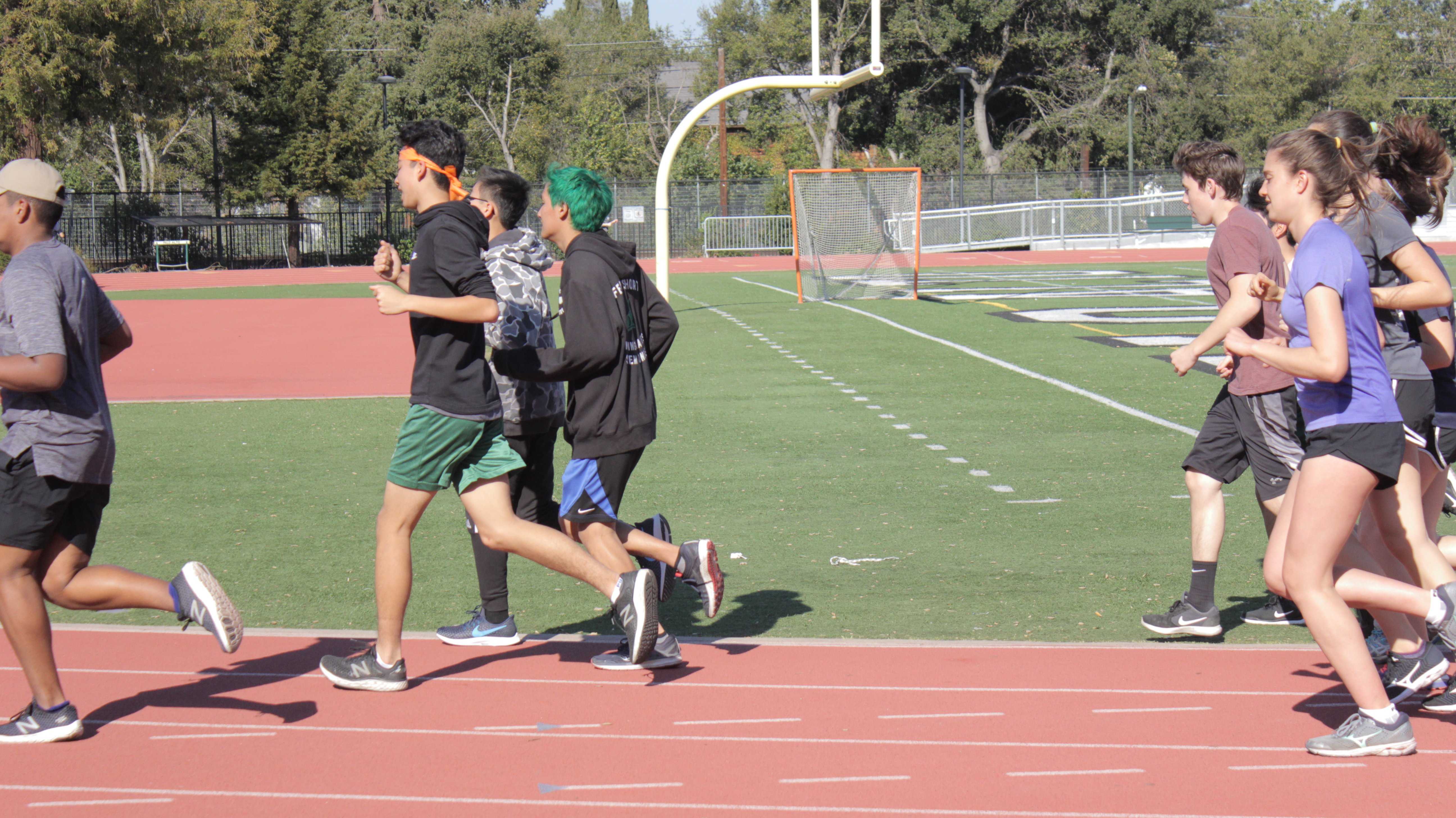 With top athletes returning to the track after recovering from injuries, the track and field team is looking to finish the season strong. As the regular season comes to an end, several athletes have qualified to compete in the league and CCS championships.

The boys frosh/soph team took first place in the league, while the girls junior varsity team placed third. In the 3200 meter race, senior Henry Saul holds second place in the Santa Clara Valley Athletic League with a time of 9:10.53 seconds, while senior Donald Taggart is fourth with 9:39.78 seconds.

For triple jump, senior Aaron Gao is fourth in the league with 42’2 inches.

“(The season) has been good in some respects — we’ve had some strong performances from some of our younger JV kids. We’ve had a lot of injuries going on at the varsity level, especially (with) the boys, so that’s been difficult to deal with.”

At the SCVAL DAL finals on April 25, the varsity boys and girls placed fifth and sixth, respectively. The boys frosh/soph placed first among six other schools, and JV girls placed third.

Saul placed first in the 3200 meter race, and Jimenez placed second in the same event with a personal record of 11:05.56.

The top six athletes in each event at the championship advanced to CCS trials, which took place on May 11. Nine athletes as well as the girls 4×100 relay team advanced to the semifinals, and the relay team placed 25th in the race.

According to Davidson, the top three athletes in each event at the CCS Finals on May 17 will move on to compete in the California Interscholastic Federation State Championships (CIFSC) on May 25.

“We have a lot of young talent,” Jimenez said. “Hopefully we can do some good summer training and come back stronger.”