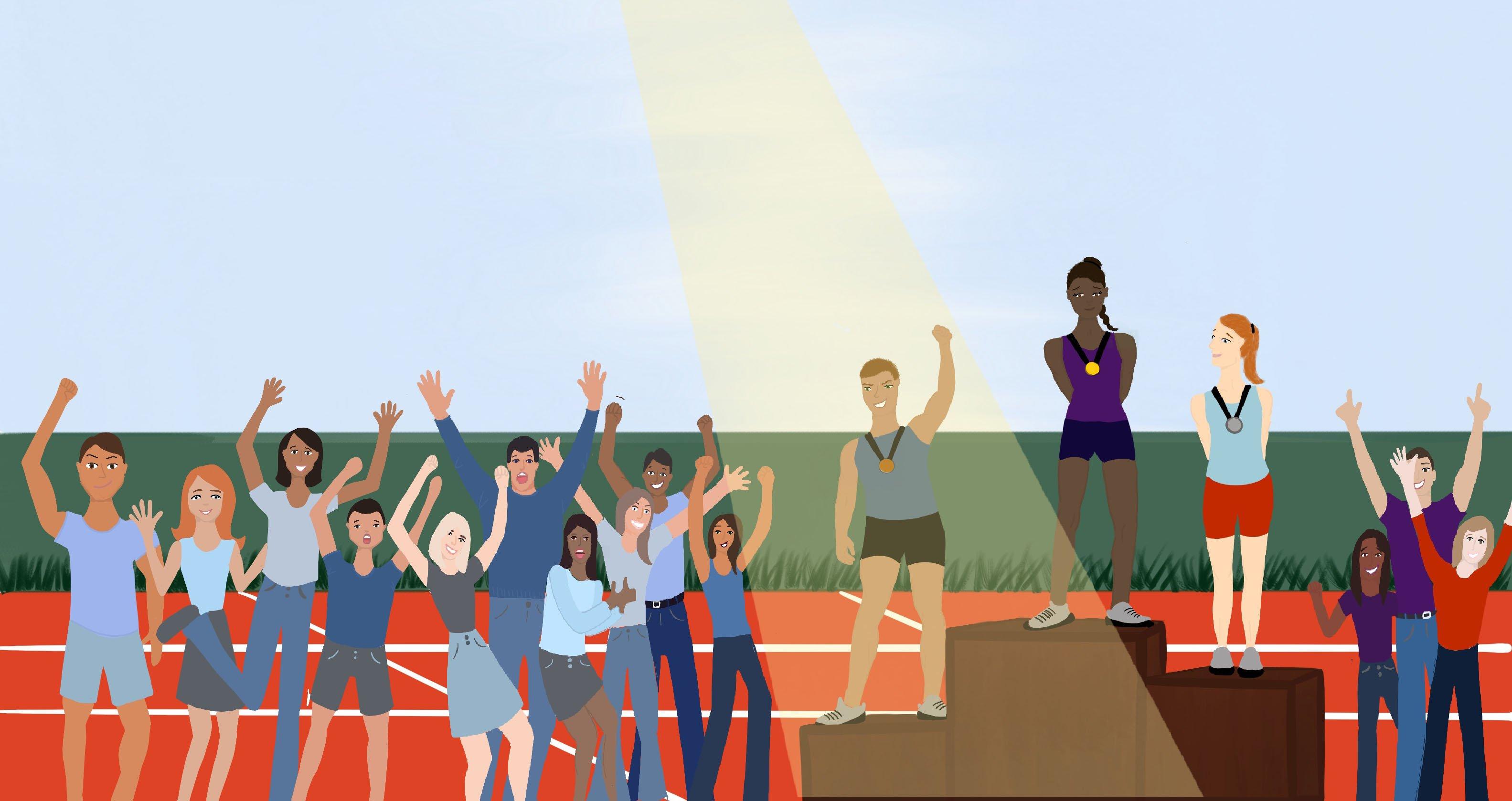 Athree-point shot, tossed with an effortless sweep of the arm, ending with a satisfying swish of the net. A clever fake, resulting in a dramatic break-away as a player sprints down the court. A dramatic lay-up that ends the game in a narrow win.

At a typical boys varsity basketball game, these events would result in a rambunctious crowd reaction, bleachers full of fans leaping to their feet, rivals groaning in dismay.

However, at the girls games, these climactic moments are greeted with only a polite smattering of applause and the squeaks of shoes as the game continues, with the crowd comprised primarily of family and close friends. Senior Kiran Majeti said that the popularity of the boys’ games and their more convenient timing play a role in why he tends to attend the boys’ games and not the girls’.

“It’s actually pretty interesting at Paly, they schedule the boys basketball games during prime time while the girls basketball games will be earlier in the afternoon, so if you’re looking to go out on a Friday night, you’re automatically going to lean towards going to the later game. It’s a cultural issue that scheduling and other small factors just add to.”

“Even at Paly, nobody goes to the women’s games,” Callaghan said. “A lot of people make excuses by saying they’re not as entertaining, but that’s pretty much just sexism. When you look at the root of it, it’s just people viewing them as less legitimate.”

Junior Tyler Varner, the goalie on the girls varsity soccer team, has played competitive soccer since she was five years old.

Varner has spoken to over 10 college coaches and has visited a variety of schools, including Division II Chico State and Division III Seattle University.

“I love everything about soccer: the team camaraderie, the adrenaline rush, the physical aspect of it,” Varner said. “I’ve played for a really long time and am definitely looking to keep playing in college.”

Despite her great dedication and skill level, Varner has experienced various instances of gender discrimination within athletics. Growing up, Varner said friends, acquaintances and strangers alike often regard her brother as the athletic one in the family, despite their similar levels of competition and accomplishments.

“It just sort of sucks when you are doing the same exact things and people automatically think less of what (you) do, you never know for sure whether it’s gender, but it’s pretty obvious that that’s at least part of it when they make comments about how guys are so much better at sports or whatever.”

The lawsuit alleges, in addition to receiving significantly less pay –– despite playing more games and winning a higher percentage of them than the men –– the women’s training, travel, medical care and schedule are all comparatively worse than the mens.

As one of the most drastic and obvious cases of gender discrimination, this lawsuit is being carefully observed by the athletic world.

Abby Wambach, a former national women’s soccer player and one of the most outspoken athletes regarding gender discrimination, recently visited Paly to discuss her new book, “WOLFPACK: How to Come Together, Unleash Our Power, and Change the Game.” When discussing the influence for her book, Wambach cited the Excellence in Sports Performance Yearly Awards, where she received the Icon Award alongside retired basketball player Kobe Bryant and former football player Peyton Manning. After winning the prestigious award alongside renowned male athletes, Wambach reflected on her position as a prominent female athlete and the differences between her and the male counterparts besides her.

“I just remember being in my hotel room that night and wondering why I couldn’t feel happy, because as a national team player you represent your country and win gold medals,” Wambach said. “So I thought of myself as this elite player, yet this night I couldn’t help but feel like every single woman everywhere. My story is every woman’s story, so it was that night I decided I was going to dedicate the rest of my life to make sure this would never happen to Alex Morgan or any other female athlete. This book is my small attempt to solve the inequalities that are happening in our world.”

Ultimately however, both Varner and Wambach said that having a supportive coach, team and family was crucial in influencing their decision to continue pursuing sports at a high level despite facing obstacles.