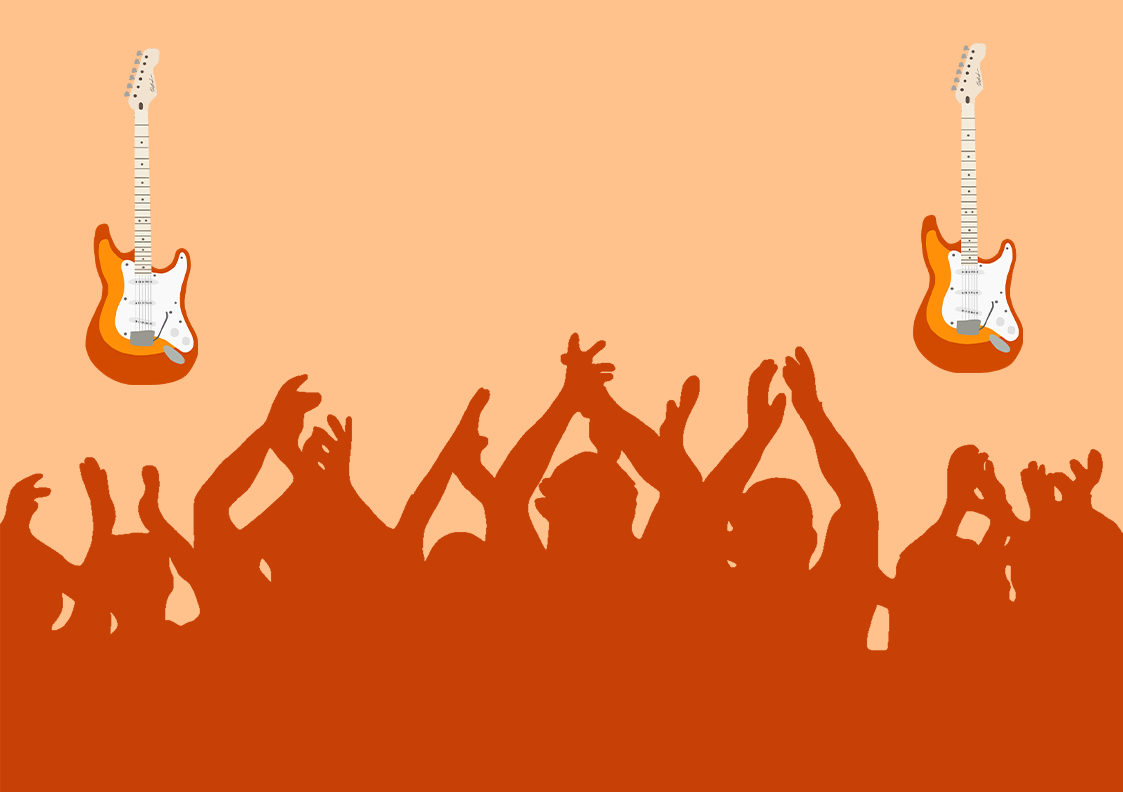 On the big stage

As sophomore Rein Vaska grabs his drumsticks he assumes his position on stage and faces the blinding lights with his band Metro alongside him.

Metro, an alternative indie rock band with Vaska, sophomore Marina Buendia and juniors Joseph Cudahy and Toni Loew, is one of many student music groups at Paly who host live performances for the community. From giving live sets around Palo Alto to taking first place at the Battle of the Bands in San Francisco, Metro has emerged as a notable local talent.

Although performing in front of a large audience can be daunting, Vaska said stepping on the stage is also exhilarating.

“Right before the show we’re always nervous, but that rush of adrenaline is really exciting. While playing, we’re always having so much fun. Being up on a stage (and) engaging with each other and the audience is also exciting.”

The Fringes, a local band comprised of juniors Ellie Walsh, Anya Trubelja and Riley Breier on vocals, keyboard and guitar, respectively, has put its music out for the world to hear with an extended play record on Spotify and Apple Music.

While working on releasing an album, The Fringes has performed at venues such as Foothills Tennis & Swimming Club and the streets of downtown Los Altos.

According to Walsh, The Fringes strives to make every show its best, which includes lots of preparation.

“For a live show, we usually start practicing two weeks in advance, and we’ll have already established our set list,” Walsh said. “We usually practice until all the little kinks are worked out and everyone is pretty confident with the songs.”

From sold-out arenas to desolate coffee shops, artists know that the environment of the venue is extremely influential to a performance.

Many live performers believe  the behavior of an audience can make or break a show, but Walsh said every live performance, good or bad, is a learning experience.

“Playing at Palopalooza was really nice because the audience was super supportive and there was just this atmosphere that made me feel like even if we did mess up, no one would really care,” Walsh said. “Everyone was just there for a good time, and it was really fun and relaxing to play in that setting. There have also been situations where we’ll play for audiences that are not as supportive, and that does suck.”

For some, performing in front of a live audience has always  been a dream, including junior Alfredo Jack who raps with the student group FRB.

Since 2018, Jack, along with junior Raymond Richard and sophomore Liam Teare, have worked to release several singles on music platforms such as SoundCloud and Apple Music.

FRB recently shot a music video for its single “Bleed ‘Em,” and the group has performed live locally this year. With bright strobe lights and sold out tickets, FRB loves to give their audience a thrilling set, according to Jack.

“I like the attention being on me, and the lights, the cameras and everyone dancing is pretty fun.”

Hoping to make it big in the music industry, Jack said he is passionate about every performance and puts in countless hours to spread FRB’s name.

“To prepare for a show, first you need a good outfit,” Jack said. “Then you need to rehearse for a week. You need a good list of songs to perform and a group of homies and then just have fun.”

The Fringes have a series of shows lined up this year including performances at the Foothills Tennis & Swimming Club. With senior year approaching for many of the members, The Fringes look to further their progress in the music industry, Walsh said.

“(The Fringes’) goals for the future are to release the album we’ve been working on for quite a while, do a bunch of performances and just have a good time for the amount of time we have left together,” Walsh said.

At only age 17, Jack looks become more involved in the music scene in the coming years. Jack wishes to continue his success and has many aspirations for his career.

“My goal is to be a millionaire and help my mom because she was the only one who supported me in this,” Jack said. “I want to be big. I want to own all my music, win a Grammy, win an Oscar and all that.”

For Metro, the members are looking to capitalize on their previous success and hopefully release more material. With a line of gigs at The Catalyst in Santa Cruz and downtown Palo Alto, Metro will continue to enjoy the amazing experience.

“For the future, we hope to write more music and record an album,” Vaska said. “We’re having such an awesome time working together, and we can’t wait to keep writing and performing in the future.”