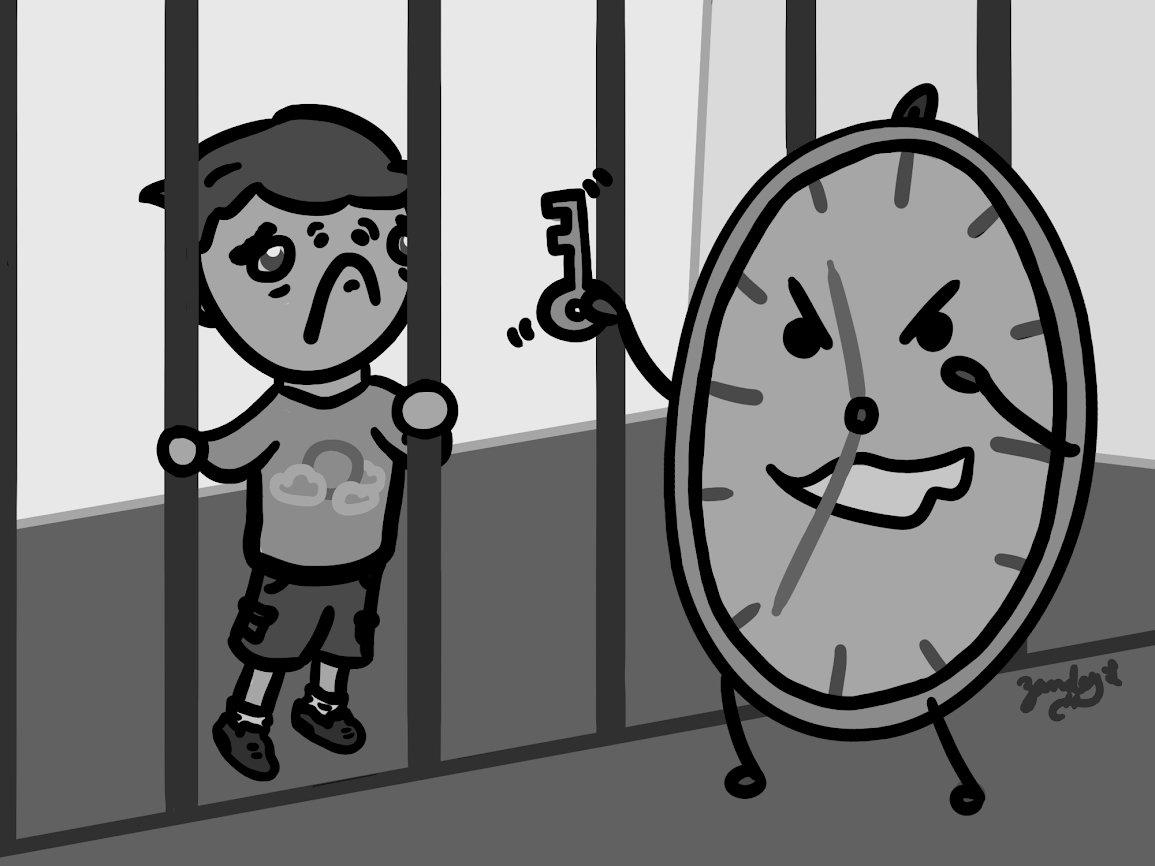 It is an inevitable aspect of the school system: not everybody will enjoy every part of education, nor will they love every minute of every class period. What is more difficult for most students to swallow, though, is the length of an average school day: six to seven hours, five days a week — practically a full time job. Excluding homework, a quarter of a student’s day is eaten up by education, depriving them of extracurriculars, spending time with family and pursuing their passions.

It is inevitable because of the nature of the school system and public school education in the United States. Each teacher is faced with the task of teaching while keeping the attention of 30 students for over an hour. The difficulty of this task unavoidably causes time to be wasted sitting in class. It is impossible to be productive for nearly seven hours every day, let alone actively learn and cultivate skills.

According to the Education Commission of the States, the number of instructional hours ranges from 900 to 1,200 hours per year for grades 9-12 in the United States. States such as New Hampshire, Virginia and Pennsylvania require 990 hours, while California, Texas and New Mexico require around 1,100 hours.

It is a common argument low rankings are due to high poverty rates, however,  there are plenty of states such as Mississippi, Louisiana, Alabama and Kentucky with high instructional hour requirements that are more underprivileged but still highly-ranked. In addition, the high poverty rates of California and Texas can be attributed to their sheer size and highly diverse population. There are students living in rich suburbans with high-ranking schools, resources and high expectations, and they are being held to the same standards as students living below the poverty line.

Passing periods count as instructional minutes — time spent obviously not learning — but are still counted by the state as time where information is being taught.

In addition to weak definitions of instructional minutes, some classes seem to not have enough material to fill an entire year, or even a semester. Teachers, for a broad range of classes, consistently and commonly use excuses such as “work time” when they do not have enough material to fill out a period. Instead of teaching more material or getting ahead in the curriculum, students are trapped in a stuffy classroom, twiddling their thumbs and waiting for the period to end.

While the national problem of chronic time mismanagement has no immediate solution, there are a few ways to reform the educational system. Instead of long, blocked-out school days, schools should opt for shorter school days with an emphasis on individual and at-home learning. If there is no need to be in a classroom, then why should students be forced to stay there?

Despite there being no correlation between the amount of time sitting in a classroom to the amount of information learned and retained, legislators and community members still call for longer school days, believing it will raise standardized test scores and get more students into college. What they do not realize is that trapping students in classrooms for longer hours and depriving them of building skills outside of school does not lead to a smarter, more equipped child — it leads to an overworked and potentially emotionally underdeveloped student.

The time of teachers, students and parents is wasted due to gross mismanagement of time and a fundamental misunderstanding of how education works.

What the “one-size-fits-all” approach of the modern American educational system fails to acknowledge is that time sitting in a classroom does not equate to a student learning — the quantity of instructional minutes does not matter. It is the quality of those minutes and how they are used that counts.

Inherent childhood curiosity is too precious to waste on sitting in a classroom for eight hours a day. The time is better spent free of constrictive education, exploring their own passions and cultivating their own interests.

School districts should strive to maximize the number of instructional minutes required per year with quality, shorter spurts of education that is builds a quality, diverse and well-rounded student.