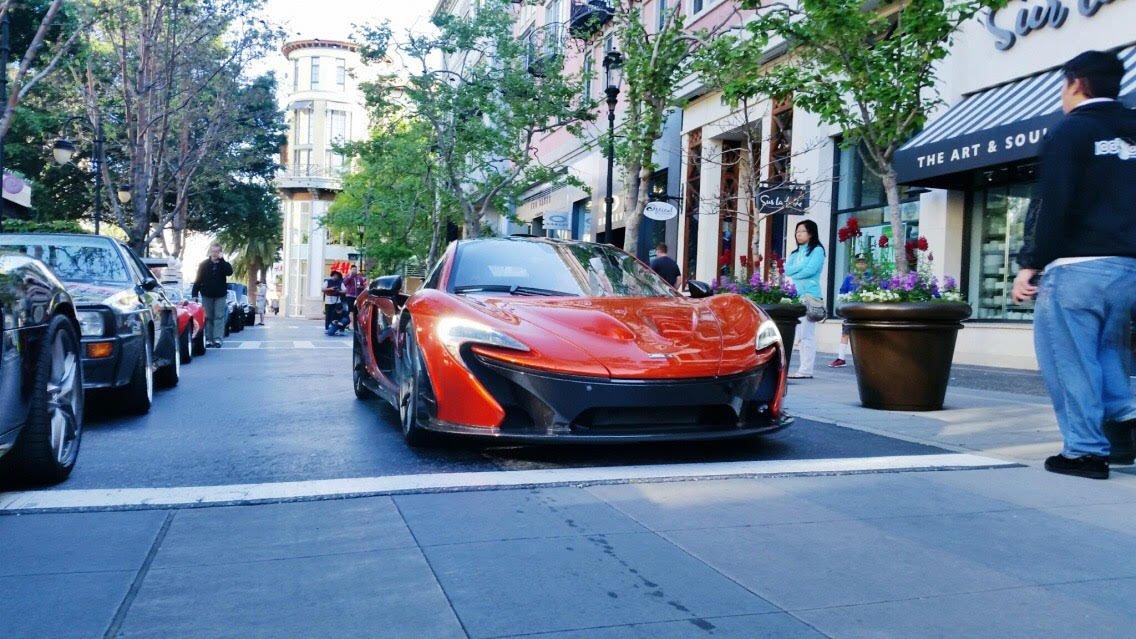 Driving by the Paly parking lot, there are a wide variety of cars parked, from Toyota Priuses to Porsches. However, car enthusiasts don’t view these as just cars. Instead, they view them as a passion and culture.

The car culture is fostered by of individuals passionate about cars — whether it be admiring them, driving them or working on them. This community consists of many subgroups based on the different types of cars, from tuners, to muscle, to exotic.

However, some view the car community in a negative light because of “takeovers” around the Bay Area. At “takeovers,” people stop traffic to do burnouts, donuts or street race. Despite these interruptions, the positivity of the car community unites people through a common passion and is an outlet for self-expression, according to Motor Trend.

Long-time car enthusiast Benoît Boningue is a fan of the exotic car community. In 2012, he founded 100 OCT, a Bay Area-based organization which brings car enthusiasts together through events, rallies and drives.

Exotics are typically rare sports, super or hypercars. They are typically very expensive due to their luxury and innovative technology, and are associated with brands such as Ferrari, Lamborghini and Pagani.

Boningue fell in love with these type of cars and would develop his company, 100 OCT, on these types of vehicles.

Boningue grew up in a small town of 1,200 people in France. When he was 15, the chief mechanic for the Ferrari importer in Paris, who also grew up in the same town, organized a gathering for the Ferrari Club de France with the help of the town. Over 60 Ferraris owners showed up for a cocktail reception, tourist rally and street circuit demonstration. On the second morning, a man showed up alone in a red 1987 Ferrari Testarossa, one of the crown jewels of the Ferrari catalog at the time.

“I gathered all the courage I could muster to ask him if I could ride with him on the drive that was organized around my town. Luckily, he said yes. So I rode shotgun for about 100 miles. The leather smelled amazing. The engine sounded glorious, and I had never seen the roadside trees move so fast. It was exhilarating, and I was instantly hooked. I’ve been a fan of Ferraris and other exotic cars ever since.”

Like Boningue, each person in the car community has their own story about how they discovered their passion. Senior Seattle Hmelar, for example, was inspired by his dad.

“My dad fixed up muscle cars with his brother all throughout high school in his garage,” Hmelar said. “His passion for them was passed on to me. I currently have a 1967 Mustang that I’ve been restoring for the past year.”

Muscle cars are any of a group of American-made 2-door sports coupes with powerful engines designed for high-performance driving, according to Merriam-Webster Dictionary. The most common muscle cars are the Ford Mustang, Chevy Camaro and Dodge Challenger, according to Motor Trend.

“I really like muscle cars and the Japanese Domestic Market (JDM) cars, but if I had to choose one, I would definitely have to roll with muscle cars,” Hmelar said. “It’s something that my dad and I have always had a passion for.”

Local JDM enthusiast and tuner Vincent Le owns a Nissan 350z and Honda Accord that are both heavily modified.

“I had friends that were into cars way longer than I have been,” Le said. “They convinced me to buy an exhaust for my car. I’ve always been into cars ever since.”

Tuners are car enthusiast who enjoy enhancing and modifying their cars. The tuner scene is full of JDM enthusiasts. JDM is a car culture focused on cars from Japan that are often modified for performance or looks. Some of the most prestigious JDM cars include the Mazda RX-7, Nissan GTR and Toyota Supra according to Top Gear.

“I’m into Japanese Cars,” Le said. “This is mostly because I’m Asian, but I really like how most JDM cars look because of their body lines. Also, the platform for aftermarket parts is pretty big, so it’s much easier and cheaper to get into the car scene.”

Senior Ryan Gwyn said he is an overall fan of the car scene and enjoys the variety of cars in the market.

“I got into the car scene more through driving than loving the looks of cars. I loved being behind the wheel, and the other driving experiences different cars could give me.”

Gwyn drives a Volkswagen Golf R, which many would a consider a “sleeper” due to it lacking in eye catching looks, but high performance according to The Drive.

“I love that to most people it just looks like your regular VW Golf but really it has AWD, a turbo and 300 hp under the hood. That, and the super light weight of the car makes it super fun for an everyday car that will perform in almost every situation.”

Although some consider the car community divided, everyone is still connected through their passion for cars according to cars direct. Le said he is most passionate about the mechanics of cars.

“I enjoy the mechanical aspect of working on cars and seeing the product of my work,” Le said. “I know a lot of people work on their cars for clout these days, but I really build my car for myself. After installing or making different parts for my cars, it’s satisfying to see my work.”

According to Hmelar, the drive itself, whether it be on a race track or in the hills, is another reason why many become interested in cars.

“I have a lot of fun driving cars and driving gives me a sense of freedom and independence,” Hmelar said.

Gwyn said the joy of cars is primarily found in driving them. He enjoys the feeling of being in control of the car and driving using a manual transmission.

“The number one thing I enjoy about cars is driving.” Gwyn said. “That’s what they were intended for, and while it’s fun to look at a car, it’s even more fun to go really fast in it.”

“(Cars) have been my passion forever, (and they) became a hobby when I started organizing the exotic car community in the Bay Area. Now they are a business. They are still my greatest passion.”

Boningue said he fears autonomous cars may take away from the driving experience. For him, cars are not only a mode of transportation, but also a means to explore.

“Despite the current rush toward delivering fully autonomous driving cars, I hope people will still have the opportunity to drive their cars in the future,” Boningue said. “I hope it won’t just be limited to tracks, though, as I find cars to be the best and most fun way to explore amazing scenery. California has some of the best scenery I have ever had the chance to experience, and I cannot imagine a better way to explore that.”

Additionally, another concern for the future of the car community is oversaturation, according to Le.

“I feel like the car community is going to be over saturated with newer styles in the future,” Le said. “Older JDM cars are just going to get rarer and rarer, so it’ll just be really different seeing the future generations of cars that people will start to mod.”

Despite the potential down the number of young car enthusiasts continues to grow, which Boningue said he values.

“I absolutely love seeing kids and teenagers at our car shows, looking at cars, looking under the hoods, asking questions to the car owners, and generally sharing into the experience,” Boningue said. “It reminds me of who I was and how I started 29 years ago. I love being able to pass it down through my events. I hope that someday, one of these kids will do the same.”