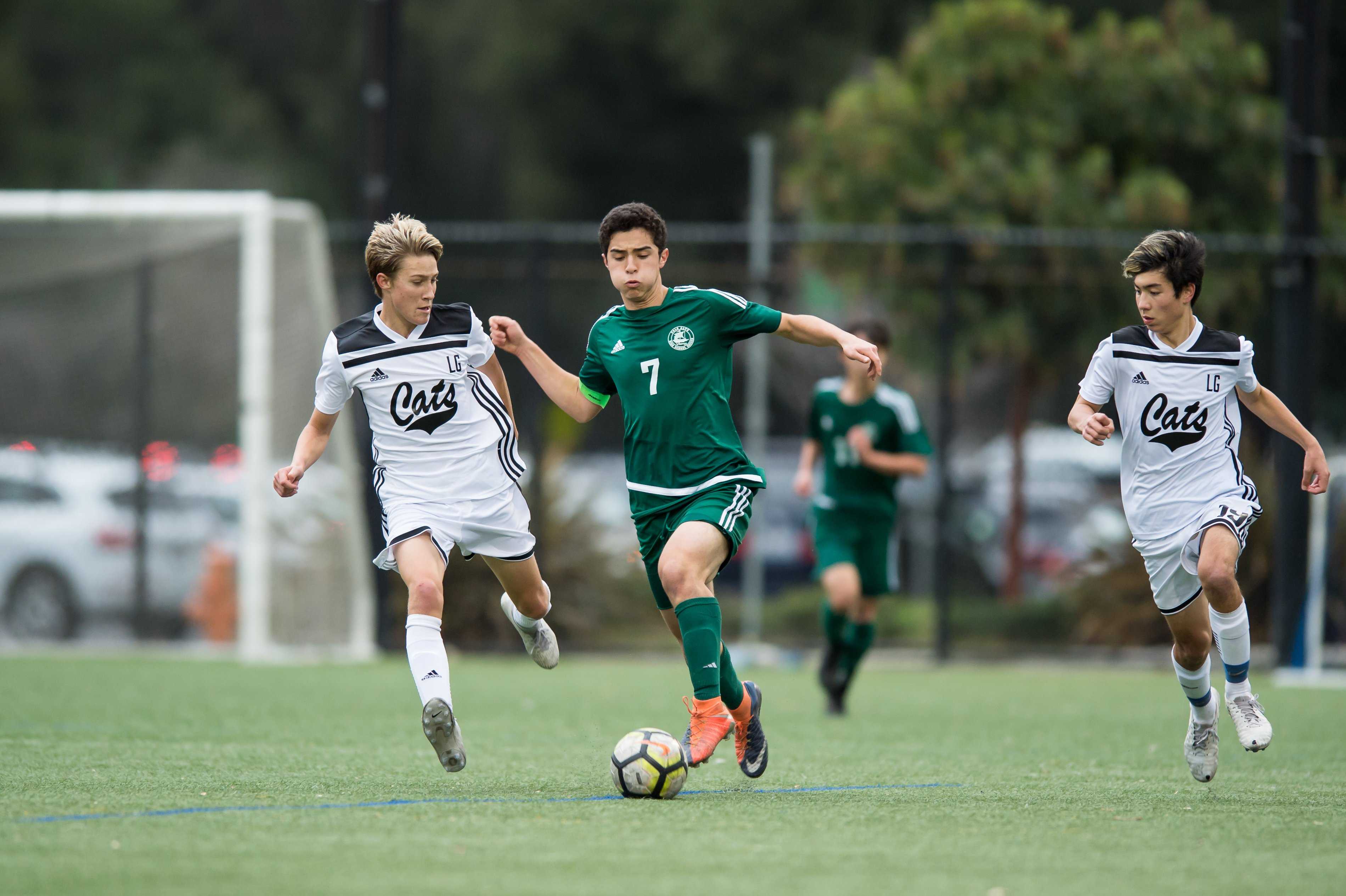 Down by one goal, senior co-captain Kenzo Morabia feels the weight of the boys varsity soccer team on his shoulders as he stares down the Los Gatos High School goalkeeper before taking a penalty kick. With utmost composure, Morabia slots the shot into the bottom left corner of the goal, kickstarting a comeback that ends in a 3-1 victory.

This year, Morabia earned a spot on the boys soccer All-League team for the Santa Clara Valley Athletic League (SCVAL). Each sport has its own All-League team, a fantasy roster comprised of the best players at each position during the season.

All-League athletes are voted on by the coaches of each team in the SCVAL at the end of the season.

Despite playing his best season at Paly soccer, recording eight goals and seven assists, Morabia said the camaraderie within the team played a major role in his personal success.

“My teammates were great, and because of them, I looked forward to going to practice every single day. I relied on them, and they relied on me. We were all so tightly knit. I definitely had some personal low points  throughout the season, especially my recurring injury, and my teammates were all there to reassure me that I would come back stronger. The banter and the vibe that floated around the team made the season much more exciting and memorable.”

According to Morabia, coaches Don Briggs and Mark Gardener helped put the team in a position for success.

“The two coaches who dedicated their time to myself and the team were great motivators and continued to help us get back up on our feet after a loss or if we played poorly in a half,” Morabia said. “They were the ultimate leaders of the team, and without them, I don’t think we could have been as successful as we were. After having them for three years, I feel like there was a special connection between us (which) helped my performance.”

The boys varsity soccer team was one of the most competitive in SCVAL, qualifying for the Open Division of the Central Coast Section (CCS) playoff tournament before losing to Bellarmine College Preparatory.

Along with Morabia, sophomore varsity girls basketball player Annika Shah was named Most Valuable Player (MVP)after she averaged 25 points per game, four rebounds per game, five assists per game and 2.5 steals per game, shooting a 48% field goal average and 35% from three-point range.

According to Shah, despite receiving the highest honor in high school athletics, there is always room for improvement.

“I was very honored to get MVP of the league especially only being a sophomore,” Shah said.  “But I think I can be better and that I haven’t reached my full potential yet…I don’t feel satisfied with my game yet.”

In addition to her coach and teammates, Shah said she owes much of her success to her trainer, David Moore, who has worked with her for years to improve her game.

“From going from freshman to sophomore year, I have improved so much. Freshman year, I was still trying to find my character (in) the game. Throughout this summer and offseason as I had been working with my trainer, he helped me not only improve my game but also find my role as a player. I credit all my skills and awards to him. He is the reason I am considered above average in this game, and I am grateful to have someone so committed to my dreams like him.”

With two more years of high school basketball to play, Shah said she hopes to improve not only as a player but also as a team, striving for a longer postseason run.

“Going into my last two years at Paly, I hope to sustain a lot of the accomplishments we have had in past years, such as league champions, but I also have higher hopes such as CCS and going farther in NorCal,” Shah said. “Throughout the rest of my years at Paly, I want to sustain the great name the Paly girls basketball team holds, but I also want to accomplish more.”