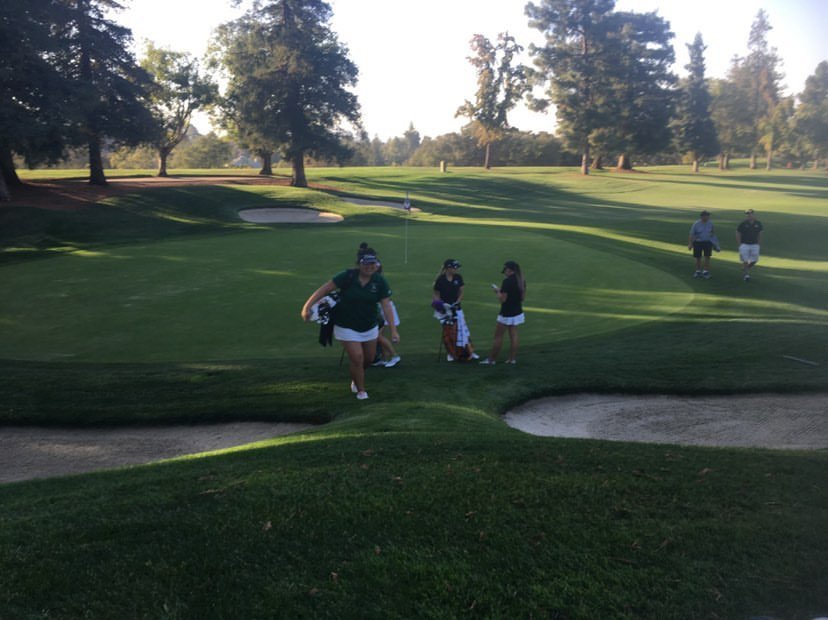 Returning from a successful season last year, which included winning Central Coast Section and placing fourth in the Northern California Championships, the girls golf team heads back to the green for practice before the first official matches of the year.

“We had our first scrimmage last Wednesday,” Head Coach Doyle Knight said. “It wasn’t really a real match, but they are always great practice.”

While practice is the best way for any team to hone in on its skills, the girls golf team is not lacking experience or talent this year.

“All of our top players are returning and we only lost one senior last year while taking on new freshman and junior talent,” Knight said.

Knight does not doubt his girls golf team’s ability and is confident that the team has the potential to successfully compete and make it to states this year.

“The last time I took a team to states was in 2013, but we have come within making states multiple times since then, each time missing by just a few strokes,” Knight said.

This year, the girls golf team plans on splitting their practice time between the Palo Alto Baylands range and the Palo Alto Hills course.

“Usually the A team splits between Stanford and Palo Alto Hills,” Knight said. “But I’ll make sure that we play as a full team at least twice a week at the Baylands this year.”

Knight isn’t the only one enthusiastic about the girls golf team this year. Junior girls golf player Marina Mata is excited for the season to commence.

“My goal is to make states this year,” Mata said. “If not with the team, then individually.”
States isn’t the only important thing for the team this year, though.

“We have to maintain the CCS winning streak this year,” Mata said.

“Personally, I’m excited to play the match against Harker,” Mata said. “They don’t play in our local league, but they play at CCS and are looking really good this year.”