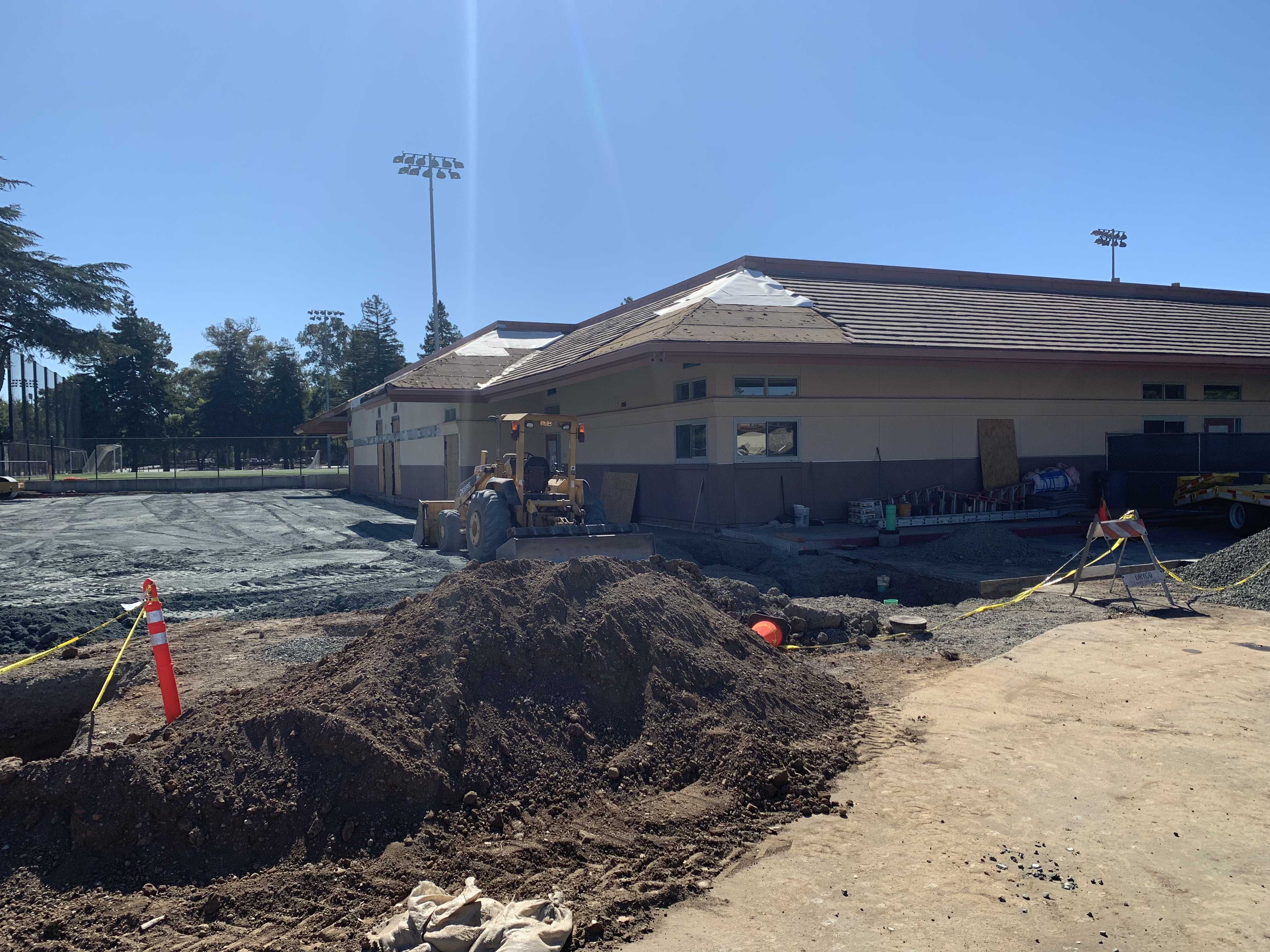 Science building renovation to finish in 2020

Funded by the $368 million “Strong Schools” bond passed in 2008, the final project is the addition of four new classrooms to the science building. Other constructions financed by this bond include the renovation of the library, construction of the Performing Arts Center and the remodel of the Spangenberg Theater at Gunn. These classrooms will replace the temporary labs in the portables near the building and will extend toward the Peery Center. According to Assistant Principal Jerry Berkson, construction is expected to end in September 2020.

“Having us all in the building is really going to be helpful,” said Erik Olah, the science department instructional leader. “You get kind of isolated out in those portables if you’re out there all the time. It really helps us collaborate together.”

Berkson states that the building was in need of expansion because it did not have enough rooms to accommodate all of Paly’s science classes and teachers.

“I’m looking forward to having a little more room to work with,” chemistry teacher Aparna Sankararaman said. “We have so many good teachers in this department, (and) I would love for us to have a little more space to move around and prep.”

Teachers are also anticipating the expansion to open up  potential for new classes and the revival of a course that has not been taught at Paly for a few years.

“One of the classrooms is really nicely set up for biotech class,” Olah said.

“We have previously offered a biotech class, and we’d really like to try to ramp that back up again.”

The new rooms will have a similar layout to the existing classrooms in the building and will be multi-purpose so that biology, chemistry or physics can all be taught in them.

“Some rooms are really nicely laid out for a chemistry class — good lab space, new equipment,” Olah said. “We’re going to have those the TVs in the rooms rather than projectors and those last longer, so it’ll be a lot of nice little improvements.”

According to Olah, part of the budget will also be allocated towards more minor renovations in the internal lab preparation and teacher area, as well as the addition of teacher meeting spaces.

“We had originally in our plans more renovations on the teacher desk area in here,” Olah said. “The money was set aside for (the project) in 2008, but we didn’t get around to doing it until 2019. So I don’t think the money went as far as (the District) thought (it would).”

Despite the many aspects to look forward to, the construction has posed inconveniences for some teachers and students. The existing entrances to classrooms 1703-1706 are blocked from the outside, and those rooms must be accessed from the internal prep area.

Aside from the issue of accessibility to her classroom, the biggest problem Sankararaman expects to face during the development of the project is finding ways to circumvent the distracting construction noise. However, workers have been halting construction during class time in an effort to help classes run more smoothly without distractions.

“I see them picking it up at other points — but when I’m teaching class, I’ve never had to raise my voice more than I (have in the past) to have students hear,” Sankararaman said.

The main bike rack area by the science building is being occupied by the construction — students can park their bikes at a temporary location between the Peery Center and the baseball field, or at any of the various smaller rack areas around campus.

“Bear with us — construction can be inconvenient at times, but in the long term it makes for a better school,” Berkson said. “Take a look at all the new construction we’ve had over the last 12 years: it’s definitely made the school a better place.”