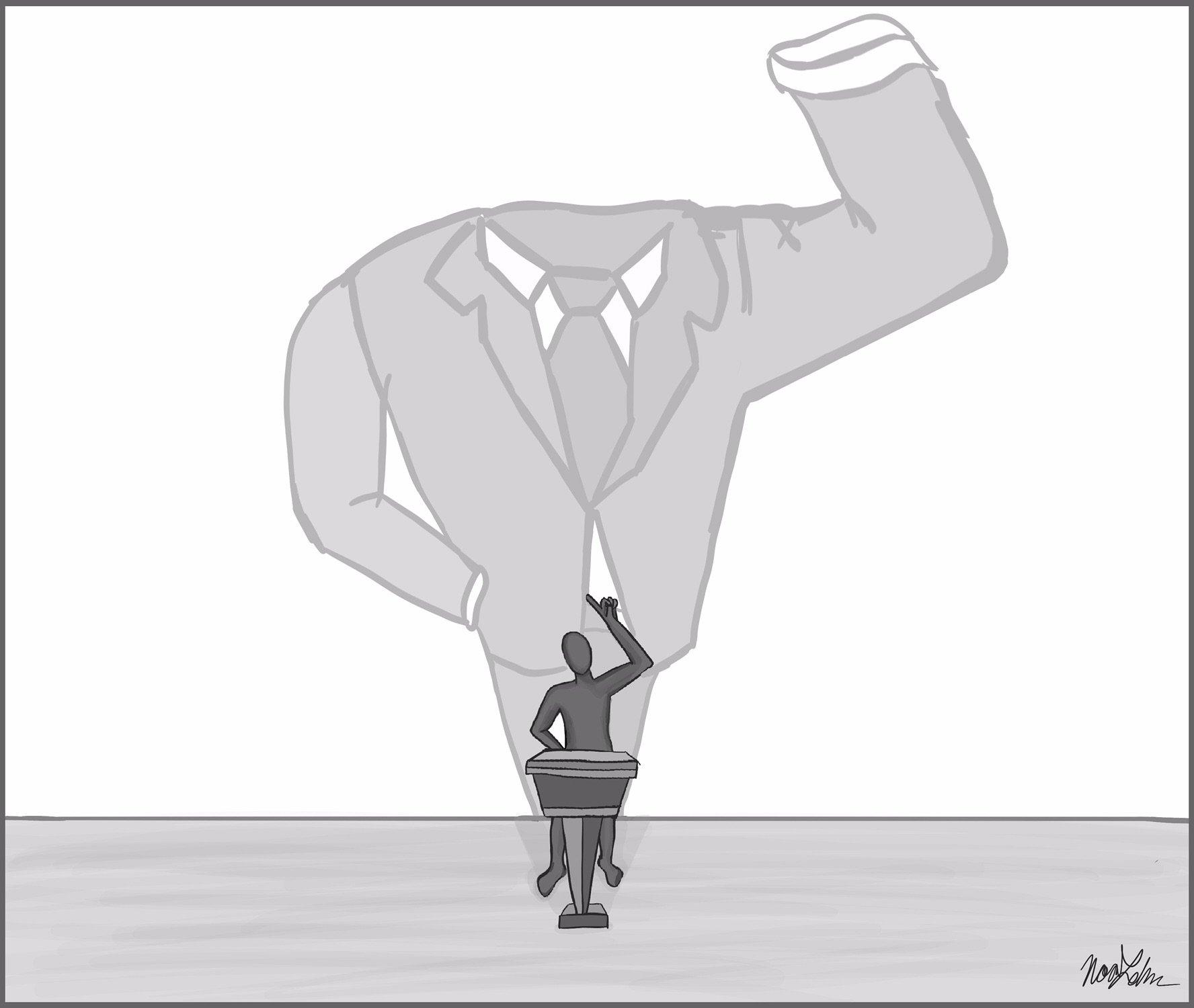 Debate culture should accommodate all students

It wasn’t until my first debate tournament, as I argued emphatically before a panel of strangers, that I understood why Americans fear public speaking more than death. Yet the apprehension I felt paled in comparison to the nervousness experienced by my peers unable to afford one of the outdated trappings of debate tournaments — suits.

Like many other extracurricular activities, participation in debate requires money. However, unlike robotics, which needs tools and supplies, or water polo, which requires various specialized equipment, a suit is not intrinsic to the activity.

At most Bay Area debate tournaments, wearing suits or other expensive formal clothing is the expectation, a holdover from when participation in high school debate equated to a career in law. As a result, students who deviate from that expectation are ostracized.

According to Camila Vasquez, vice president of debate in the California Coast Forensic League and former Paly Debate coach, debaters who dress casually at tournaments often receive lower marks from judges due to a perceived lack of professionalism. This disproportionately affects students from low income households as suits are prohibitively expensive, and students must purchase multiple suits as they grow.

Jennie Savage, the director of the Paly Speech and Debate Team, said receiving negative feedback based on what they can afford to dress exacerbates debaters’ feelings of otherness and creates another hurdle in an already high-pressure activity.

Meanwhile, the students currently precluded from participation in debate would benefit greatly from the skills the activity develops, especially in schools where access to extracurriculars is limited.

According to the Silicon Valley Urban Debate League, an organization that works with schools to increase students’ access to debate, skills developed through debate — like critical thinking, public speaking and even English literacy — are critical to increasing students’ academic and vocational success.

Of the students who participated in the SVUDL during the 2016-17 school year, 100% graduated high school and 100% attended college.

Thus, de-facto formal clothing requirements must be eliminated to encourage more students to take advantage of the SVUDL and similar programs. Students that have traditionally dressed formally ought to opt for casual clothing.

Additionally, tournament administrators should remind judges that a competitor’s dress is not a judging criteria. In fact, during her tenure managing tournaments, Vasquez said she helped implement a similar practice to prevent discrimination based on lack of formal dress, albeit in a less formalized manner.

Some proponents of the current norms say wearing suits serves as practice for the workforce, thus teaching students professionalism. However, junior Ethan Hwang, who has participated in debate tournaments both with and without a de-facto formal clothing requirement, said the difference between the two types of tournaments is not whether debaters wear suits — the ones who want to wear suits do so in both types — but whether low-income students feel comfortable competing without them. Eliminating the expectation of formal clothing does not mean those who want to wear suits cannot still wear them and practice their version of professionalism.

Hwang said in tournaments with inclusive cultures, the judges focused less on his clothing and more on the content of his speeches. If this pattern holds true, normalizing casual dress will considerably improve debate culture.

This proposed solution, however, would likely be implemented gradually and require not only significant coordination among tournament administrators, but also time for debate’s cultural standards to shift towards inclusivity. In the short-term, people should donate their used formal clothing to low-income debaters through community organizations.

Ultimately, students should never feel ostracized due to what they can and cannot afford. All anyone should need to bring to a debate tournament is themselves.