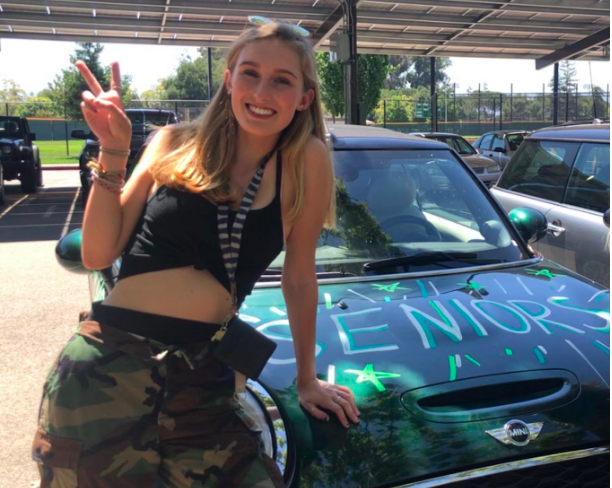 Like, sure, I guess some space suits are orange, but this half-baked idea (hinging on a single picture of a man in an orange spacesuit) made already insecure freshman too afraid to dress up, fearing that they would end up looking like a convict instead of an astronaut in their prison colored jumpsuits and could be mistaken by admin for a dangerous criminal.

Where are the themes like those of the past, the ones that classes can rally behind — like the genius ‘Eye of the Tiger’? Where are the 14-year-olds drenching themselves in orange body paint (that definitely does not stain skin) like they did just a few short years ago? Where, for the love of God, are the noble cries of seniors as they run over as many underclassmen as possible on their way to class?

With the graduation of the current senior class, will spirit week even remain a part of Paly culture? Who will shout “Can I get a ‘SKO VIKES” from the bottom of the bleachers? Will the spirit week stands just become a sea of silent, apathetic, camo-less students from here on out?

Forget the lame, beautifully crafted floats. Disregard the ridiculous, intricately choreographed spirit dances. And please don’t be fooled by the stupid, die-hard, creative dress-up we’ve seen in recent spirit weeks, because the true Paly loyalists can see through this smoke and mirrors show — and know that the true school spirit and best traditions are on their way out.

Just one question, whose idea was it to outlaw streaking? What’s the issue with middle-aged adults watching pubescent students sprint naked across the football field? It’s not like we’ve ever had a looming issue with the sexualization of students. Plus, it’s not like these misguided, voyeuristic actions could land any otherwise-responsible students in legal trouble.

And why did we ever stop Freshman Friday? Everyone knows the best way to welcome ex-middle schoolers, nervous out of their minds, to a big and scary environment is to terrify, haze and physically hurt them.

A little frozen egg never hurt anybody, and the lockers are actually much more spacious than they look from the outside, I promise. Seriously, admin these days just don’t know how to have fun. Ask the freshmen, they’re fine with it. Seriously, test them. They know what to say.

Now, the loss of this next tradition is more recent and is a relatively sore subject for the seniors, who had it ripped away from them after only one year at Paly. Listen. We still do not understand why night rallies were shut down. What teacher doesn’t want to spend their Wednesday night and early Thursday morning away from their family, being screamed at by neon-clad, paint-covered, uncontrollable highschoolers that for some reason all reek of fermented La Croix? Staff seemed to get the hang of it too, a few chaperones were even able to inspect and search two students at once, a breathalyzer in each hand. To say the least, we keep things just as interesting at night rallies as we do at the lunch ones. Who on earth would want to shut that down?

What probably hurts us true Vikings the most, though, is the fact that senior pranks have become a city-wide embarrassment. Water balloons? Man, that sure is some exciting stuff. Watermelons in Mr. Berkson’s office? Thrilling. Honestly, where did the good old fashioned fun of the past go? No one has set off fireworks in the middle of the quad or put a cow in the tower building in years! Class of ‘24, we’re passing the torch to you, so I just want to say good luck. We’re all counting on you.