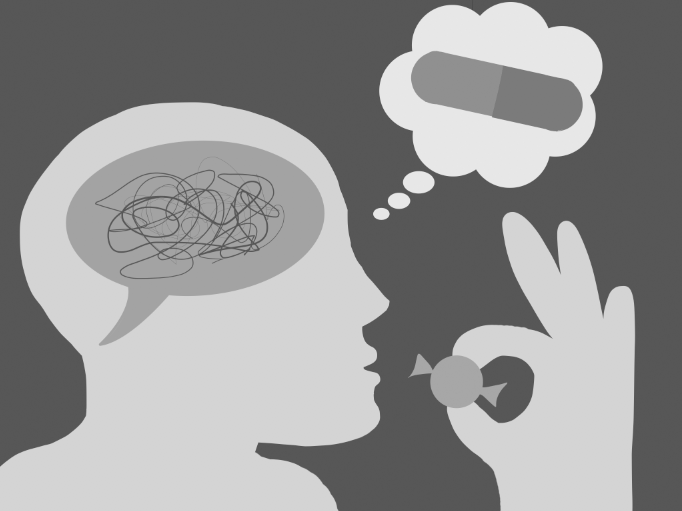 The notion that the mind can act as a healing power has long been thought of as a myth. However, a clinical drug trial conducted by Harvard Medical School shows that this phenomenon, known as the placebo effect, can have the same healing results as traditional medicine, demonstrating that it is possible for the brain to convince the body that a fake treatment is authentic.

A placebo is a treatment or medicine that appears to be real when it is in fact fake. Pursuant to the study, the placebo effect is commonly employed for medical uses, in which patients receive a placebo instead of medicine. The patient, believing in the “treatment,” gains health benefits due to the assumption that they are being cured.

“The placebo effect is the effect of an inert substance on your brain and behavior,” psychology teacher Melinda Mattes said. “It’s when you have a belief that something will work, not because of the actual thing.”

The Harvard study reveals that the placebo effect involves a reaction in the brain which can cause a release of chemical substances including endorphins and dopamine. This can subsequently affect brain regions that are related to mood, behavior and self-awareness, all of which can have therapeutic benefits.

According to Ted Kaptchuk, a Harvard professor whose studies concentrate on the placebo effect, this reaction is not only psychological but also biological.

“The placebo effect is more than positive thinking — believing a treatment or procedure will work, ” Kaptchuk said in an interview with Harvard Health Publishing. “It’s about creating a stronger connection between the brain and body and how they work together.”

The placebo effect not only applies to medicine, but can also be extended to virtually anything and anyone. For example, a basketball player performs better after drinking an “energy” drink, and people believe expensive wine tastes better than cheap wine. The placebo effect can also have an impact on stress-related conditions such as test-taking. As a psychological response, the placebo effect is able to trigger both positive and negative effects. The negative side of the effect is known as the nocebo effect.

“The nocebo effect occurs when the placebo effect makes you feel or do worse,” Mattes said.

The nocebo effect is prevalent when stress and pressure are present, especially amongst high school students, according to junior Aaron Kim.

“We face a huge amount of pressure to do well academically,” Kim said. “Each test holds significant value for our success. This competition-driven culture here at Paly really makes everything stressful. When I take a test, I can sometimes feel anxious.”

Students can often go into a test with a pessimistic mindset, which lowers the expectation of results and in turn possibly disrupts test performance, according to Mattes.

“I always hear students complaining that a particular test is going to be hard or that they are definitely going to fail,” Kim said. “I can definitely relate to this myself. It is amazing and interesting how (having) negative beliefs before taking a test might actually lower my score.”

How might students use this psychological phenomenon to their own advantage?

In a study conducted by psychologists Ulrich Weger, Ph.D. and Stephen Loughnan, Ph.D., they explore how the placebo effect can be used to bolster cognitive functions.

“People have significant psychological resources to improve their well-being and performance, but these resources often go unused and could be better harnessed,” Weger and Loughnan wrote in “The Quarterly Journal of Psychology.”

In their experiment, they asked students to take a test. Employing a “bogus priming method,” half of the test takers were under the false impression that their knowledge was enriched and better suited for taking the test. This allowed the test takers to gain confidence in their skills, just like how patients receive health benefits after taking a placebo pill, and consequently performed better on the test.

“Participant performance was indeed enhanced, compared to a group that did not think the priming process would improve their knowledge,” Weger and Loughnan wrote.

They noted that when individuals are confident, test-taking anxieties and stress disappear. The psychologists conclude that the placebo effect can be ubiquitous.

“The study documents the relevance of the placebo effect outside the medical and therapeutic setting,” Weger and Loughnan wrote.

This conveys how influential the brain and mind can be. These studies showcase how the power of belief and expectation can change physiology, performance and, most importantly, test scores.

“If your heart starts to race and you interpret that as, ‘Oh my god, I’m so nervous and I’m going to do so poorly on this test,’ then you might be more likely to do poorly,” Mattes said. “On the other hand, if you interpret it as, ‘I’m so excited to show out my abilities and what I’ve learned,’ that might lead to a better outcome.”

This example manifests how vital perception is to performance.

“Cognitive psychology would say that it has a lot to do with your expectation and perception, and your interpretation of an event, ” Mattes said. “Your perception of your physiological state or of the situation at hand might change the outcome.”