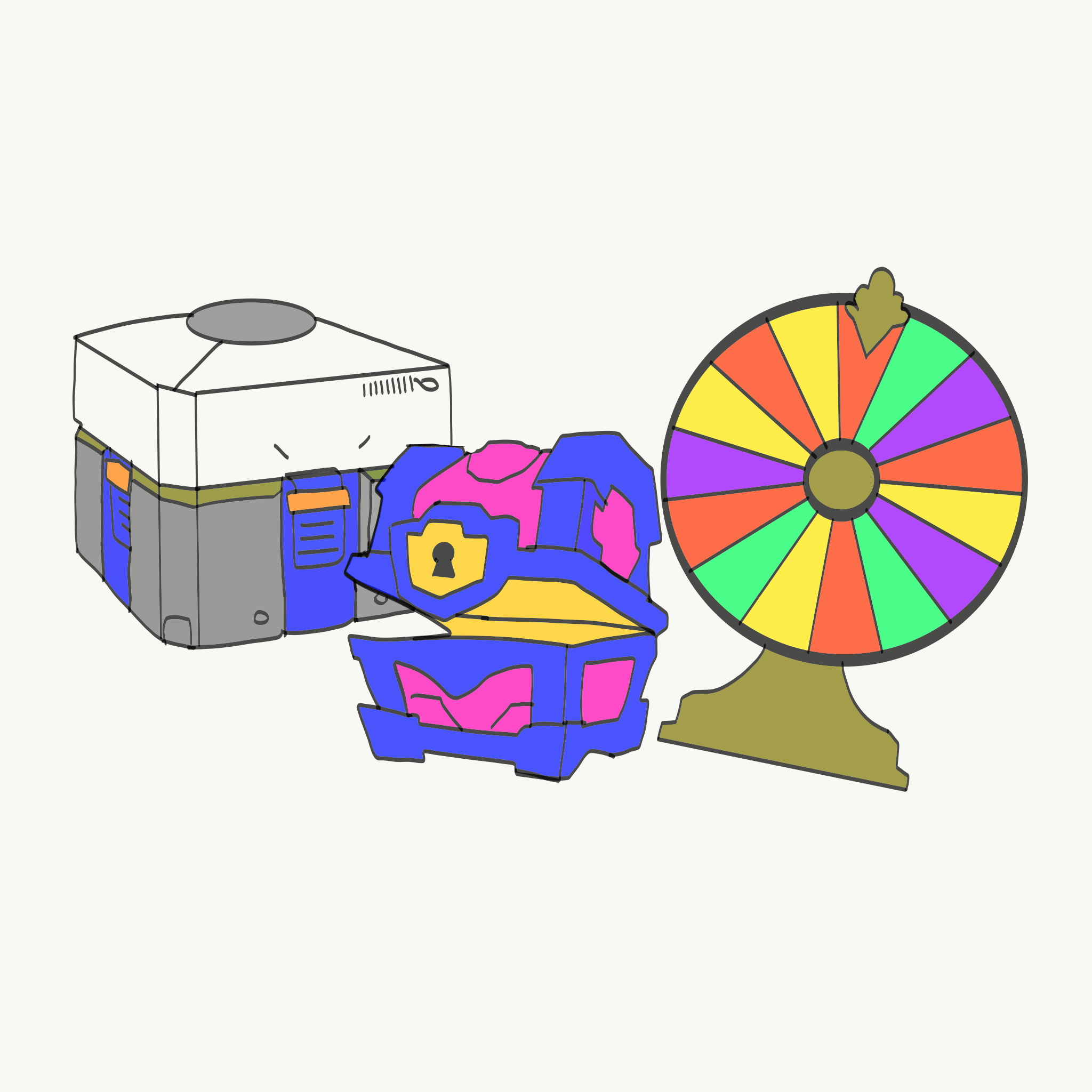 Once restricted to the Las Vegas Strip, slot machines and other forms of gambling now have a foot in the door to the video game industry, and players are expressing the negative effects.

“It was pretty bad,” an anonymous source said. “I’d ask my friends to give me iTunes gift cards for my birthday, then pool the money and buy high-worth chests in Clash Royale. Over time, I probably spent $400 on the game.”

Using gift cards to purchase gaming upgrades is a routine practice among younger kids, but for gaming companies, the far more lucrative demographic is comprised of those with online banking through their first bank or ATM cards — most high school students.

Currently worth $30 billion, the “loot box and skin gambling” industry in the US is expected to exceed $50 billion by 2022, according to Juniper Research, a digital tech analyst firm. Fueling this growth is the addition of microtransactions to countless of online games, including Overwatch and Counterstrike.

A recent Pew Research Center poll showed that 97% of teenage boys and 83% of teenage girls in the US played video games in 2018. These teens are familiar with the “freemium” model associated with games they may have played when they were younger, like Club Penguin and Candy Crush, as well as multi-player games such as Clash Royale.

As the name suggests, “freemium” games are free to download and play, but any real advancement comes with the option for the player to buy their way ahead. Kids often spend real money — it’s not unusual to make an initial investment of hundreds of dollars — either to maximize winnings or simply to play in the same league as their friends.

“I had to be better than my friends, and that meant having all the paid legendaries,” the anonymous source said. “It sounds dumb looking back at it now, but at the time, was really important to me.”

Freemium games still exist, but the addition of the casino-like element comes in the form of microtransactions, small (often $5), frequent games of chance, that pop up throughout a game in the form of “loot crates.” These crates are colorful digital gift boxes designed to appeal to young children, which players can pay to open in hopes of winning desirable “loot,” often in the form of new characters, customization or other powerful items.

In other words, gaming companies have designed a way to move players from a “pay to play” model, to that of an online casino with very little investment on their part. For gaming companies, including Nintendo and Supercell, these highly lucrative elements are legal because gambling mechanics are not held to the same legal standard as traditional casino-style gambling, which is highly regulated and restricted by California law to those over 18 years of age.

A 2017 study conducted by the Gambling Commission, a public government body for the United Kingdom, revealed that 11% of 11 through 16 year olds in the UK (500,000 underage children in total) have used “skins” to gamble at some point, contributing to the $1 billion expected to be placed in bets through video games by 2022.

Paly computer science teacher Christopher Kuszmaul, who used to teach video game design, describes publishers of popular video games as under serious pressure to release new content as fast as possible. The content is then locked behind loot crates to maximize profits.

“Companies need to hit a spike (in revenue). I couldn’t tell you exactly what this timeframe is, but it’s on the order of three to four weeks,” Kuszmaul said. “If they aren’t making an impact after four weeks, that content becomes pretty much worthless.”

By understanding the financial urgency, companies have to maintain popularity by bombarding players with the new content they crave, it’s not difficult to see how the inherently sticky gambling element has become a lucrative component of online games, according to Kuszmaul.

“If you are running gambling in a game, time is money. So, if that thing (loot box) is going to increase your revenues by 0.1%, then you’re losing 0.1% of revenue if there is a delay, which is significant,” Kuszmaul said.

But the odds are rarely fair. In the hit mobile game Brawl Stars, $5 will net the player an astonishingly low 0.096% chance of pulling a “legendary” character. A standard slot machine has higher odds, at 0.1% chance. While casual players may be deterred by the amount of luck and money required to advance in a game, many are not put off and spend their allowance and sometimes savings, into video games designed to keep them invested.

Critics of gambling elements in games targeting children argue that the potential long term effects of the powerful mix of gaming and gambling can be harmful to brain development and have far-reaching consequences.

Junior Neel Fulton is one of many students who took the required Living Skills course over the summer, which devotes a large portion of the class to teaching about the risk of addiction.

“They focused a lot of class time on brain development and the increased risks of addiction before the brain finishes developing at age 25,” Fulton said. “A good portion of the class was dedicated to how the enjoyment you get from an addictive behavior slowly destroys the pleasure centers in your brain until that behavior is compulsive. Either you give in or run the risk of feeling depressed until engaging in that behavior again.”