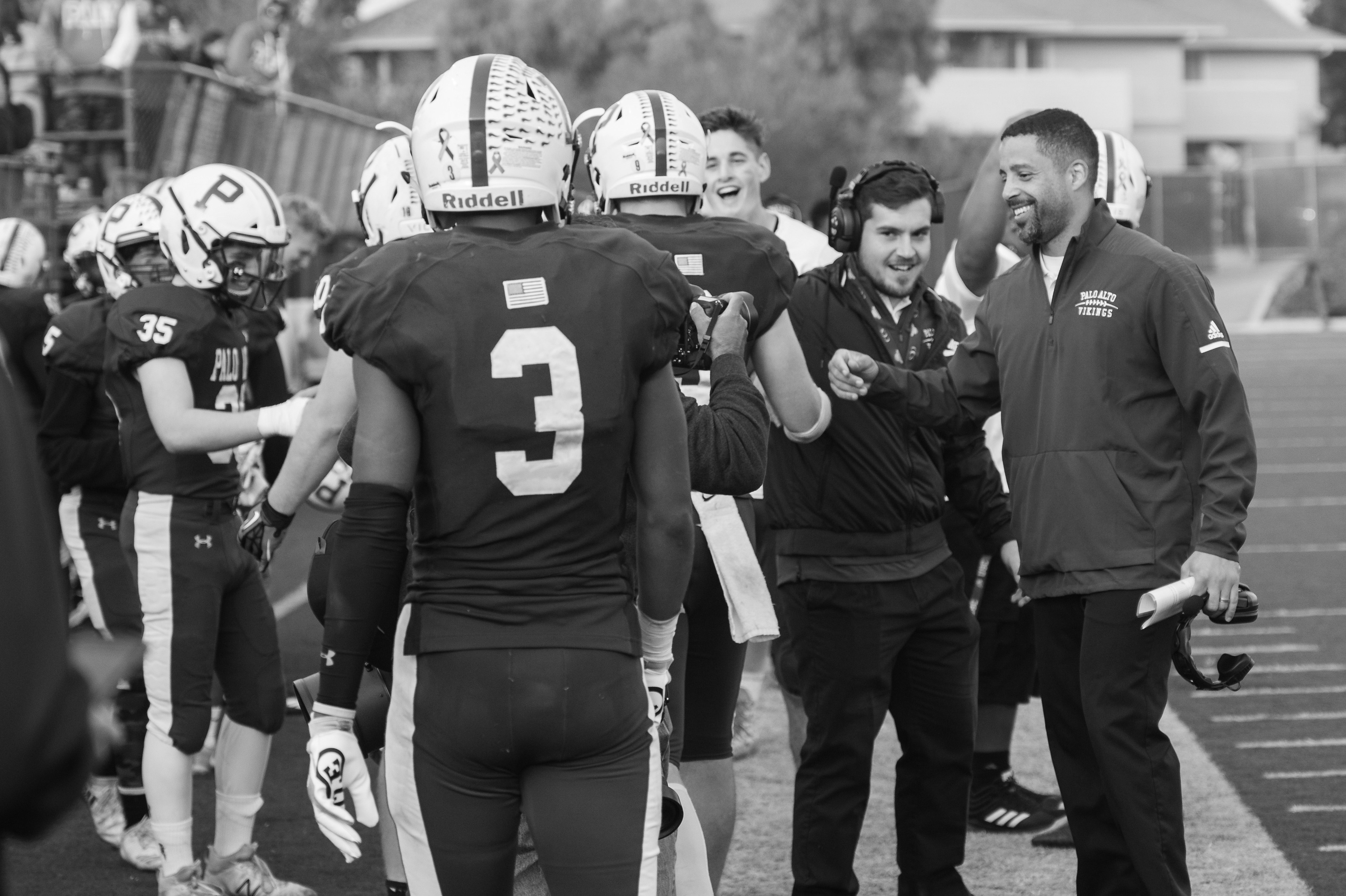 As the new year rolls around, former Athletic Director Therren Wilburn passes his important role onto Paly football coach Nelson Gifford. Wilburn worked at Paly for four years, starting out as the assistant athletic director. After two years in that role, Wilburn said he wanted to make a greater impact on the school and community he loved, and knew he could step up and change the program for the better.

Thus, at the start of the 2017-18 school year, Wilburn took on the position of athletic director. As the athletic director, his job was to hire and assess new coaches, set policies about player eligibility and preside over the athletics program as a whole. According to Wilburn, one of his greatest accomplishments was adding three new sports to Paly.

“When looking back at the years I served at Paly, I am most proud of the sports that we were able to incorporate to the athletic program (cheer, boys volleyball and field hockey),” Wilburn said. “Just adding three sports added around 60 student athletes to the athletic program. Offering more opportunities for students to be involved with athletics was always my goal, and we were able to do that.”

Wilburn believes that being an athlete is extremely beneficial for teenage development, which is why he ensured every student who wanted to play a sport could, by making at least one sport no-cut per season.

Wilburn’s talents, however, extended far outside of his job description. Whether it was wandering the campus and connecting with students or coaching his colleagues, he was a great mentor for his co-workers and students.

Assistant Athletic Director Justine Longi recalls her time with Wilburn as being both enjoyable and efficient, as he was able to run a successful program while still maintaining a positive athletic atmosphere.

“He was a very laid back boss, (and) let me figure things out, but definitely taught me valuing academics in athletics and how to run the department as a whole,” Longi said.

Despite loving his job at Paly, Wilburn decided to leave to pursue some of his other goals. Since the beginning of his career in high school athletics, he knew he wanted to pursue higher education.

He spent many nights deciding if it was worth giving up his role as athletic director after working so hard to get it. He was in a very stable position, being able to settle down. After trying to make it work, it became clear it would be impossible to work full time and study for his doctorate. Wilburn knew it was necessary to risk it and leave in order to go after his dreams and goals.

“In April and May, I had a feeling that it was time to go back to school and get a doctorate degree (in educational leadership). I weighed the pros and cons, and the biggest pressure was thinking about being a present AD and a present applicant and student,” Wilburn said. “I finally settled that I could not maintain the 50 to 60-hour work week and be a ED.D (Doctor of Education) student, thus stepping down in my role. I am excited to dive into research regarding education and athletics at the high school level.”

Wilburn will be heading down south and serve as the assistant athletic director at Cathedral Catholic High School in San Diego. According to Wilburn, he is ecstatic to learn from the school’s athletic director, who has been there for 30 years and directs about 1,500 school athletic directors. From him, he can improve on his craft while studying for his doctorate.

“My goals here is to learn as much as I can from the athletic director,” Wilburn said. “He has been in the role for 30 years and is the President of the California State Athletic Directors Association (1500 schools). Learning from him was the biggest intrigue to the job and my goal is to be like him one day.”

According to Wilburn, he will greatly miss his time at Paly. It is clear that the school will miss his presence and great influence on the athletic program.

“What I’ll miss the most (about Paly) are the daily interactions I had with people on campus,” Wilburn said. “I was able to build genuine relationships with many of the coaches outside of just the coach and athletic director role. I still text with them, but not seeing them as frequently has been an adjustment.”

Looking forward, a new chapter of Paly athletics will begin with Gifford, who has been the football team’s coach for a year and is aiming to keep improving the sports programs. Gifford brings many new ideas and enthusiasm to the program.

“I am most excited to help the programs grow. I understand what coaches need to feel supported, and I want to provide that help,” Gifford said. “I also know how important the sport experience is to our students, and our goal is to create a culture were all of our students are excited about playing and competing. I wanted a chance to help all of our student athletes maximize their opportunities. ”

Additionally, he plans to increase diversification among coaches. According to Gifford, in the past, the program had a lack of female coaches — in the last four years, there have only been three.

“I have no doubt there are really talented female coaches, or aspiring coaches, that simply have not had the chance to showcase their skills,” Gifford said. “In that way, it is important that I do more in order to exhaust all avenues to attract the best coaches irrespective of gender. Additionally, a diversity of personal experiences, viewpoints, and approaches matters. It makes any organization better when multiple perspectives are brought to the table. Finally, having different types of people in leadership positions broadens our students’ view of what a leader is and is not.”

Wilburn is supportive of Gifford taking on the role of athletic director, and is excited to see where  the athletic program will go.

“I think the new Athletic Director (Gifford) is an influencer by nature and will be great for the Paly athletic program,” Wilburn said. “When I hired Coach Gifford to be our football coach, I knew we hired a ‘lifer,’ and the transition between us seems like a passing of the baton in a relay race we call Paly athletics.”