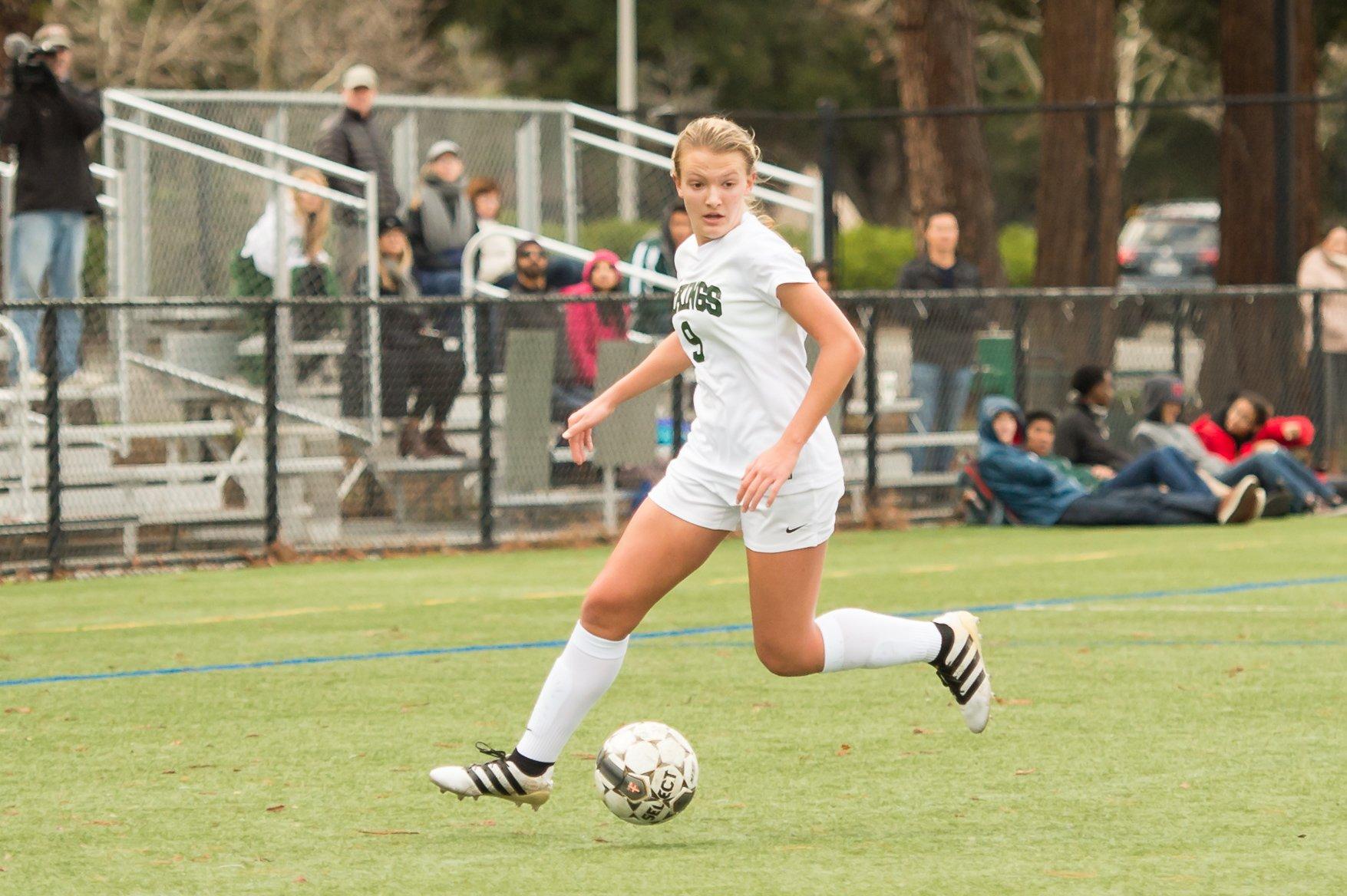 Goal after goal, senior Chloe Japic couldn’t stop scoring for her American Youth Soccer Organization  soccer team, the Green Dragons, when she was in kindergarten. Eventually, her coach restricted her from crossing the halfway line, but she still managed to dribble up to the halfway line, take a shot and score.

“This is where my love of scoring grew from,” Japic said.

As Japic had been playing soccer since she was two years old , with a dream to continue her soccer career since sixth grade, her college recruitment process began shortly after attending a winter showcase in Florida during her junior year.

Japic committed to play Division I soccer at Baylor College in February of her junior year, but before doing so, she spent a few months touring colleges and going on official and unofficial visits.

When Japic received an invitation for an official visit from Vanderbilt University and Baylor College, she was excited to not only tour the school campuses, but also to meet the coaches from both schools after having communicated with them through email for some time prior.

“I was really excited about all my visits because they all meant that those colleges were really interested in me,” Japic said. “I also felt very proud to be recognized after all the work I put in on the field and at school.”

During her official visits, Japic said that both the soccer coaches gave her a tour around the campus, where she was able to view the classrooms, dorms and all the athletic facilities. She also got to meet the players and the staff members that were part of the athletics program.

“(Both colleges) took a lot of time to make sure that I had a great experience at their school,” Japic said.

Although other athletes who went on official and unofficial visits had somewhat comparable experiences, each one differed depending on the college and the sport.

Recent Paly graduate Aiden Chang is continuing his football career at Carleton College. Before committing, Chang officially visited Carleton College and Claremont McKenna during his senior year, which he claims gave him the opportunity to get closer with the coaches.

“The highlight of the visit was meeting the players and getting to know them and also the feel of the atmosphere,” Chang said.

Similar to Japic’s experience, Chang received a tour around the campus and the facilities of the football program at both institutes to experience the culture, team and dorms.

“They told us what they expect of us as a student and an athlete, along with what practice looks like during the season and the offseason,” Chang said.

Although the visits are labeled differently, athletes usually get the same experience during both official and unofficial visits.

After being in contact with the coaches through Twitter, senior football player Jamir Shepard went on unofficial visits to Arizona State University, Oregon State University and Fresno State University. Shepard said one of the highlights from visiting these colleges was having photoshoots wearing the school team’s jerseys.

“During the photo shoot, it felt like I was home and the coaches complimented me how it was a good look on me,” Shepard said. “It was the best feeling.”

Almost a month after his visit, Shepard committed to Fresno State in mid-August of his senior year. Shepard said seeing the school campus and meeting the coaches in real life convinced him to finally commit.

Although visiting colleges may seem like a simple, straightforward process, all athletes and coaches must follow the recruiting calendars strictly. These calendars define the periods when coaches can and can’t watch the college-bound student-athletes compete and have face-to-face contact.

Japic believes that her communication with the coaches was stalled because of these restrictions, especially when she wanted to inform the coaches of her game schedules.

“I couldn’t hear back from coaches until June 15 before my junior year,” Japic said. “I would email schools and they couldn’t respond because of the rules.”

The NCAA states that these recruiting rules are designed to limit the amount of communication elite athletes receive from coaches and give student-athletes time to make an informed decision about where they want to go to college.

Despite the challenges from the restrictions and competition against other athletes for these offers, Japic was finally able to commit to her dream school. As this process required her to constantly email coaches, attend showcases and go on visits, Japic emphasized how visiting schools was the best part.

“The most memorable moment was when I toured Baylor because I knew that was where I wanted to spend my next four years,” Japic said. “From going on these visits, I gained a lot of confidence knowing that my dream of playing Division 1 college soccer was coming true.”