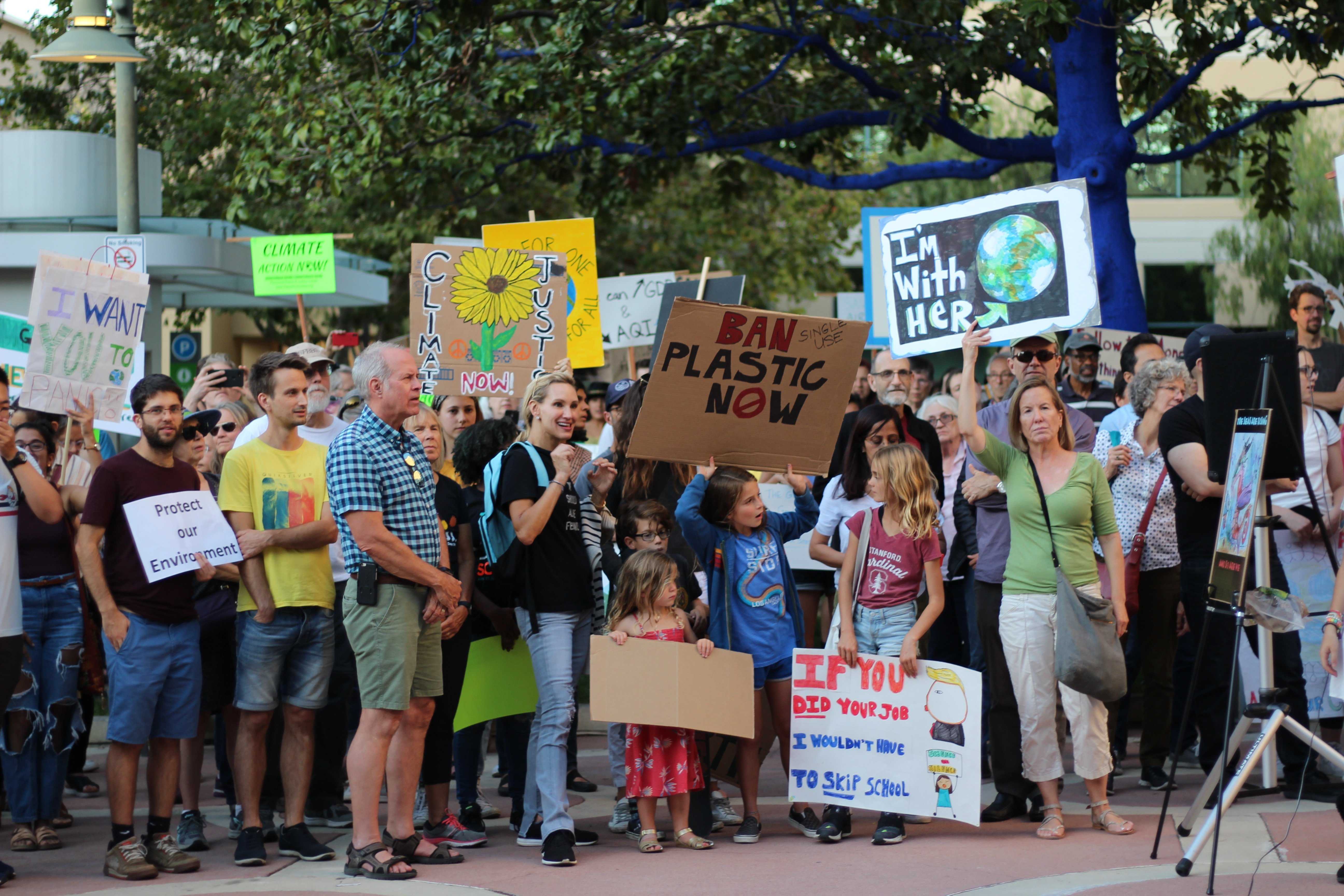 At 11:35 a.m., Paly students, along with students from Castilleja and Stanford, joined members of the community in protest on the Embarcadero-El Camino intersection.

Protesters held handmade signs with slogans such as “denial is NOT a policy”and “New Green Deal NOW” as they recited chants and received honks of support from passing cars.

Students wanted to raise awareness about the severity of climate change in light of the Trump administration’s policies regarding environmental protection, according to Emma Donelly-Higgins, a senior who helped organize the event.

“I want to see some action on climate change,” Donelly-Higgins said. “I want the government to start listening to the scientists.”

At the Palo Alto City Hall strike, impassioned students and adults spoke out in support of Thunberg and various environmental protection agencies.

“We need to recreate our broken systems built off of fossil fuels,” a Palo Alto student speaking for the Sunrise Movement said. “We must fight for justice not only for future generations, but also the people most affected by the climate crisis today.”

Senior Ellie Fitton said the purpose of the strikes, along with fighting for climate justice, was to empower youth around the world and emphasize the impact the next generation can have on the issues of today.

“I think that student voice and action are very important for policies to actually change,” Fitton said.

Though the primary principle of the worldwide walkout was to universally raise the voices of youth, support from adults from all over the world could be felt strongly as they joined in on local protests.

Stanford graduate Austin Park came to show his support at the 11:35 a.m. student-led walkout along Embarcadero Road, where he made a poster and protested alongside students and Palo Alto community members alike.

“I’m here to support what     you guys are doing,” Park said. “I just got my masters in Energy Resource Engineering, and climate change is a problem that I have devoted my life to solving it. I hope to inspire other people to help create change, but it looks like you guys don’t need my help.”