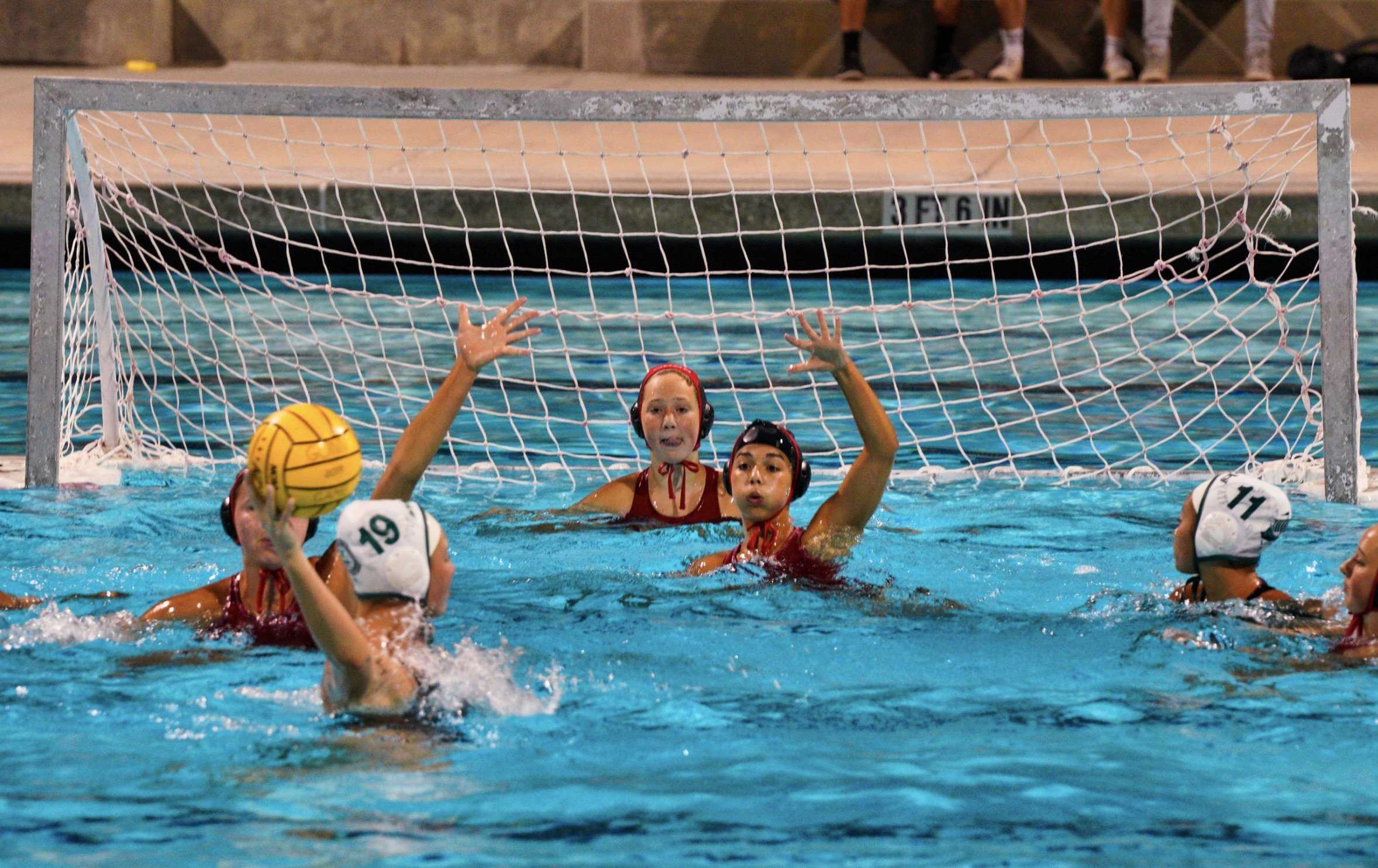 Tying at the San Francis tournament but winning its first league game, girls water polo is striving for success this season. Junior Hana Erickson comments on her teams success.

“The team has not been able to beat Homestead in a couple of years, and we were able to beat them this year,” Erickson said.

During the summer, many of the girls on the team played on club teams which Erickson said is a huge factor in why the team is doing so well.

Even with the team’s recent success, though, Erickson said both the team and herself still have plenty of room for  improvement.

“I’m trying to improve my set this year and being able to play well team defense with the girls where we can all work well with each other,” Erickson said.

The team also set goals to focus on technical work this season.

“The main thing that we are trying to improve is offense, making sure we are all the way down the court at the two and five rather than at half tank,” Erickson said.

In addition to offense, another aspect junior and team captain Lulu Gaither said the team needs to work on is  communication.

“Communication is one of the hardest parts of waterpolo, so if we can improve at that, then I’m sure we will have an awesome season,” Gaither said.

Even though the team is currently struggling with communication issues, there are still many things that the team is excelling at.

“I think the team is playing great in the games,” Gaither said.“We are working well together, and I’m hyped that we’ve started the season out strong.”

Gaither also said the increase in the number of players, which went from less than 15 last year to 19 this year has been great. She specifies that having 12 players on the sidelines supporting their teammates is incredible.

Gaither said, “The spirit of our team is for sure one of the best parts of our team.”