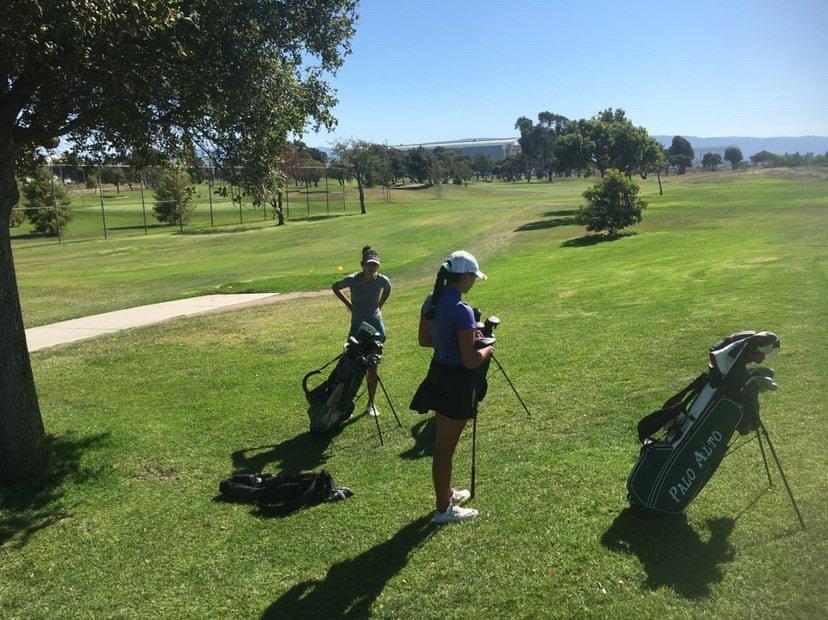 The girls golf team made quick work of its opponents during the first two official matches of the season. Beating Mountain View by 186-277, then Gunn 188-277, the team demonstrated a consistency that, if continued, will give them a chance of winning a spot in the California Interscholastic Federation State Championships.

Head coach Doyle Knight and his teams have not made the trip to the state championship since 2013, though the team has come within a razor’s edge of qualifying multiple times. This year however, the numbers are on their side, according to Knight.

“Our goal as a team is to shoot a 180 when we play nine holes,” Knight said. “So, if you take the scores from the last two games played, we’re right there. Being six or eight strokes off isn’t a lot.”

Knight said a good stroke target for the team on an 18-hole course is 375. Had the first two matches of the season been played over 18 holes, the average score over both matches would have been 374, just meeting the goal, he said..

“It gives us the idea that we are playing well enough to move on to the state tournament this year,” Knight said, “If the girls keep it up, a 375 stroke match over 18 holes will definitely get us to CIF States.”

In addition to the remaining eight games of the regular season, the team play rivals Harker and Valley Christian in tournament matches on Monday, Sept. 23.

Senior and team captain Priya Bakshi said she knows her team is prepared for the tournament.

“I’m excited to go back and play against Valley Christian and Harker.” Bakshi said. “After our first losses against them a couple of weeks ago, we’re all really determined and ready to play our best. Our matches against them didn’t go exactly as planned, but we all know the team can do better.”

Despite the preseason losses, Bakshi said she feels confident going into the event on Monday.

“I know our team has so much potential that I’m sure we can show,” Bakshi said, “it’s really just about zoning in and focusing the day of the tournament.”