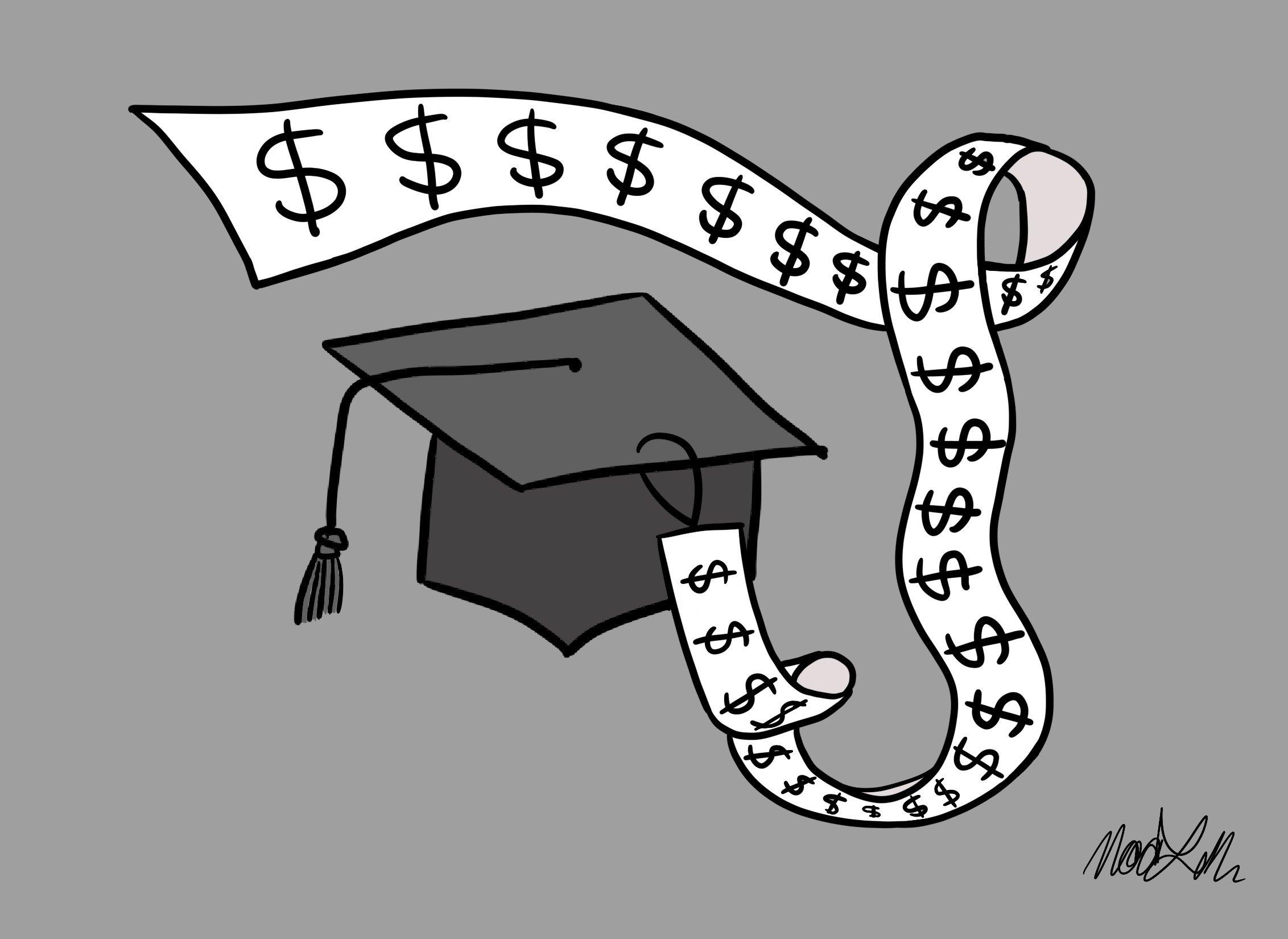 For a select few students, the answer to the question, “How will I pay for college?” is an easy one — their parents will bear the cost.

But for the vast majority, this is not an option, leaving these students under the weight of immense student loan debt.

Over the past five decades, the average cost of college has increased fourfold, outpacing wage growth 20 times over.

But what led to the dramatic increase in college tuition?

The answer lies in the lenient student loan policy implemented by the Federal Reserve since 1958.

Due to an increase in financial aid, the value of a modern-day education has been driven up artificially, hiking prices and disadvantaging college students and their families.

In a free market where prices are not artificially high, businesses are forced to compete with one other to provide quality products at a reasonable price.

Thus, every time a product goes up in price and the business continues its natural course, the non-monetary value of said product has increased by similar proportions.

However, because most students are able to access college so easily through loans, demand is artificially driven up, threatening shortages and forcing colleges to increase their prices in order to maintain a stable supply. This spurs a vicious cycle, one that involves an increase in college tuition because of government subsidies and the application of government subsidies due to the price increases of college tuition.

The cycle can only be stopped when the government stops handing out loans and subsidies to college students.

It is a fact that some people will be unable to afford a higher education and will also lack the finances private institutions require in order to take out a loan.

The entire reasoning behind the Federal Reserve’s decision to finance these loans is that they’ll help those on the lower-end of the socioeconomic spectrum with tuition and costs. However by flooding the market with consumers who have an abundance of cash, college tuition is going up, further disadvantage these unfortunate consumers.

The current college loan and student debt situation can be likened to the events that led up to the Great Recession in 2008. During this period of economic decline, because banks and other institutions were handing out low-interest mortgages and loans to high risk lenders who didn’t have the capital to back them up, the banks went bankrupt, and a mortgage crisis ensued.

Today, the government can lend up to $57,500 to undergraduate college students who have no assets that can be used as collateral.  When these lenders can no longer pay the government back, what happens?

What happens is that the U.S. government is left with an enormous financial burden to bear, thus spurring another recession.

For a presidential candidate to announce that they’re going to defund the Department of Education or stop subsidizing the higher education industry is political suicide. Public opinion is not on their side.

However, if someone doesn’t take that step, the cost of college tuition is going to increase until it becomes increasingly unaffordable. When financial institutions hand out college loans like candy, college moves even further out of reach. This is true especially for people on the lower end of the socioeconomic spectrum.