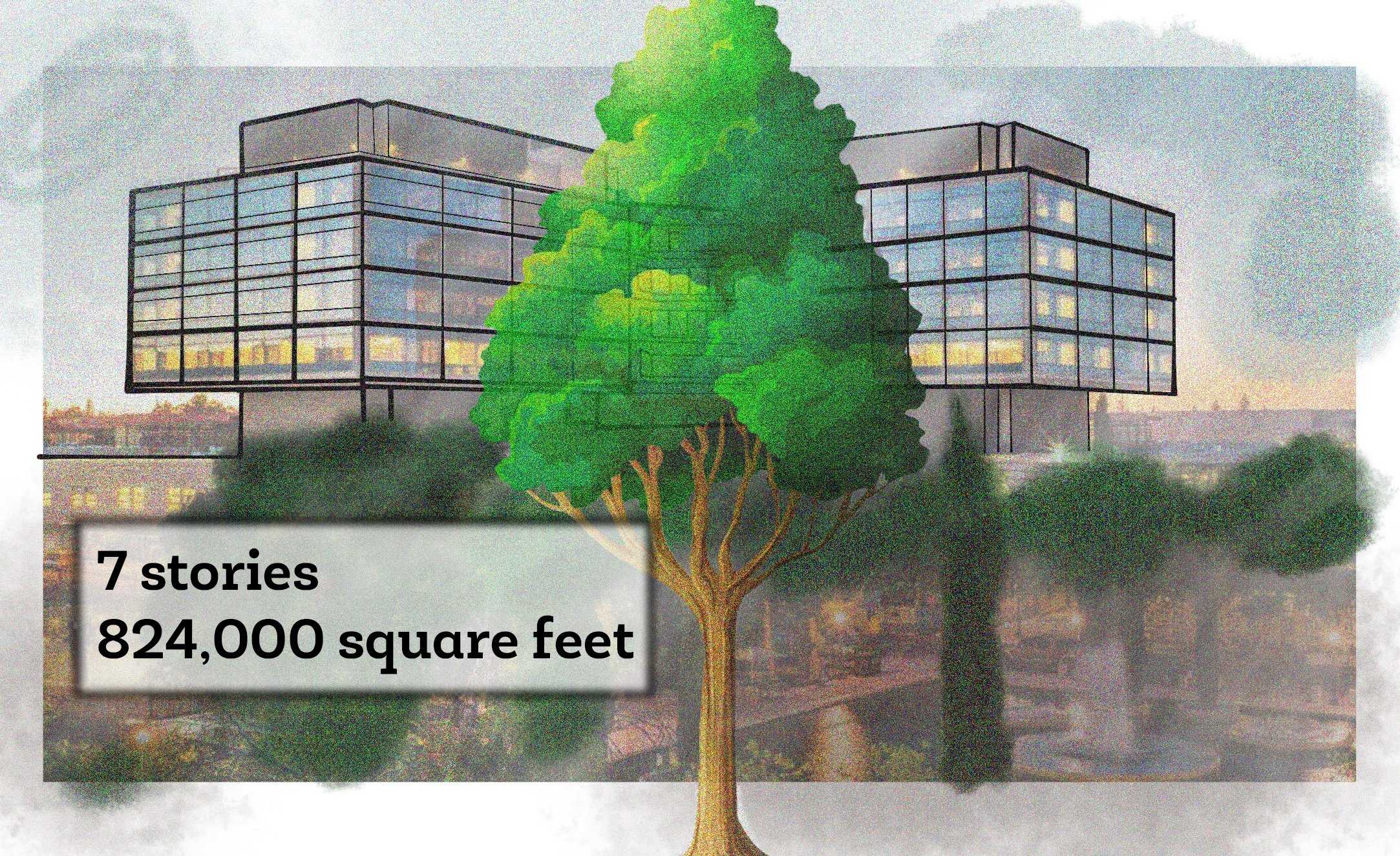 With embellishments of gardens and glass domes, as well as top-notch care, Stanford University’s soon-to-be-opened hospital is hoping to provide patients with an enhanced environment for healing.

Stanford Hospital is known for its excellent care, state-of-the-art medicine and effective learning environment for students.

Yet the current hospital, built in 1959,  has limited space and is often overbooked, meaning patients sometimes  have to be referred elsewhere, according to Stanford surgeon Gordon Lee.

To address these issues, Stanford has spent a decade planning and building  a new hospital, which is set to open in the middle of November.

The new hospital is seven stories tall, spans 824,000 square feet and boasts four acres of gardens and park areas dedicated to patient use.

An open house event earlier this month marked the  first time the hospital was accessible to the public. Lee attended the event to get a first glimpse of his future work space and he was excited.

“I am excited to move into the new space and perform surgery,” Lee said. “Stanford Hospital is known throughout the world to be one of the best, if not the best institutes of medicine, and I’m ready for its new home.”

Stanford Hospital is ranked number 12 in the country according to US News’ Best Hospital Honor Roll.

Lee said, this is a long overdue upgrade for the hospital because it was frequently packed with people and was an uncomfortable place for him to work in and see patients.

“The old building served its purpose,” Lee said. “The new hospital should have enough resources and rooms to treat everyone and anyone who might need it.”

The new hospital is equipped with a 42,000-square-foot emergency room and trauma center, 368 private rooms and  20 operating rooms.

Along with getting access to the newest medicines and technologies, Lee is excited to see the additions of some of the less orthodox implementations of the hospital.

“Some of the benefits of the hospital are, of course, it will feature state-of-the-art medicine, but it will also have an area that is almost like a park,” Lee said. “There will be trees and benches for our patients and guests.”

The new building features a glass dome overlooking acres of gardens and trees, interspersed with comfortable seating and floor-to-ceiling windows.

This portion of the hospital aims to foster the mental well being of patients and provide them with a more comfortable atmosphere compared to the traditional, white-walled theme of most hospitals.

This theme of naturalizing work spaces can be seen elsewhere nearby, such as at Apple and Hewlett-Packard.

By switching to this natural aesthetic, employees are made dramatically happier and more productive, according to a study conducted by Cornell University in 2016.

“When I had my concussion, I definitely would have liked to have the natural atmosphere, it may have even helped my recovery,” junior Ryan Yeung said. “The hospital I visited isn’t extremely inviting, and it’s always a chore to go.”

Yeung said he looks forward to the benefits that will come with the new hospital and said the gardens would help any future stay be more enjoyable.

Senior Grace Thayer, who has had a concussion as well, also believes the garden may improve the patient experience, she expressed concerns.

According to Thayer, people with concussions or other injuries involving sensitivity to light may be negatively affected by the large amount of light entering the building from the glass walls.

“Pretty much every time I have been to the hospital it was a horrible experience, and the environment was really dreary,” Thayer said. “I think it could be beneficial to patients who are in need of long-term recovery, but concussions can cause a sensitivity to light so my fear is if there are more windows it can actually increase pain in patients with concussions, but most people concussed don’t spend that much time in the hospital.”According to Lee, when building anything this immense, there are bound to be a variety challenges that will arise.

“It will be hard for employees, doctors and nurses to get acquainted with the new systems and technologies,” Lee said. “There will definitely be an adjustment period. The computer systems may also fail, and there could be an overhaul near the beginning.”

Lee anticipates it may be difficult for clinical staff to adjust to the new building, and it may take some time for everything to start running smoothly.

However, according to Lee, after some time working in the new facility, the staff team should be able to run the hospital smoothly. Despite the initial anticipated challenges, the new Stanford hospital is sure to become a hotspot for quality medical care and a healthy environment, Lee said.

“The new hospital will be great for the community,”  Lee said. “Having the best medicine in the world in your backyard is sure to be a game-changer for many families here.”