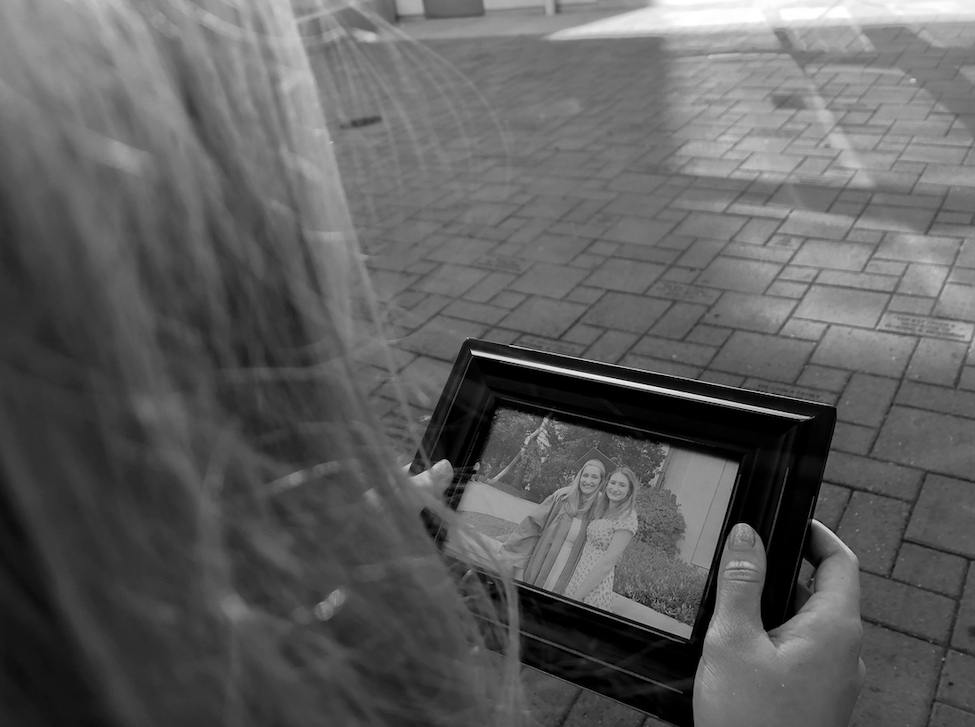 While boxes and suitcases stuffed to the brim sit near the door, junior Audrey Kernick braces herself for a heartfelt goodbye between her and her college-bound sister. Overwhelmed by a surge of emotions, she begins to wonder what life will be like without her sister.

With the recently departed Paly alumni and those returning back to college, many students are adjusting to the absence of their older siblings. Students like Kernick endure the effects of this shift.

Kernick recently became the only child in her house and has begun to experience a host of emotions that came with her sister’s departure.

“I never processed that she was actually leaving up until she left for her flight,” Kernick said. “It was a very emotional day for me. Every once in a while I will spend time in her room, (and that) really helps with any sadness.”

Wellness center counselor Katherine Minutillo said she sees the effects that older siblings leaving can have on student’s mental health and daily lives such as instability and distress.

“An older sibling leaving for college is a period of transition that affects a student’s mental health and stability,” Minutillo said. “There is a difference at home that can affect different aspects of a student’s social and personal life.”

According to Minutillo, students can keep in contact with their siblings to handle any emotions that may arise.

“It is helpful to identify ways in which the student can keep in contact with their siblings when they’re away, whether by phone, email or social media,” Minutillo said. “A student can also stay connected to friends and family who are still around to continue to have a support system.”

Junior Nessa Orumchian said she is exploring ways in which she can keep in touch with her older brother who left for college last year.

“Although we didn’t interact a lot on social media when he was here, I make the effort to Snap(chat) and text him often while he is at college,” Orumchian said.

Coping with siblings leaving can be difficult, according to Orumchian. With her older brother gone, she is the only child in her household and notices many differences from when her brother was there.

“With it just being me and my parents, it’s really quiet,” Orumchian said. “No music in the mornings, no screaming matches, it’s just the three of us which can be peaceful but also sad sometimes.”

Many students who feel lonely after their siblings depart for college, such as Kernick, also turn to their parents or friends as support systems.

“My parents and I have always been kind of friends, so with my sister being gone we just mess around with each other and are able to do more things that my sister would usually just get mad at,” Kernick said.

However, parents are also often impacted by the change of having a child leave for college. Parents of Paly students Michelle and Chris Cummings, whose oldest daughter has been at college for the past two years and whose middle daughter went off to college this year, have dealt with the impact this has had on their 14-year-old youngest daughter and their home life.

Furthermore, according to Michelle, some parents may feel a sense of guilt leaving the only child in the house at home alone by themselves.

“As a mom of three kids, two of which are in college, I feel like I say no to doing more activities on weeknights because, with only one kid home, I really want to maximize my time with her, especially with her sisters gone,” Michelle said.

“For the leftover siblings, I think it puts a little extra pressure on them to make their home life more enjoyable,” Chris Cummings said. “They have to find ways to rally people up and make something happen as they can’t rely on spending time with their siblings.”