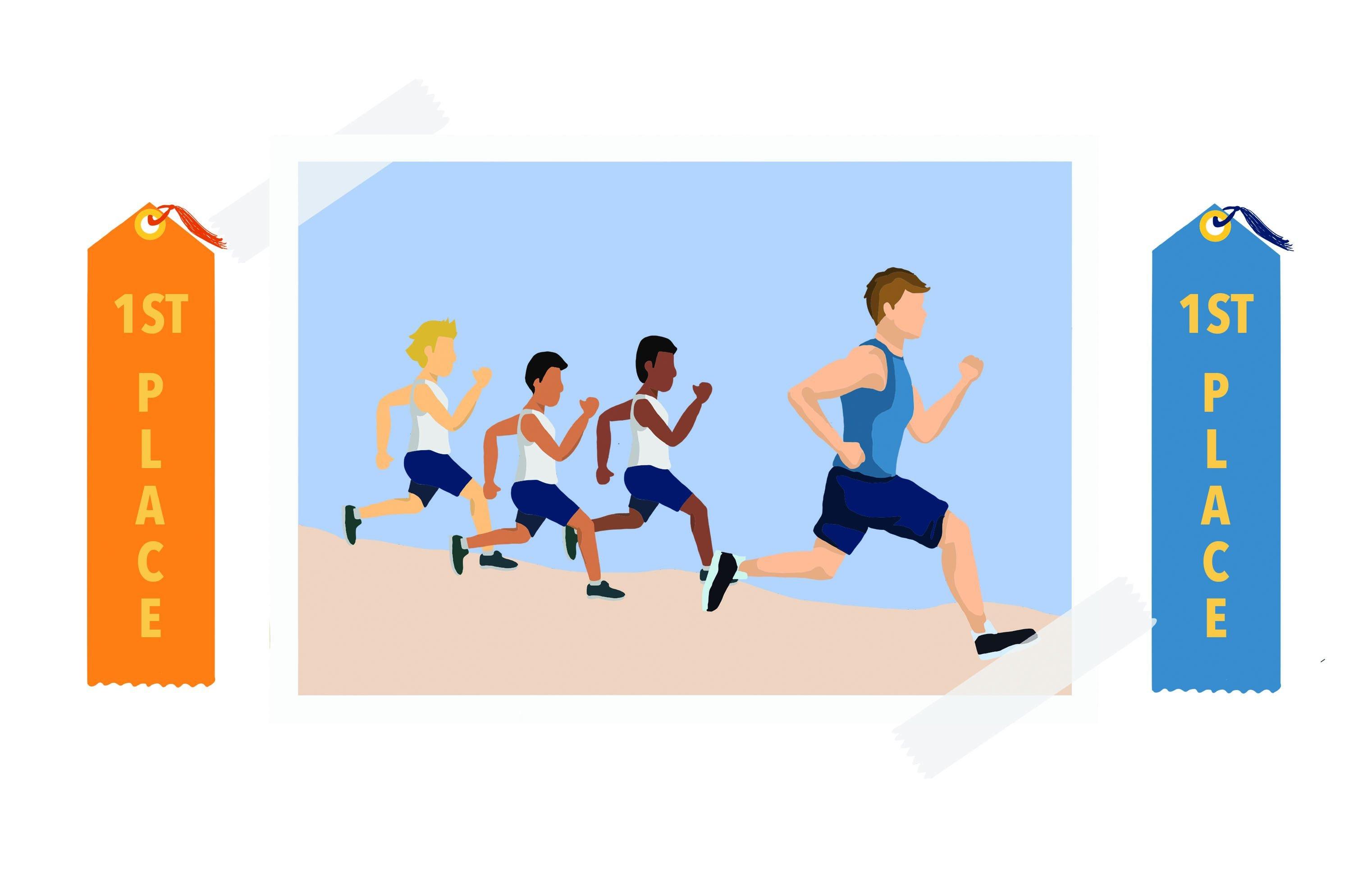 A euphoric sensation courses through sophomore Jimmy Miller’s mind as he races to complete the second mile of his five-kilometer race. The only thing audible to Miller is the vibration of his heart pounding in his body as his feet brush against the gravel.

Miller, who averages a 5:40 mile, began running competitively as a freshman on the cross country team, then as a long-distance runner on the track and field team during the spring.

Miller’s favorite aspect of the versatile sport is how it can make prevalent a more ambitious side to himself that he ordinarily would not notice.

“I work hard to see results,” Miller said. “Even though running is a great method for alleviating tension in my day-to-day life, it also brings out my competitiveness where I can set goals for myself and strive to achieve them.”

One of these goals includes running a sub 4:30 mile by the end of his sophomore year. Although ambitious, Miller considers this goal attainable as he ran a 4:53 mile this past summer at an  “All Comers” meet at Gunn High School. A sub 4:30 mile would rank him as one of the top long-distance track athletes in the state.

“I think that if I continue to put in the hours necessary, I can deliver that time,” Miller said. “I know I can run faster than I currently (can), and with the help of my coaches and teammates, I can do it.”

After extensive hours spent both on and off the track, Miller has developed strong relationships with teammates, especially one of his closest friends, junior David Evans.

A role model for younger team members, Miller is an example of the fundamental qualities required for success in any career, according to Evans.

“Jimmy wins races because he works harder than everybody else on the team, and that kind of mindset is a really important influence in developing younger runners,” Evans said. “I think it’s awesome because he has experienced all the highs and lows of the sport already, so he really knows what he’s talking about and wants to share it with the younger team members.”

According to Evans, Miller not only prevails as an athlete, but also as a friend.

“(Miller) has an insane work ethic that no one can match, but when he isn’t accomplishing a ridiculous mileage, he’s just a great guy to hang out with on the track,” Evans said. “He’s always making people laugh. I think the amount of time he has spent on the track has already affirmed him as one of the leaders on this team, which is relatively unusual because he is only a sophomore.”

In addition to the bonds he has formed with fellow teammates, Miller has established a long-lasting relationship with his coach, Michael Davidson, whom he considers family. A cross country and track and field coach, Davidson has worked with Miller since he first began running for the team as a freshman.

Davidson said the qualities exhibited by Miller are ideal for pursuing a future in running and make him especially compatible with other members of the team.

“I can absolutely see a future in running for him,” Davidson said.  “I’m positive that if he is able to stay injury-free, it will lead to opportunities at the collegiate level and maybe even beyond.”

According to Davidson, for athletes like Miller, pursuing a career in running is a realistic option.

Even if  he does not run professionally, Miller said he hopes to run track in college at a DI or DIII school.

As one of the top athletes on the Paly team, Miller said he hopes for a leadership position this coming season where he can pass on his knowledge to younger runners and continue to help teams.

Evans said, “This team is going to be his someday, and he will know exactly how to manage it.”