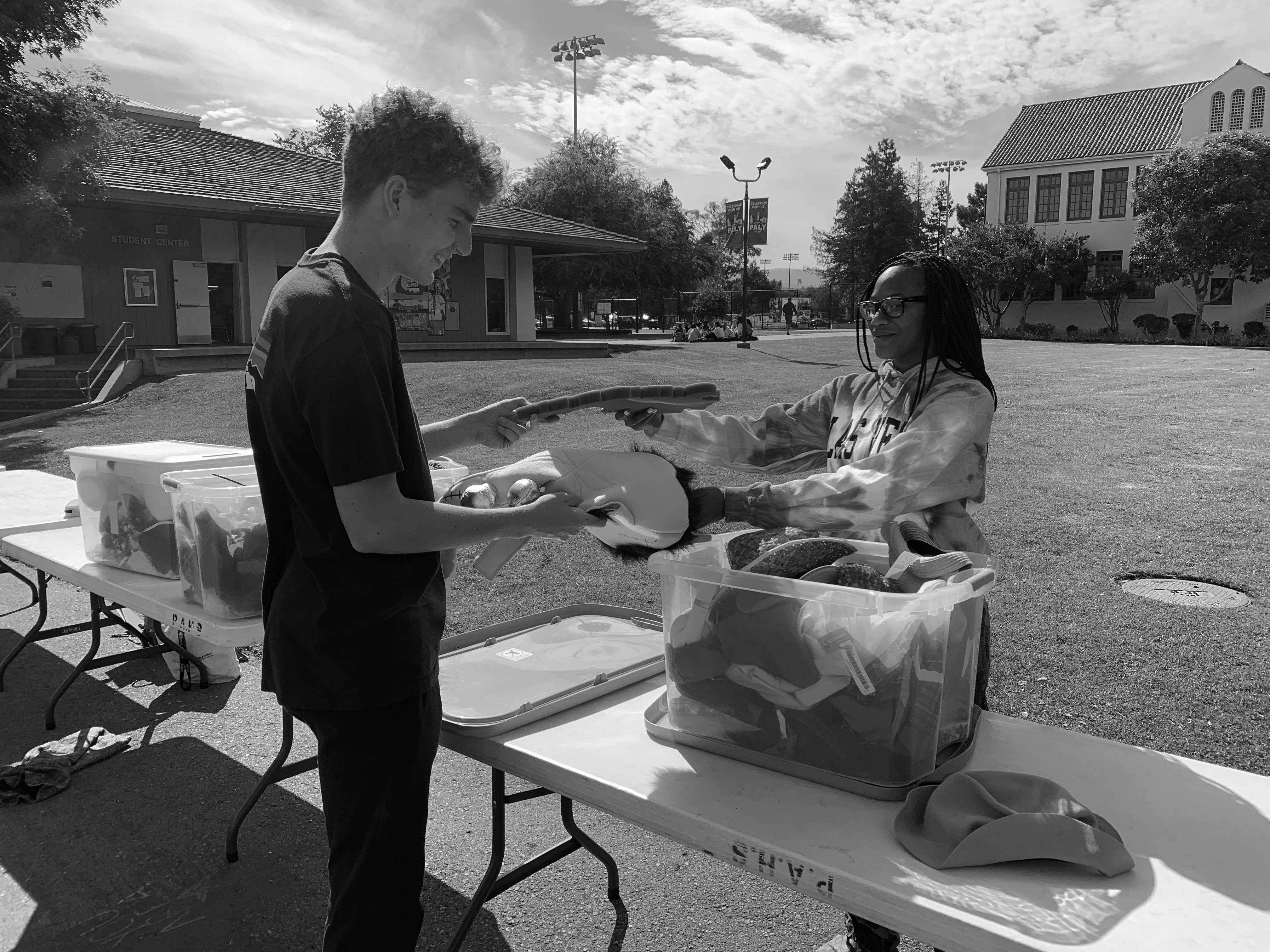 ASB prepares a variety of events for annual Spirit Week

With this year’s Spirit Week starting Oct. 28, the Associated Student Body is busy planning a multitude of events for the occasion that will serve to de-stress students and further connect the Paly community. According to ASB President Pooja Akella, Spirit Week is a time to connect with your class and have fun.

“Each day features intense lunch rallies complete with class cheers, big games and a best-dressed competition,” Akella said. “Throughout the week, classes work on their floats in the auto shop to present along with their class dance on the Friday afternoon rally.”

According to junior Social Commissioner Marina Buendia, ASB is excited to reveal what they have been working on and are ready to get Spirit Week rolling for this year.

“I am super excited for some of the new games that will be presented during Spirit Week,” Akella said. “Our spirit commissioners have been working really hard to find creative, inclusive games, so I can’t wait for the school to see them come to life.”

One of these spirit commissioners, junior Emma Lin, says that her job is to oversee and plan all aspects of Spirit Week, such as rallies, rules and games.

“It has been time-consuming but I think we’ve come up with something were proud of,” Lin said.

The majority of points are obtained during lunch rallies, where the opposing classes cheer for their respective teammates and compete against each other in games such as tug of war, relay race, guess the song and more.

“Usually the rallies we do are a lot of fun there are loud cheers, fun games and we get to see everyone who dressed up that day,” Lin said.

According to Buendia, a big part of Spirit Week is dressing up according to certain themes for each class each day.

“It is a tradition at Paly we have had for a long time,” Buendia said. “A week full of dressing up for different class themes and collecting points that rack up eventually deeming a class the winner of Spirit Week.”

In preparation, ASB has been working on the logistical aspects of Spirit Week.

“With Spirit Week and homecoming just around the corner, we’ve been busy designing and voting on games as well as discussing the dance theme,” Akella said.

However, Akella expressed concern over issues regarding sportsmanship during the rallies and hopes that students remain respectful of competing classes.

“One of the biggest challenges for Spirit Week this year is definitely going to be sportsmanship,” Akella said. “We have had issues with class rivalry in the past, and we want to make sure we address it before the week starts so everyone is aware of the consequences for their grade. We will be discussing the point breakdowns in ASB, and I know that will be a major part of the discussion.”

Last year there were issues with water balloon throwing and spray painting over the 2019 painting in front of the senior deck.

“Last year got a little out of hand, and we just want to make sure that people remember that even though spirit week is a competition, it is also about bringing Paly together,” Buendia said.

Because Spirit Week has been successful in the past, it is difficult to make changes as Lin sees fit. For instance, Lin wants to change the advisory rally and implement a fundraising event but she cannot due to the strict regulations made by administration.

“There are so many restrictions on what you can do so it’s hard to make changes,” Lin said. “But a lot of the games will change and include many students so that more people can participate.”

The night rally, a Wednesday night event similar to lunch rallies, is an event that ASB has been pushing to reintroduce.

“One of the biggest things we’ve been trying to do is get back the night rally,” Lin said. “But that is not possible because the student behavior that was outside school hours was kind of a disaster, so admin is not willing to let us.”

According to Lin, there were problems with alcohol and marijuana, as well as roughhousing among the students and staff.

While issues from past Spirit Weeks may hinder the outcome of this year’s, Lin hopes that ASB’s intricate planning will make Spirit Week highlight of this year.

Lin said, “We just want to make sure this week can be fun and inclusive for everyone.”